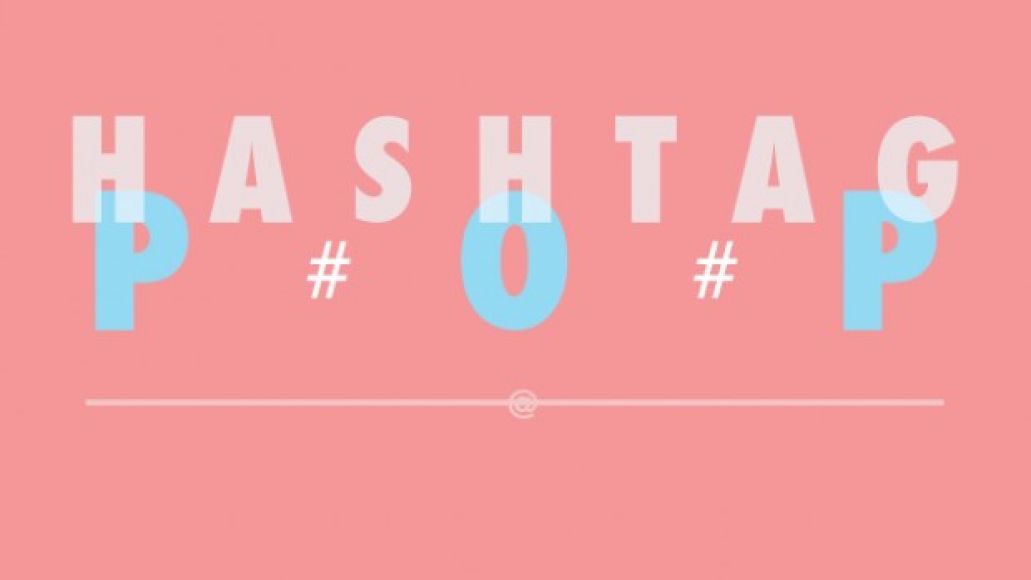 Hashtag Pop is a new column that explores the relationship of Top 40 hits and their presence in culture and the Internet.

Miley Cyrus did not invent twerk. 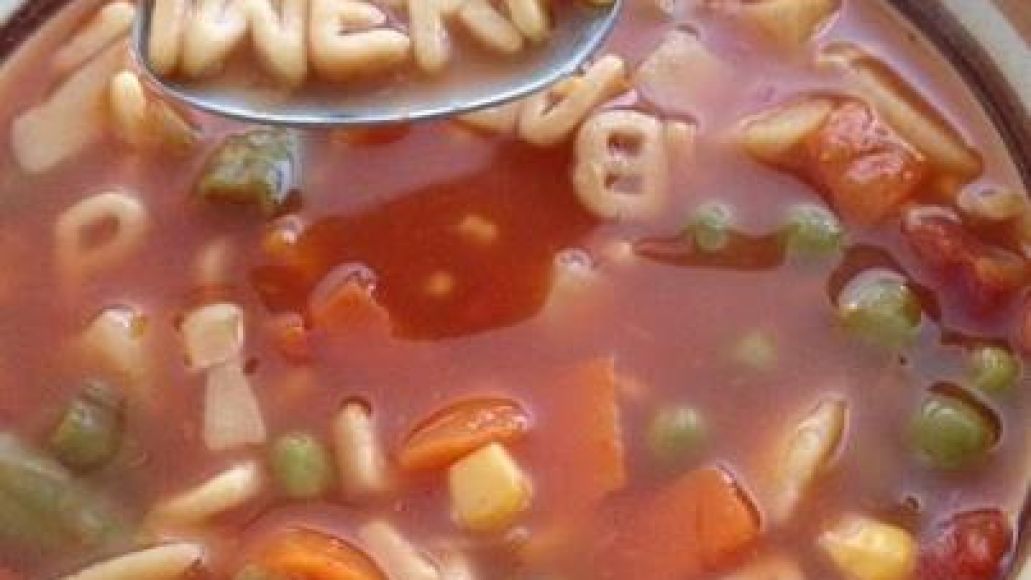 Or, maybe she did. The Internet wouldn’t know either way, really, because all the Internet can talk about in the wake of Cyrus’s Billboard-topping single “We Can’t Stop” is Miley twerking.

It could be because she’s white. It’s more likely because she’s white, and the daughter of a famous white guy who sang country music, and a former Disney child star. Now she has a Kid ‘n Play haircut, probably says “YOLO” in her daily personal life, and is tweetering on the Mendoza-Bynes Line. It’s like the VH1 head trust started planning the “fall from grace” section of future Behind the Music episodes from her birth. Even a few weeks ago, before the “We Can’t Stop” video, it didn’t seem like Cyrus was necessarily the next in the lineage of female celebrities reduced to psychosis by a combination of media over-saturation and Kris Kross fashion sense, though the video’s drug references and absurd content open up substance abuse and predisposed mental illness as possible contributors to any future public outbursts. Now it seems like TMZ, HuffPo, and others are insistent on forcing her down that path, even as Miley herself just come across as a normal adolescent, acting out to establish an identity separate from their parents.

While Vegas odds did peg her as the most likely to ascend to the dubious honor of Next Celebrity Breakdown (or at least Caesers did, according to my bookie), somehow she just seems like an unruly rapscallion. It was as if we viewed her as making Hannah Montana goon faces at Billy Ray between marijuana tokes and mocking lip sync renditions of “Achy Breaky Heart”.

But hell, maybe that is the right way to view it.

“We Can’t Stop” is not a song on its own that’s all that crazy. It doesn’t buy into her behavior like Lindsay Lohan’s reported offscreen antics during the shooting for The Canyons. It doesn’t intentionally draw attention away from that behavior like Britney Spears’ Blackout. It’s actually kind of sentimental sounding.

The video, however, is an entirely different thing. It’s received claims of racial appropriation, mainly because of the shots of Miley twerking surrounded by black girls, but it also features someone pretending to cut off their fingers only for Day-Glo pink frosting to shoot out, a white room populated by four dancing life-size teddy bears, and a dude laying in a stack of bread eating money sandwiches. It’s sexuality in absurdity. 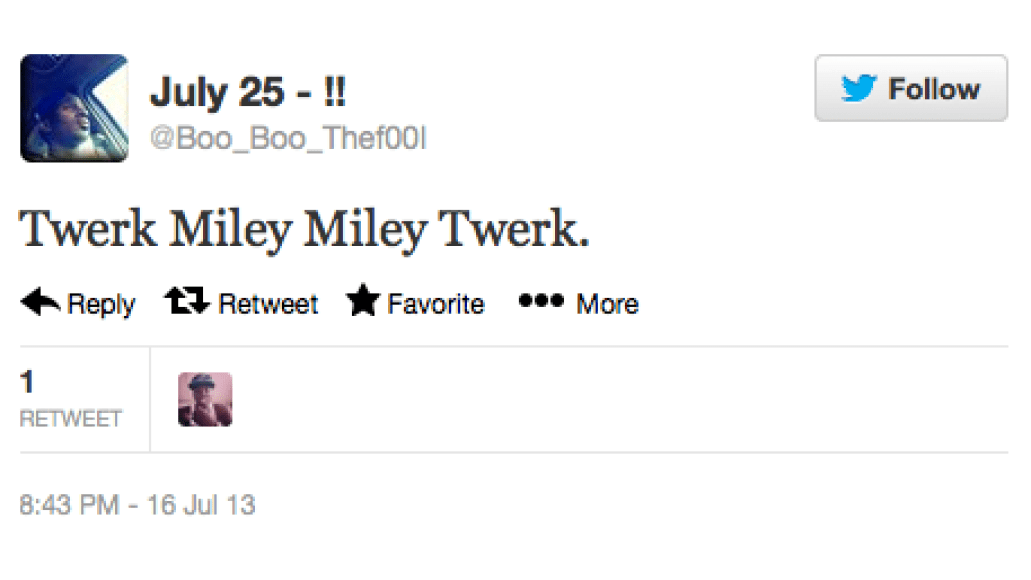 It’s also a comical caricature of every stupid catchphrase the YOLO generation has ever plastered on their Tumblrs, the logical conclusion of the nearsighted fist-pumping of youthful ignorance in songs like Avril Lavigne’s “Here’s to Never Growing Up”. Miley takes her friends out for all-nighters, encourages her ladies to shake their butts “like [they’re] at a strip club,” and literally says, “forget the haters.” 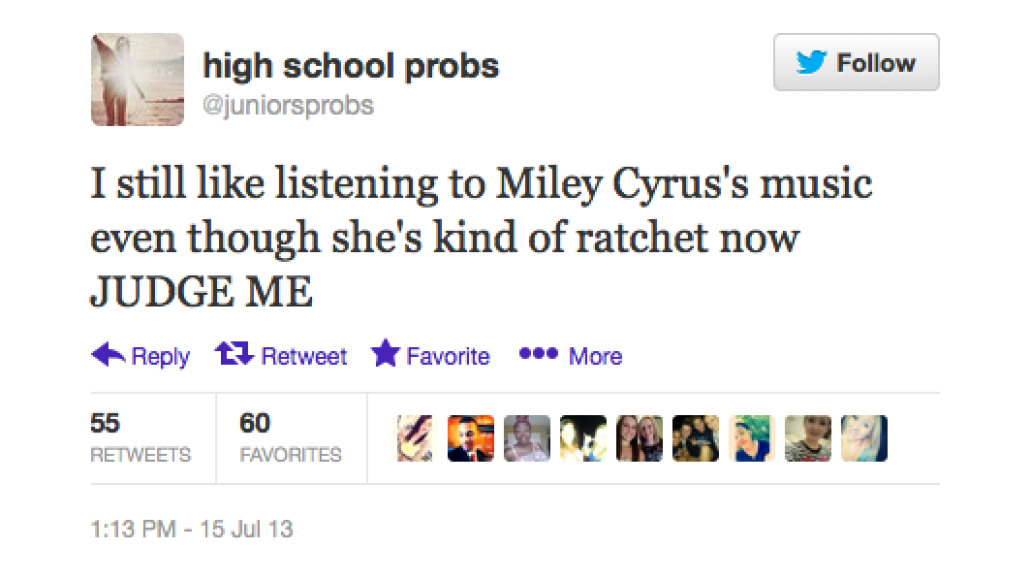 There’s also some hint of self-awareness in the “omg im soooo random, u guys!” absurdity of the “We Can’t Stop” video. Maybe Miley herself isn’t even the one aware here, but someone here certainly realizes the excessive silliness of actually having a crowd of backup singers shout, “It’s our body we can do what we want to,” and it shows in every frame. Let me reiterate: a shirtless guy lays in a pile of bread and eats a money sandwich. 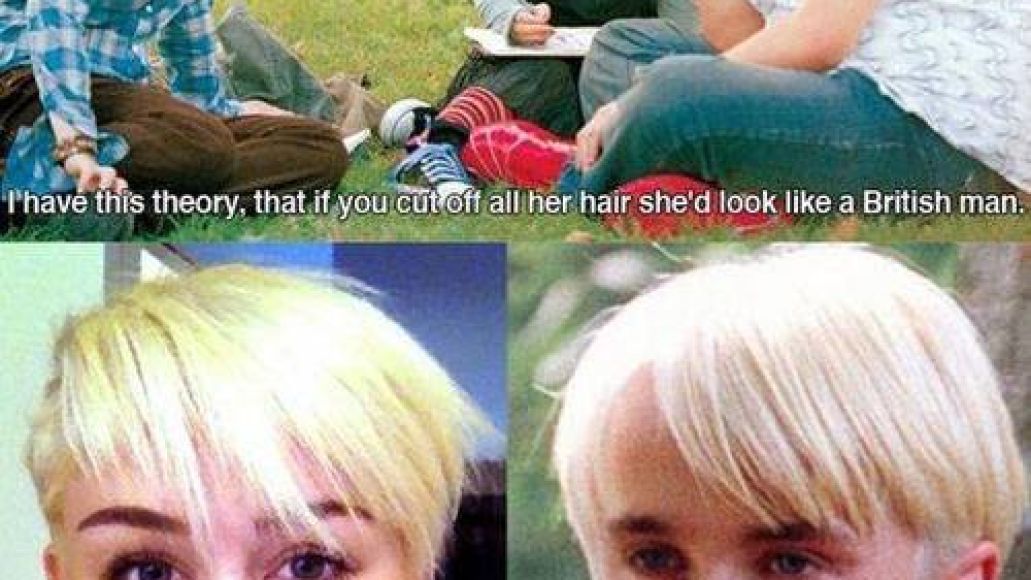 The Miley that exists on the Twitterverse also encourages the deification of her not as paparazzi nervous breakdown fodder, but as the goddess of white people who say stuff like “I’m about that life” out loud. In a world (the Internet) where the worst thing it seems you can be is exactly what you come across as, Miley is as transparent as — shocker — an actual person. She tweets earnest things about Trayvon Martin, spams emojis, trolls for followers, and posts selfies. She gets in online fights with her dad and then pretends her account was hacked. 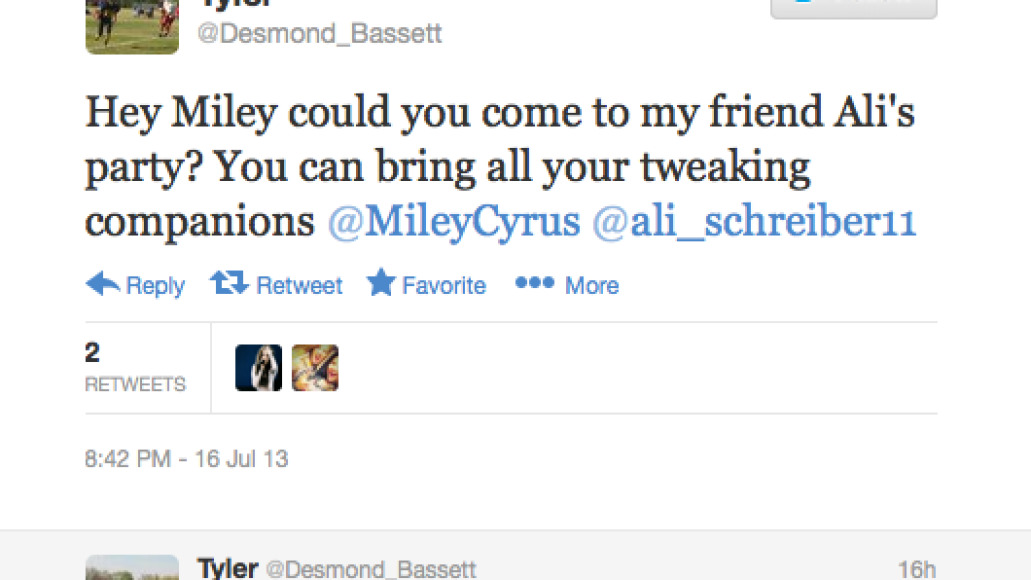 “We Can’t Stop” is ridiculous. Outside of the context of its video, it comes across bog standard teenage rebellion, boiling down complex emotional, interpersonal, and social changes to just ignoring everybody, pretending your middle fingers are edgy, and acting out even when you realize you’re acting out and feel kind of goofy about it. But, man, sometimes age 15 is like that. And sometimes so is age 25. It takes either willful ignorance or bravery in childishness to assert that without qualms.

Sorry, Jigga, but we need Miley Cyrus to be twerkin’ somewhere in America. 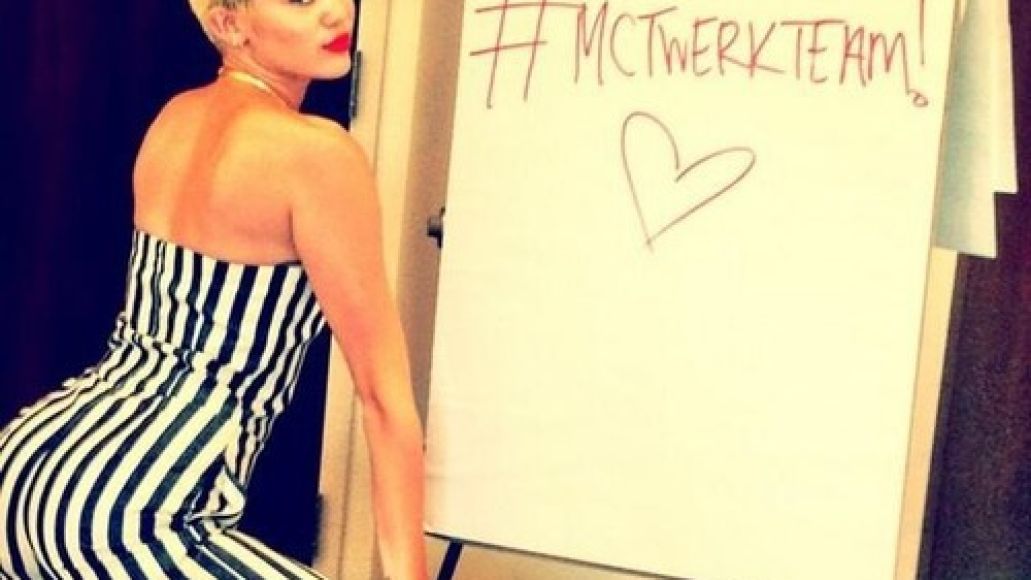