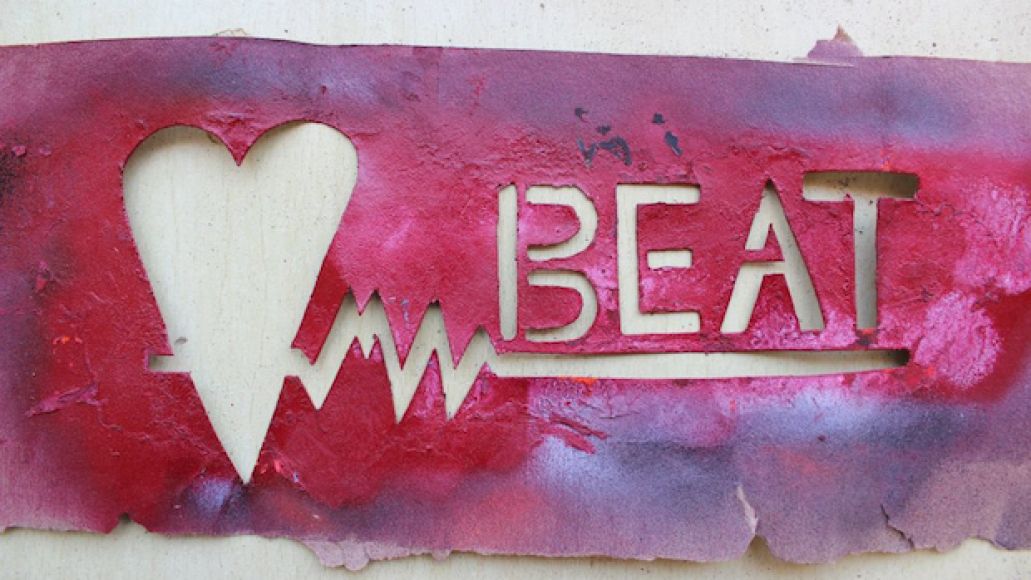 It’s eight o’clock on a Monday morning, and I’m stuck in Miami’s stubborn gridlock. I drift about a car-length between Belle & Sebastian’s “Piazza, New York Catcher” and M83’s “Don’t Save Us from the Flames” and abruptly brake again as the radio starts to spit out the day’s headlines: “Israelis and Palestinians begin peace talks for the first time in three years.”

The relief is physically consuming, as I expected to hear the DJ detail the region’s historic violence. Instead, I learn that U.S. Secretary of State, John Kerry, helped organize peace talks that are scheduled to resume today, August 14th, 2013.

Half an hour from home, with 10 miles yet to go, I breathe deeply. Progress, like traffic, it seems, moves ever so slowly.

Outside of the government-appropriated peace talks, 18-year-old Moody Kablawi is also working towards a dialogue between Israelis and Palestinians. His, however, is through music. A burgeoning Palestinian hip-hop artist in his hometown of Haifa, he began rapping in 2009, pouring over lyrics of Mos Def and other American and Arabic artists.

Although we can’t see each other while chatting on Skype, I imagine his words delivered through a big grin, as his intonation emphasizes the positivity of his statements. His English is respectable, having studied since he was eight years old, and his responses are peppered with small chuckles when he searches for the right words to say. 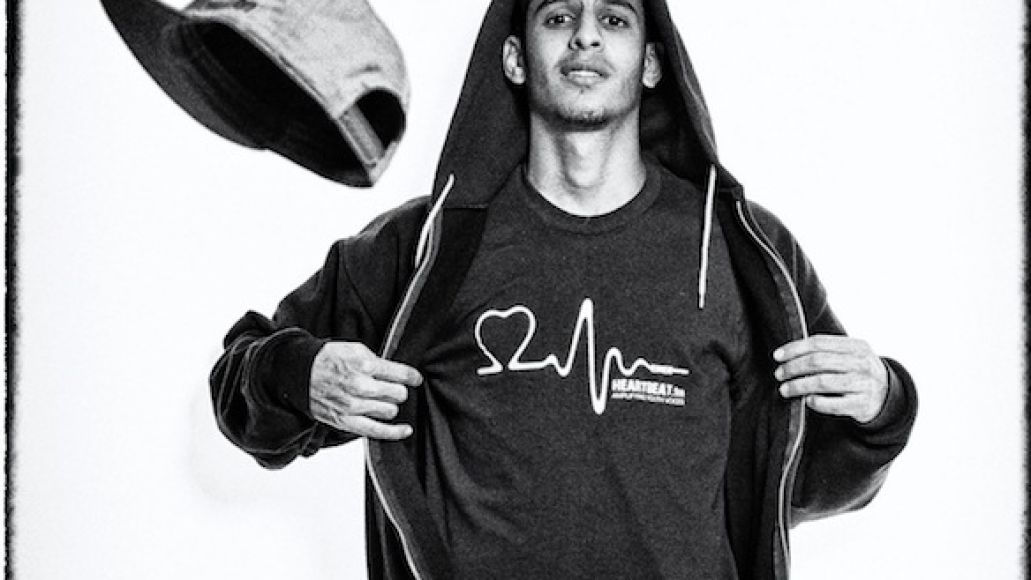 Kablawi has grown up with the conflict in the Middle East, much of which stems from territorial disputes over land smaller than the state of New Jersey. That land—now usually referred to as the state of Israel—is home to about eight million people, the majority of whom are Jewish, Muslim, or Christian. He turned to hip-hop as a new way of communicating about the challenges of daily life in the Middle East, a tactic that might be more effective than those used in sterile boardrooms and at expensive dinners.

He explains, “I realized that the rappers were shouting while rapping. They were talking from the heart, talking to the people… and using music to talk about the hard times.”

Likewise, Yasmina Abunassar feels this when she sings. The 18-year-old grew up in a Christian home in Nazareth and cites American pop stars like Christina Aguilera, BeyoncÃ©, and Alicia Keys, as well as Arab musical matriarchs like Fairouz and Majida El Rouri, as her inspirations. Her fierce red faux-hawk and nose stud accentuate her tough-but-jovial confidence.

“Because music is the language that everybody can speak, I think that music can touch the heart more than any other language,” she says. “It kind of gives the message in a pure way. You don’t need to talk. You just need to do what you love to do, and people will get the message clear. That’s what I believe.”

All of the students I digitally “meet” come from different regions in Israel and religious backgrounds. They have varying degrees of classroom education and musical training. Yet, they all reach the same conclusion: playing music together is the new kind of peace talk.

Kablawi and Abunassar are part of a Jerusalem-based organization called Heartbeat. Founded by Aaron Shneyer in 2007 as part of a mtvU Fulbright, Heartbeat originally started as a 12-person ensemble of high school students—half from the predominately Arab East Jerusalem and half from the mostly Jewish West Jerusalem—that encouraged dialogue between the disparate youth, while also sharpening their musical chops.

As it functions now, Heartbeat is divided into two elements: retreats that introduce students to each other and provide safe spaces for nonpartisan discussion and a variety of musical programs that foster songwriting, live performance, and creative expression.

When members of Heartbeat jam, the results reflect all of the cultures of participating members. They play violins and violas, guitars and basses, ouds and banjos, and all kinds of percussion. They sing in Hebrew, Arabic, and English and perform everything from covers of social importance, like Richie Havens’ “Freedom”,  to originals that they write and record together.

The son of a rabbi-slash-folk-musician, Shneyer grew up in what he calls a “progressive Jewish home” in Rockville, Maryland, and likes to say that he’s been carrying a guitar around with him since the time he could walk. 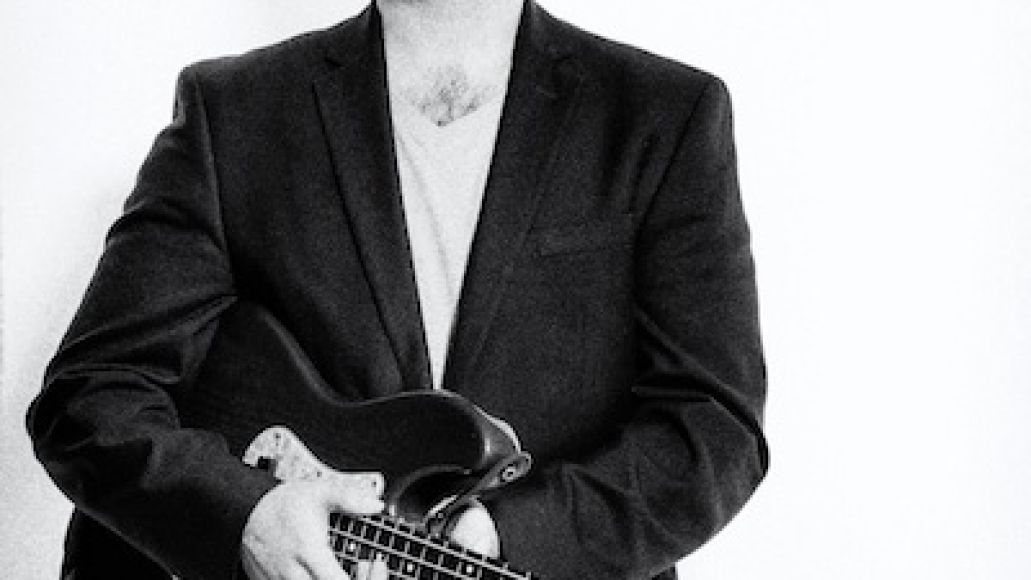 “Everybody loves music. Five minutes of music can take us deeper emotionally than most other forms of communication can take us in hours. Music is a physical force. It hits us. Plus, when two musicians sit down together and start playing, the masks—the walls between them—very quickly disappear,” he tells me, having just returned from his honeymoon.

“Playing music in a group requires respect between each of the members. Music demands equality. Without respect and equality, a band can’t function and definitely won’t sound good. In short, music provides the perfect tool for groups to build trust and provides one of the most powerful means for people to amplify their voices and influence the world around them. It’s by far one of the most powerful tools for conflict transformation.”

But due to the social and political complications in the region, fostering an organization with these intentions has proved challenging for both organizers and participants.

“When first recruiting youth for Heartbeat, the main Palestinian music school refused to offer my program to their students, telling me that activities with Israelis ‘normalize’ the status quo and hurt the Palestinian cause,” Shneyer recalls.

After reassessing his recruitment tactics, Shneyer eventually met with every Palestinian school principal in Jerusalem until he found 15 students auditioning for six places in Heartbeat.

Even now, Heartbeat students are not immune to skepticism and even distrust. Abunassar has found that her friends and family support her involvement in Heartbeat because, “they always wanted me to find a place where I can share my music and people understand me.” She continues, “As for some of my other friends, they thought that it wasn’t cool because they thought that they are Jewish and they’re here and it’s not their land, so why should I be with them and get around with their music, like I betrayed my people.”

Neomi Zahor, a 17-year-old guitarist from the town of Tivon, is part of the new Heartbeat group in Haifa. Raised in a liberal Jewish household, Zahor has also found support from her family and many of her classmates in her comparatively open school. She tells me that many of her school friends have attended Heartbeat shows, and a few have even joined the organization.

However, Zahor notes that others are not as accepting. “I don’t feel that comfortable talking with them about this project because I know they have a lot of prejudice about Arabs,” she says. “They can say things that I don’t like. It’s more complicated with them.

“I always knew that there was another side and a lot of injustices. I knew there were a lot of bad things, but I never met someone… who was close to me who told me, ‘I’m suffering because of that.’ When I got to Heartbeat, I met those people, and it became personal. You can’t actually make change if you don’t meet the people on the other side and build those relationships.”

When Heartbeat’s faithful gather and perform together, all of these cultural, religious, and political differences seem to dissipate; they are not just singing but living in harmony.

Heartbeat’s main programming includes the Hip HOpera for Social Change (which features musicians, dancers, filmmakers, and graffiti artists and has performed in Germany), regional musical groups in Haifa and Jaffa, and an international touring ensemble. Earlier this year, five Heartbeat students between the ages of 14 and 22 and numerous staffers road-tripped between Boston and Washington, D.C. for 15 performances at universities, music venues, and congregations, exposing Americans to their new method of conflict resolution through music.

And people are starting to notice. Heartbeat’s official music video for its musical patchwork, “Bukra Fi Mishmish”,  which is an Arabic saying for “when the impossible happens,” has already racked up almost 40,000 views on YouTube. And last month, Alicia Keys visited the organization’s headquarters.

Says Ami Yares, Heartbeat’s co-programming director who helped organize the U.S. tour, “We achieved national network exposure because Alicia Keys met with Heartbeat. Alicia Keys was amazing, but because of a paparazzi, the whole country knows about Heartbeat now when our meeting was broadcasted nationally on television.” 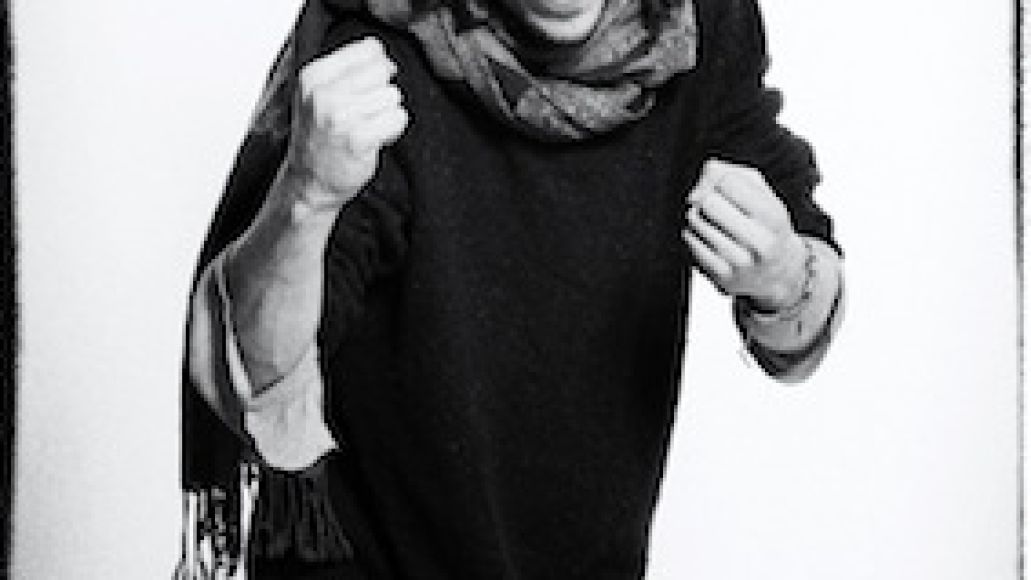 Although still in a nascent state compared to many other musical non-profit organizations, Heartbeat’s growing list of program offerings and revenue bases continues to improve. Individuals and families, foundation grants, and income from concerts and workshops fund the programs and retreats these days, and Shneyer believes that as more players and groups reach professional levels, Heartbeat will become a self-sustaining entity.

In the meantime, the positive difference that Heartbeat is making within its safe-space communities is tangible and real among the young participants. And their insights, delivered in such a way that belies a presumed youthful innocence, offer seeds of hope for a better future.

Guy Gefen, a 22-year-old Israeli guitarist, who often serves as the frontman of Heartbeat’s All Star ensemble insists, “I found a way to connect and to talk in a way that was above all the politics and separations. When playing, we were in a way equal. We were in a way one.

“I think [Heartbeat is] important because it provides a space for the youth of the region to come together and overcome the physical and psychological walls we have between us. It gives a sense of peace to the kids and later to those who hear the music that they created together. And once you feel that peace, then you know it’s possible. You know the peace is there, waiting for us to live it.”

Hilary Saunders is a writer based in Miami. She writes for Paste, eMusic, the Miami New Times, and more. Follow her @Hilary_Saunders

Heartbeat: The New Kind of Peace Talk for Israel and Palestine