Component is a section of Aux.Out for one-off pieces, special editorials, and lost orphans of the music discussion. Today, Eric Swedlund takes us into the desert, which proves a fertile land for rock n’ roll with Lightning Records.

Set back among the bouldered, sun-baked hills just down the road from the unearthly landscape of Joshua Tree National Park, Seth Olinsky and Ali Beletic are launching their effort to save rock ‘n’ roll.

There, under the expansive Mojave Desert sky, sits the headquarters of Lightning Records, with its own expansive definition of what’s at stake. Olinsky, of Akron/Family and Cy Dune, and Beletic, a sculptor and conceptual artist, count surfers, dirt bike racers, coffee roasters, architects, writers, photographers, and experimenters among their counterculture kin. 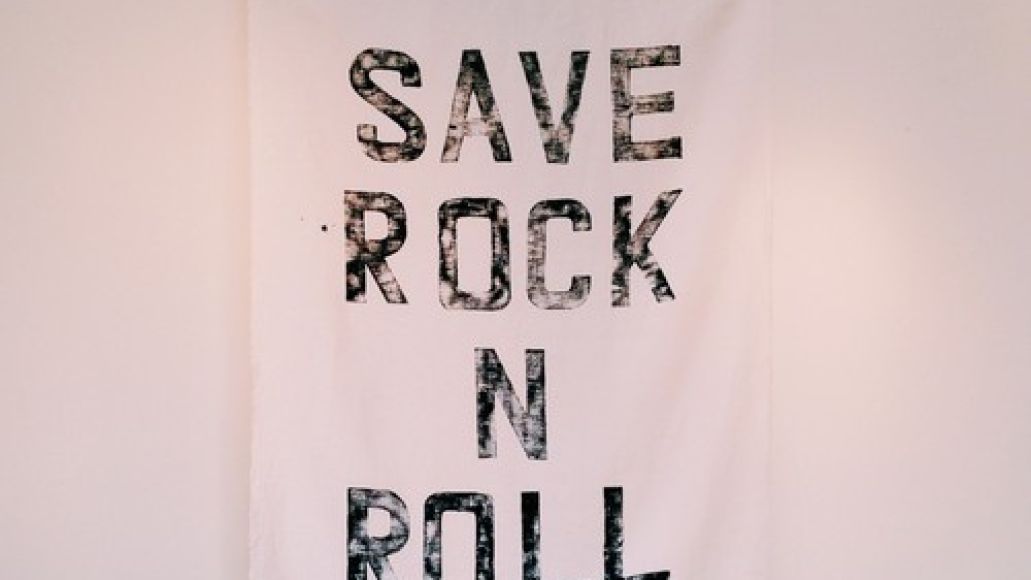 Lightning Records is a record label, a journal, a creative mishmash, a bold and idealistic collective of transcendence searchers, and a source of vanguard happenings in the desert. It’s about recognizing that music is people, music is creation, and the wild abandon served up by rock ‘n’ roll is absolutely crucial.

“We see music as this thing that’s been around for thousands and thousands of years. Celebrities and records and CDs all showed up in the last few decades, but in reality, music has this much, much longer trajectory as a human expression. We connect to music on that scale,” Olinsky says. “We as artists, and in turn as Lightning, place the root of our strength and our belief in that. Whether or not you call it spiritual, whatever your take is, there’s something about music fundamentally that is connecting to something larger.”

Olinsky and Beletic discuss Lightning in terms of their own growth as artists, a journey that began years ago in a bohemian, pre-social media New York. In Williamsburg, which retained a bit of an edgy frontier, they looked up to older artists, first-wavers who put their own scene together. But a big What’s Next? loomed, and they sensed the answer was elsewhere.

“When we left New York,” Olinsky says, “that was a big change for us. We look at New York as where we lived as young artists. It was amazing, the experience of being sponges. There’s such a density of creativity. After we left, it was very much about experimenting with what’s next. We wanted to get deeper into our own selves as artists, and we needed to be somewhere more spacious to explore that.”

The couple moved first to a horse ranch in Williamsport, PA, embracing living in nature away from the bustle. But they missed the connections, the ongoing cultural conversation of an art scene. For a while they tried Portland, OR, but ultimately found what they were looking for in Tucson, AZ, with access to community and culture but the ability to live outside of it and have the wilderness as well. 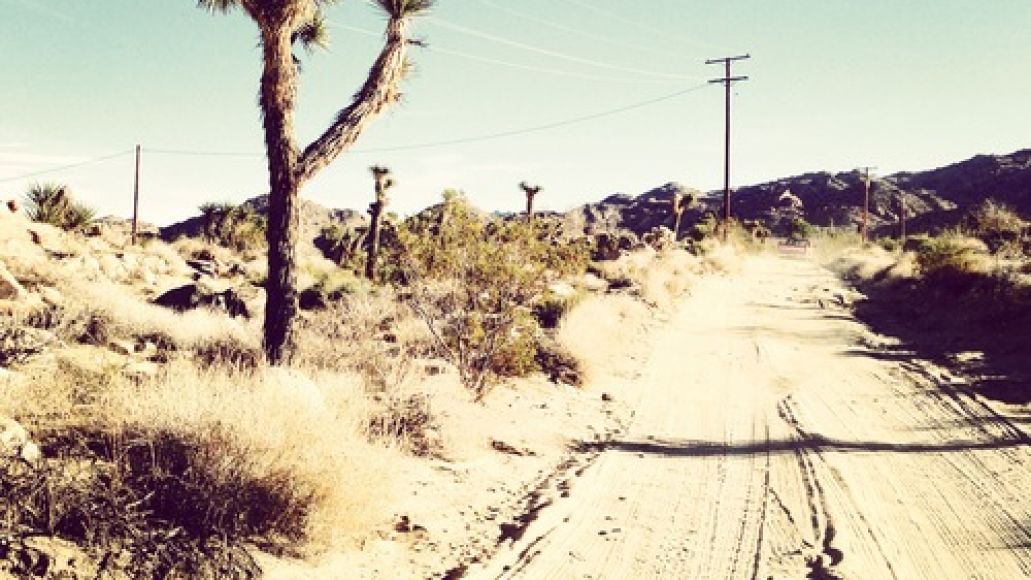 “I feel like a lot of the ideas that are in Lightning,” Olinsky says, “are a response to what we needed as artists. We’d been flirting as individual artists with the ideas and things that would become Lightning for a long time, in one way or another. If you look back and see all the ideas on the wall, it makes sense now. All that culminated with us moving to Tucson, committing to the idea of doing it. All those different trajectories lined up for us creating this place that would be a home for us as artists and place to bring together all these other artists who we want to work with.”

Intentionally and unintentionally, Lightning grew out of their search and their needs. Both set up studios in Tucson. Beletic organized sculpture installations in the Sonoran Desert west of town, with events that combined music, art, food, and hiking, driven by a communal spirit and the buzz of leaving the ordinary behind.

“I have this belief that there’s this really exciting thing that happens when you get people just a little outside of their norm or their comfort zone, get people excited and carried away and outside of the daily routine,” she says. “We feel like Lightning is founded on a concept of experience and bringing experience back to people. We talk about going to shows as a kid and what that was like, or going off-road dirt biking, or carrying heavy sculptures into the desert. All that creates community. But the root of all that is experience.”

In-the-moment experience and a sense of adventurousness help to define the mission of Lightning Records, and explain why artists, musicians, athletes and assorted wild-makers all belong under one roof.

“None of us are really defined by some of the subcultures that maybe in the past we used to be,” Beletic says. “These subcultures are so idiosyncratic, and they’re very hard to get into. But as human beings, we’re more well-rounded these days. We were trying to find a place where people didn’t have to be a musician or an artist or a jock. They could be expressing many of these things

“When you have big ideas, you can’t do them by yourself. You need to have a lot of people on board with you, whether it’s the scene or the supporters. Nobody looks at punk rock and says punk rock is defined by the bands. It’s a philosophy, and it’s a movement. It’s about the people. Both of us very much prescribe to that perspective. When you’re an artist, you’re just one part of a whole bigger thing, and we like that because it brings fulfillment to us.”

Lightning’s first-year plans call for the release of 20 albums in quarterly batches, each with an accompanying journal, and occasional get-togethers, termed Lightning Strikes, centered around art installations and musical performances. The label kicked off with two simultaneous parties, one at Joshua Tree Highland’s Art Residency Ranch and one at Cowtown Keeylocko outside Tucson.

The unusual settings were intentional, picked to foster different experiences, move people beyond their expectations, out of any ruts or predetermined roles they associate with music or art.

“We see and feel a lot of ways in current culture this trend toward boredom and complacency,” Olinsky says. “I think people have even tricked themselves into thinking they’re not bored.

“I’m a musician, so I see it at shows. I feel like a lot of shows are really boring. We all know what we’re going to expect when we see the touring band with the local band opening. And maybe they’re really good and put on a great show and have dance moves, but it’s still gotten compressed into this box, and we know the experience so well that it doesn’t really shake us up at all. 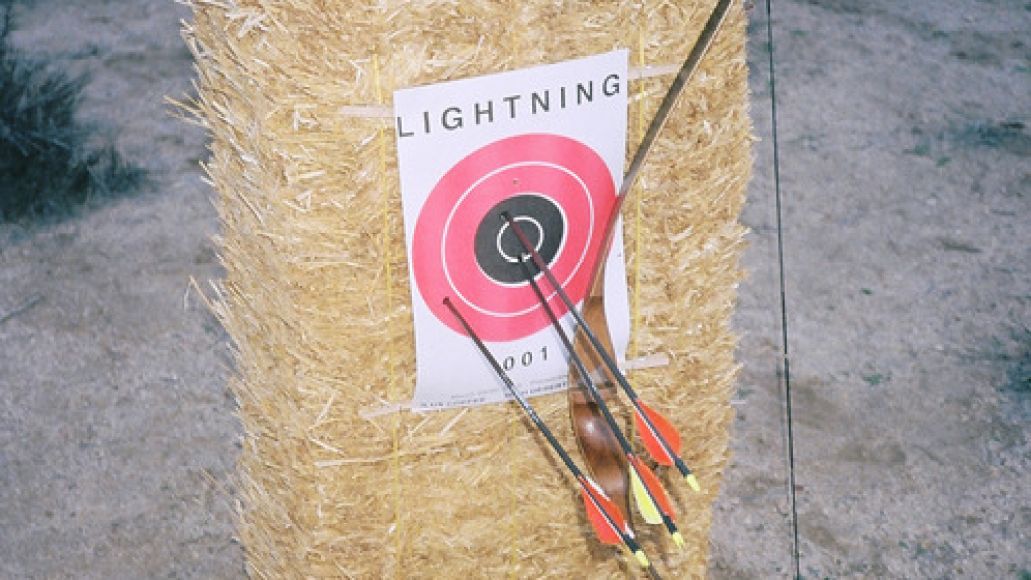 “The musicians, the bartenders, the audience, the experience is so controlled and so spelled-out these days that a lot of spontaneity and wildness has been removed. That boredom has really crept into our lives, and we’ve accepted it. But people are coming, and I think everyone there really wants something. Music is this ancient, spiritual force, and whether you acknowledge that or whether you call it joy or just call it a good time, music is still giving you something on that level. We’ve just gotten so removed from that in some ways. Lightning relates to this punk idea of pushing against, of going against. We wanted to bring this energy back.”

Olinsky and Beletic considered Bored Records, calling out what they see as a cultural epidemic, but went the opposite way with the name Lightning.

The inspiration and influences for Lightning are centered around both the rock ‘n’ roll and punk explosions, the fresh and raw and the vitality of new sounds and new creators.

“When rock ‘n’ roll came,” Olinsky says, “it was this wild, sweaty, contrary thing that really pushed against what was going on at the time. It came from a dangerous place. It was on the other side of the tracks. There was something foreign to it. When you’re in an experience for the first time, your eyes are wide open, you’re taking it in. It raises your awareness level. You’re more alive because you have to be. It’s instinctual.”

Inspired in part by the artistic communities and ideas found in books like Patti Smith’s Just Kids and David Byrne’s How Music Works, Olinsky and Beletic say their goal as label curators is to create parameters that encourage artists, to create a breeding ground for new ideas.

“We’re not trying to make experimental music,” Olinsky says, “But we are trying to create a space for experimentation, just for artists to get in touch with themselves outside of the boundaries the traditional structure of releases puts on them, to give them more creative room, so they’re able to tap into something a little deeper in themselves. The intention isn’t for it to be experimental music or avant-garde, and it’s also not to shun that either. The directive is more focused outside of genre and on the spirit.”

“The interesting thing about the first batch and the first year,” Beletic says, “is a lot of what we’re trying to do with the magazine based on our own network and the people we know. I think it will start that way, and the circle will grow as more people become involved. With the first batch, this is the most immediate connection, and it will slowly work its way out from there.”

Olinsky and Beletic consider Lightning analogous to the sort of bohemian arts scenes that popped up over the years wherever rent was cheap (Paris, Prague, New York) and to the creative bursts that happened before anyone was really watching. Only, in Lightning’s case, the community is thoroughly modern, unconstrained by place or even time. While it doesn’t exist in any one place, it exists to bring those people together, forming a disembodied art scene, where artists can both overlap and have their own spheres of influence. 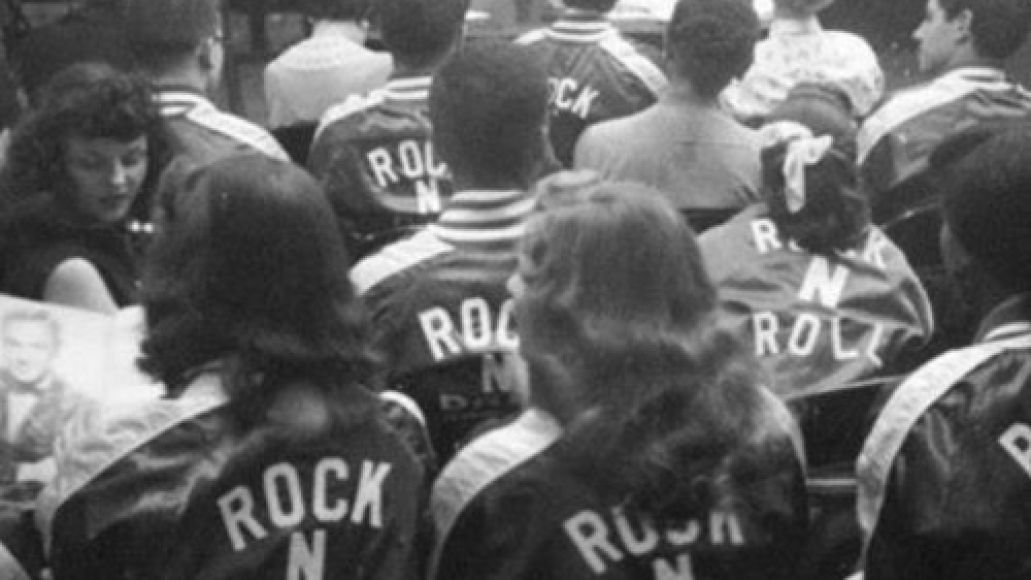 “In the magazine,” Olinsky says, “we explore all these different subcultures and how they came to exist. A lot of them are very localized, and I think it’s pretty obvious that it’s important for people to be able to get together in order to create something together. But how do you create some of that same energy in a more global time and make it still feel local? It’s trying to navigate a new perspective on that.”

Starting from the circle of people they have a tangible relationship with artistically was the natural choice. So was making the records and magazine complementary components.

“I always find I hear music much more intimately once I’ve met the person,” Olinsky says. “I almost relate more to the person than the music. The magazine is a way to explore that. A big part for us is showing the story of where musicians are coming from and how they’re piecing together the different parts of their story and how all that comes together in what they make. When you connect the music to all of that, it takes on a whole new value and a whole new life.”

Lightning’s first series of 20 albums will also include Sam Amidon, Greg Saunier of Deerhoof, Algae and Tentacles, and Beletic.

“I have a song called ‘Rugged Ancestry’ about this archetypal spirit that has traveled through all of our ancient ancestry that brings this fervor and vitality,” Beletic says. “And I think rock ‘n’ roll is an expression of that archetype and something I hold dear to my heart and something we can plug into with Lightning.”