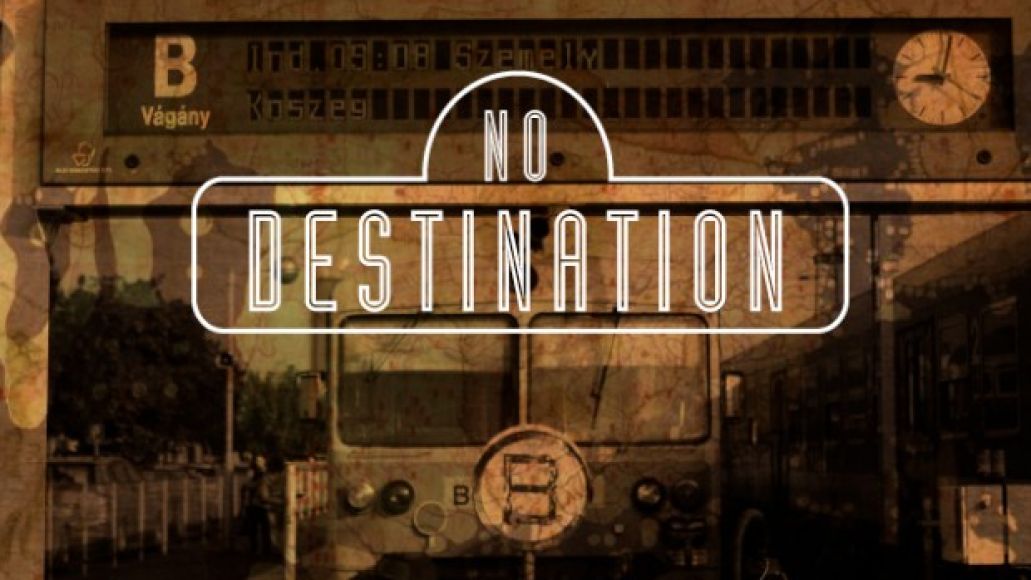 A column about music and travel would be remiss if it didn’t take a brief glimpse at the travel inherent in much of music-making: the tour. This month, we’ll take a look at touring through the eyes of two filmmakers (full disclosure: one of them is my former editor from my days as an intern at Paste magazine) who set out to make a documentary about live music by putting rubber to pavement and imitating the tour life while filming. As it turned out, the experience itself gave them a newfound understanding of how this intersection of music and travel can be fulfilling — and the sacrifices it requires.

The allure of the road is a time-honored cliché in rock and roll. It brings out the debauchery, the visceral tension in personal relationships, and the knack for altering one’s sense of …oneself. In the summer of 2010, two old friends Steve LaBate and Scott Sloan set out to document musicians’ life on the road and take the pulse of rock and roll in America in a project called 40 Nights of Rock and Roll. Traveling 16,000 miles in 40 days, they met idols, saturated themselves with music, almost killed each other, and flirted with the very redemptive, punishing road muse they had set out to understand. Neither the filmmakers, nor their relationship, has been the same since.

“Me and Scott were sort of at a crossroads in our lives,” Steve told me of the spring of 2010. Steve had just left his position as associate editor of Paste magazine after seven years. Scott, an aspiring filmmaker, had long worked in the corporate world and was ready to get out. “He started acting like the guy in Office Space, showing up late, having a few cocktails at lunch, trying to get fired. He had been such a good employee, they just didn’t understand. They were like, ‘What can we do to help you?’ Somebody would be getting dressed down in a meeting, and he would stand up and start clapping,” Steve recalls.

Sure enough, Scott got himself fired, so when Steve called looking for consolation after his last day on the job at Paste, “Scott was like ‘Fuck yeah, congrats buddy!’ He thought it was a big opportunity and that we should do something big.”

After seriously considering a gig in Argentina using assault rifles to take out the pumas who were terrorizing grape pickers on a vineyard, Scott and Steve settled on making a movie. They’d hop in a Jeep and drive all over the country, interviewing everyone from Charlie Louvin to of Montreal about what brought them to rock and roll, why life on the road is “brutal and dangerous and difficult,” and what makes all the hard work worth it.

“I think when you look at the archetype of the road in America, that’s something very special,” Steve says. “Traveling becomes a metaphor for freedom and transcendence. Those things are a big part of what rock and roll is. It’s almost the same as riding the rails. People used to have all these adventures, and you could travel all around the country. There was this untethered sense of freedom. One way to have those experiences is being in a touring band on the road in rock and roll. The sense of freedom and rebellion that goes with being on the road — travel and rock and roll go hand in hand in that way.”

Two and a half months after their fateful phone call, Scott and Steve were behind the wheel. Scott had sold his home, and together they raised Kickstarter money to finance the project. They quickly fell into the touring lifestyle.

“It was brutal,” Steve says. “Throw in the fact that we’re drinking every day. You start to see how musicians develop drinking and drug problems. Our lives started to mirror the bands on the road, which I think helped us connect with the bands in a big way.”

“Many of the artists we interviewed talked about the hardships of the road; getting your gear stolen, sleeping on the floor, eating ramen. Blood, sweat, tears,” Scott says. “But you get onstage and look around and say, ‘This is what makes it all worth it.’ The artists and ourselves were reminded of that each time the music started up. It’s something that helps you get through the day. The magic of the event. It speaks to the strength of the music that there is something you can go do that night that is so good it makes up for everything else that sucks, sucks, sucks.”

As for the “everything else that sucks” — it didn’t take long before Scott and Steve started to clash. Hard. Their story began to imitate the stereotype of bands, like storied hatred that grew between Smashing Pumpkins or Liam and Noel Gallagher.

“You work with someone who’s stubborn, lazy, irresponsible, yet totally self-confident,” Scott says, still sounding irritated two years after he and Steve wrapped shooting. “It’s fucking awful! But I’ve learned to look past that. And he has a nicely trimmed beard.”

Steve and Scott were witnessing firsthand what seasoned touring bands already know — as transcendent and rebellious as touring can be, “the road is a magnifying glass for your faults as a human being. We saw the ugliest sides of ourselves,” Steve says. “Everything you can normally suppress comes out under those circumstances. I remember being with Scott on the phone [after we’d finished filming and settled in different cities], and he we has like ‘I hate your fucking essence! I hate your soul!’ And I was like, ‘The second you get off the plane [to meet me in Atlanta], I’m gonna punch you in the mouth!’”

The music, as it has been for innumerable bands over the years, was the thing that held the project together. No matter how much they fought, both Scott and Steve baptized themselves each night in the press of the crowd and the thrum of a guitar’s opening chords. They developed a wealth of shared experiences with the artists they were interviewing — living on gas station food, spending working hours in bars full of vice and temptation, cramming into small spaces with a creative partner they often wanted to sock on the nose — that afforded them a special connection with their subjects.

“I feel like every single person we talked to saw it in our eyes and knew. There were a handful of bands that weren’t really road-tested bands. But any of the real touring bands were like, ‘Oh you guys know,’” Steve says. “There’s this band in the movie called The Moaners, these two totally badass girls from North Carolina who play sludgey Delta blues/metal. We were talking about how we were getting in all these fights and arguments, and they started recounting some of their own, and it threw them back into one and things got heated between them. One was like, ‘Remember that time we were in the airport and you were such a bitch?’ And the other one said, ‘Yeah, you want me to tell them why? You want me to tell them why I was being a bitch?!’”

The twosome’s ability to relate to their subjects and enthusiasm for the music and lifestyle brought out a side rarely seen in some of the artists they featured. One favorite of Steve’s was Jonsi, who has a reputation for being a dreadful, reticent interviewee. But his face lit up when, instead of asking him about Hopelandic or his fanciful aesthetic, the duo asked why he fell in love with rock and roll. Smiling, he launched into a story about spending his days with his first guitar learning to play Iron Maiden, Metallica, and ACDC.

It comes as a rude shock to fans when the artists they love take extended periods of time off after a big tour to spend time with family and enjoy life outside of the closed loop of the band. But after watching the teaser clips on 40 Nights of Rock and Roll’s website, that sort of decision begins to make sense. By day 16, the camera finds Scott in a dark hotel room, peering out the window onto a sunny parking lot, wondering aloud, “Are we supposed to believe that this is a safehaven for road-weary car men or a stop on the hydra’s head?” In a later video, he records a tight shot of himself laughing maniacally. They were starting to lose it.

It was a bit of a rude shock to Scott and Steve, too, to find themselves, having finished filming, unable to stand their footage or each other long enough to put together an edit of their movie. Like a group of musicians who’d spent too much time in the same small van, they needed a break. “The psychological damage of the trip, it took us a long time to get past that,” says Steve.

Somewhere along the way, their trip had taken a dark turn, with the number 666 popping up too often for comfort and the influence of a seemingly prophetic hitchhiker who’d told them menacingly that God and the devil were the same entity hanging over them. The filmmakers, no doubt influenced by their inability to get along, were experiencing the interplay with a sort of doom and gloom mysticism that enjoys a romantic status in art from Blake to the music of rock and roll icons like Led Zeppelin. They started suspecting cow-eyed travelers at rest stops of being zombies. They’d set out to prove that rock wasn’t dead and in doing so were swept up into its whirlwind of good times, existential loneliness, self-loathing, transcendent moments of auditory rapture and the flickering presence of the dark-light Oz that underlies everything.

After their 40 nights, both men struggled to return to normal society. Steve took some time off to drive rather aimlessly around the country. Scott, repelled by the feelings their footage conjured up, put aside editing for a while, worked in a railroad yard and kicked around the idea of going into business with a legal weed grower in Colorado. Just over a month on the road together did damage to their friendship that took years to mend. They berated each other over the phone from different states and wrestled with the idea of abandoning their project altogether. But even when one of you has accidentally broken the other’s ribs with a baseball bat (which Steve did), even when you’ve wanted to wring your partner’s neck, there’s something about sharing in the feral force that has brought back together epic frenemies like Sting and Stewart Copeland, The Jesus and Mary Chain’s Jim and William Reid and our protagonists. They couldn’t just walk away and are currently putting the finishing touches on an edit for SXSW’s October 4th early submission deadline.

That doesn’t mean their friendship is totally mended. “Is reconciliation the same as acceptance?” Scott muses. “Maybe. I have begun to accept who Steve is. You can’t really change people. It’s still very difficult, but we’re moving ahead. We’re united. When you know so much about somebody, it’s just different.”

While on their trip, Steve and Scott came up with a term for the experience — “funishment.” It seems like the perfect word for the hodgepodge of pleasure, pain, swagger, and fear that populates the lives of road warriors. Maybe they could only capture that ethos by living it themselves, and maybe they’ll kill each other before their footage sees the light of day. But after 40 nights in the dive bars and arenas of this great nation, they can testify: rock and roll is alive and well in America.

No Destination: How to Kill a Bromance in 40 Days