Technicolor Sound is a monthly column by Laura Studarus. These pieces intend to examine the overlapping spaces between music and film, using the writer’s home of Los Angeles to confront and interpret the world around her via realities on screens large and small.

Sometime during my teenage years I began to believe that anything that came from “elsewhere” was somehow superior to what I could find in my Southern California suburbia. (A glance at my passport stamp collection confirms that this may still be true.) But it wasn’t until studying abroad in France that I had the language skills to appreciate that the version of the world I had experienced through subtitled films was often more CliffsNotes than CinemaScope. 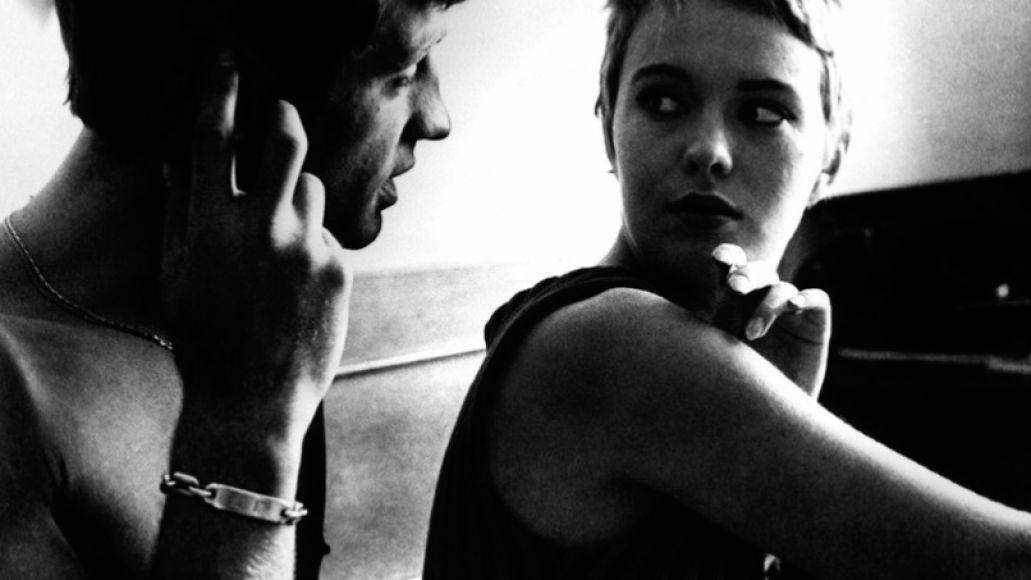 I was the rare exchange student—I went to Paris with the actual intention of learning French rather than partying. While my spoken language skills inched slowly forward, more jazz club than academic (even now my version of the language is both unglamorous and gender-dysmorphic), my comprehension flowered thanks to a film appreciation class. It was tough. Despite attempting to teach the intricacies of Godard and Truffaut to a clutch of hung-over American students, our professor insisted that we watch each film “sans le sous titres.”

Even though still limited to following conversations where no one shouted or spoke quickly, I fell hard for Godard’s landmark ’60s film Breathless, the story of a young American girl (Jean Seberg) and her dalliance with a “no-good gangster” (Jean-Paul Belmondo). In an act of academic rebellion, I returned to school on a Saturday, grabbed a copy of the film from the library, and proceeded to rewatch it…with subtitles. It wasn’t far into the film when I realized that there was a notable schism between the subtitles and what the characters were saying. Or at least what I thought they were saying. It wasn’t so much a rewrite as an edit. A phrase rewritten here, a word dropped there, leaving the exact subtleties of meaning lost under the linguistic waves. I instantly felt hurt by my own language.

Obviously there’s nothing wrong with valuing emotion over the transfer of information. (It bears pointing out that Sigur Rós has made a career out of it.) But my feelings of betrayal surrounding Breathless were hinged on not understanding the rules of the game as they were presented, augmented by an elementary understanding of language and a large set of rose-colored glasses for the culture. The hurt came due to a single belief, that I, as a viewer, had to know every angle of a piece of art (film, music, etc.) in order to justify my appreciation. 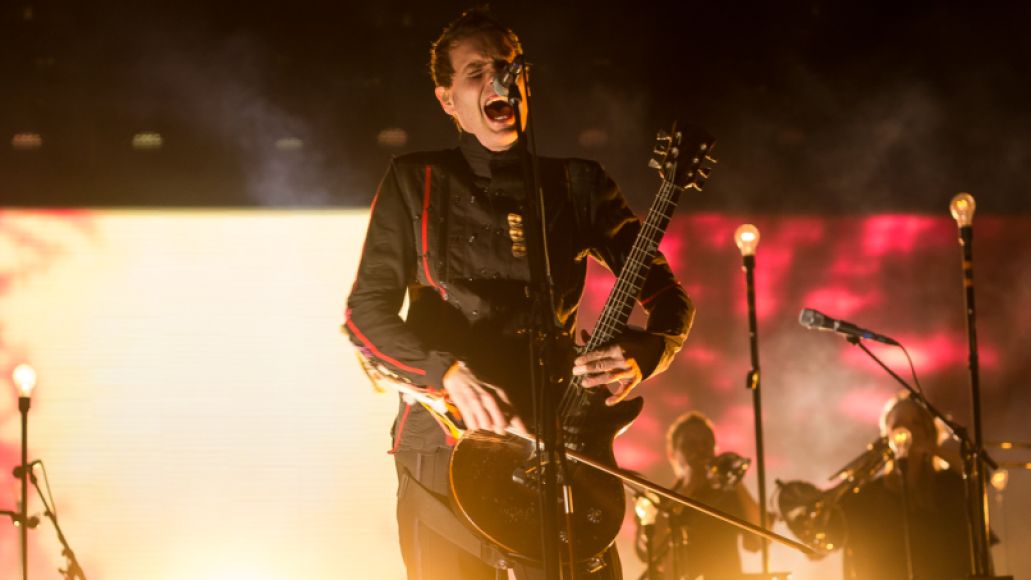 Little did I know that I had inadvertently invented an already well-accepted concept—The Auteur Theory. Championed by French film periodical Cahiers du Cinema in 1954, the fancy film school term states that the film is a director’s personal vision. Not only is he calling the shots, but he’s also determining the piece’s ultimate meaning and worth. End of story.

In a way, it’s the Auteur Theory that drew me to music journalism. There’s a joy that comes along with crawling around in a musician’s business and asking them to justify their creative decisions through a series of personal questions. We crave insider knowledge, so we go to the source to get it. But to holistically apply the Auteur Theory seems to only tell half the story. (Any musician who has ever delivered a frustratingly obtuse interview in the name of preserving your mystique—consider yourself let off the hook.)

The Knife’s most recent effort, Shaking the Habitual, was billed as a feminist manifesto. I won’t argue against the album’s strengths. At over an hour long, it is a sprawling, ambitious work, full of gutsy instrumentation and alarming artistic choices. But let’s be honest, how many of us would have come to the conclusion that the band was bent on taking down “the man” without having first read the press release? Sure, the Swedish duo could be called auteurs—but given delivery of their message, from elaborate stage shows to inscrutable videos, their vision often felt lost in translation. 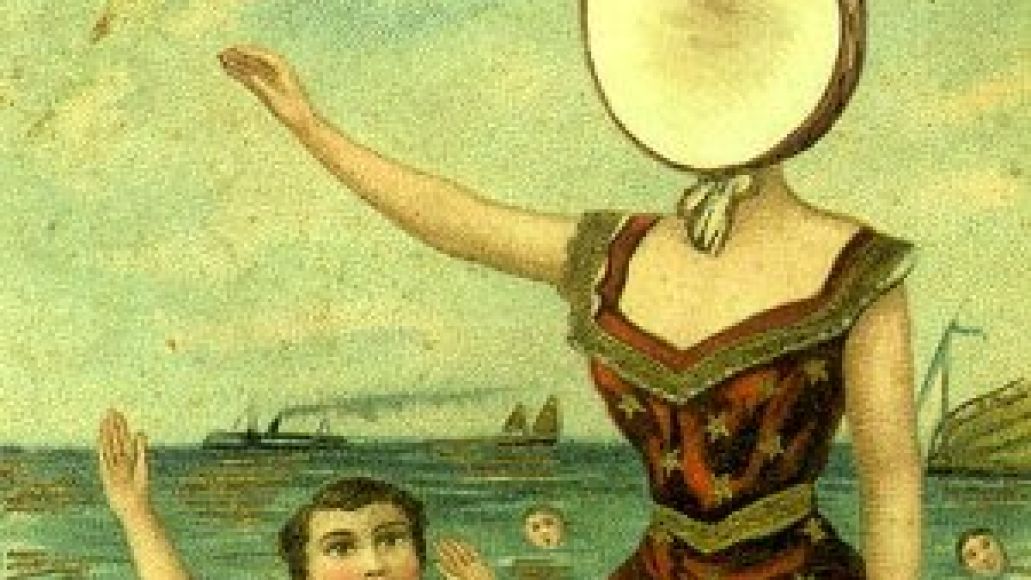 In the same vein, what about Owen Pallet’s Dungeons and Dragons opus, He Poos Clouds? Neutral Milk Hotel’s Anne Frank tribute, In the Aeroplane over the Sea? Or perhaps David Bowie’s The Rise and Fall of Ziggy Stardust and the Spiders from Mars? Modern music is littered with concept albums united by a specific theme and meaning. But what if we choose a more surface reading of the material, or (quelle horreur!) thumb our noses at Truffaut and the gang and attach a meaning to the work that contradicts the musician’s initial intent? Does this somehow devalue their efforts, that at the end of the day they made a compelling album where their vision is no longer tantamount to understanding?

The Auteur Theory would claim that it does. But doing so discounts one of the most obvious facets of art: it’s an exchange. The listener/viewer/consumer is the final link in the process. And since we don’t burst into song any more than we see the world in a series of cinematic jump cuts, even the most inwardly directed artistic expressions are up for debate when made public. If you want to be completely understood, release a spoken word album.

Chuck Klosterman did an excellent job teasing out this concept in Killing Yourself to Live. In his book (billed as 85% a true story), Klosterman road-tripped across the U.S., visiting sites where famous musicians died. What he concluded probably isn’t a surprise to any couple who has had an “our song” moment, the pre-teen who is convinced Justin Bieber just “gets” her, or a politician picking a campaign theme—context determines emotional response more than the art itself. Klosterman couldn’t make himself feel sad about Buddy Holly’s plane crash while contemplating his issues with women any more than a song poisoned by a soured relationship can regain its appeal. 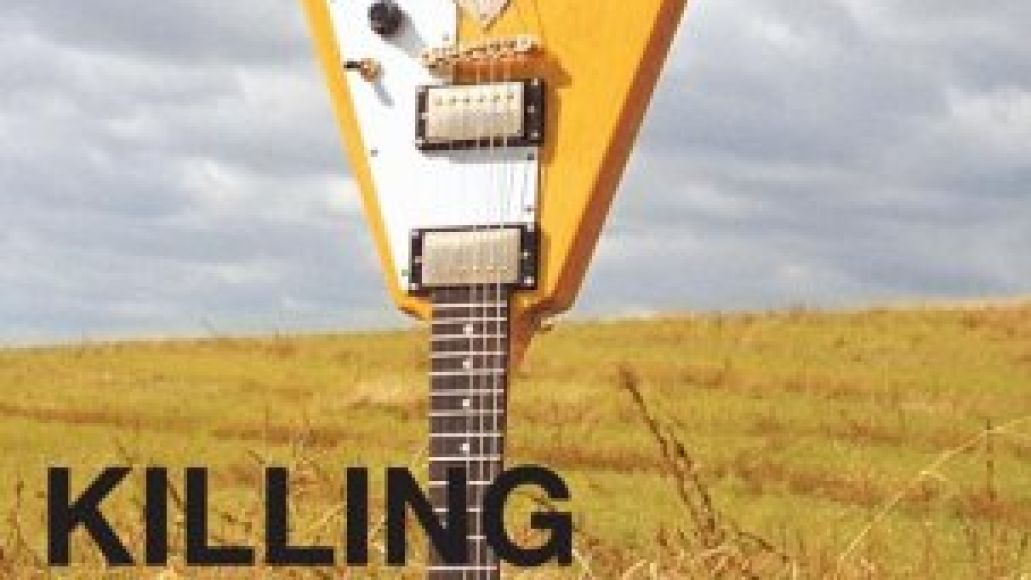 “Art and love are the same thing,” Klosterman writes. “It’s the process of seeing yourself in things that are not you.”

Since we’re constantly being reformed by our experiences, the selves that we see in art will always be different. Titanic will never seem like more of a work of art than when I saw it as a teenager. The Cure will continue to thrill me as an adult, but “Let’s Go to Bed”, regardless of context, will always always be my five-year-old anthem. Translation? Sorry, Auteur Theory enthusiasts. It’s not you. It’s me. Really.

Artists: you want to protect your creation from the well-meaning consumers eager to add, subtract, or augment your original intent? Great, include it in the liner notes, clarify your position in interviews, or send out a press release. We’ll certainly be listening. But if you want to tell us how to feel, good luck.

We aren’t all filmmakers. We’re certainly not all musicians. But we can all be art appreciation auteurs. With all due apologies to the French, go ahead, add your own meaning.

Previously on Technicolor Sound: What Does the Term “Lynchian” Mean for Music?

The Auteur Theory and the Entitled Listener