Component is a section of  Aux.Out. for one-off pieces, special editorials, and lost orphans of the music discussion. Today, Mischa Pearlman reintroduces us to Violent Soho – a band that made it, and found out making it wasn’t really all it is cracked up to be.

One of the biggest fallacies in these days of global capitalism and populist-driven society is that success is purely quantifiable. That’s especially true in music – that your value as an artist is proportionate to your media profile and the number of Twitter followers you have; that it’s all about units sold (or downloaded) and money earned, chart placements, and TV appearances. In short, if you’re not popular, then you’re not successful.

Of course, that’s not true and never has been. Certainly, there’s often a correlation between talent and success – though perhaps not as much as there isn’t one, nowadays, in these TV talent show-times – but there’s most definitely a sliding scale when it comes to the latter, one that can be measured in much more humble, human terms than simply moving units and tracking charts. That’s something Australian four-piece Violent Soho know all too well.

For a while, it seemed like the world was at their fingertips. Formed in 2004 in Mansfield, Queensland, a suburb just outside of Brisbane, the band came together when its members – vocalist/guitarist Luke Boerdam, guitarist/vocalist James Tidswell, bassist Luke Henery, and drummer Michael Richards – were just out of high school. Six grunge-punk songs, some of which Boerdam had written when he was just 14, were collected and recorded for their debut EP, Pigs & TV, in 2006. Produced by local engineer Bryce Moorhead and funded by the sale of Tidswell’s car, the effort was naïve, DIY music in its purest form, capturing the youthful, hedonistic energy of its members. Two years later, they would follow it up with their proper full-length, 2008’s We Don’t Belong Here, which would serve as a blueprint for their 2010 eponymous album. Issued on Ecstatic Peace, Thurston Moore’s label, Violent Soho brought the band plenty of hype and buzz, serving them well on their long trips throughout the states. Things were really building up. And then … well, and then not much happened. 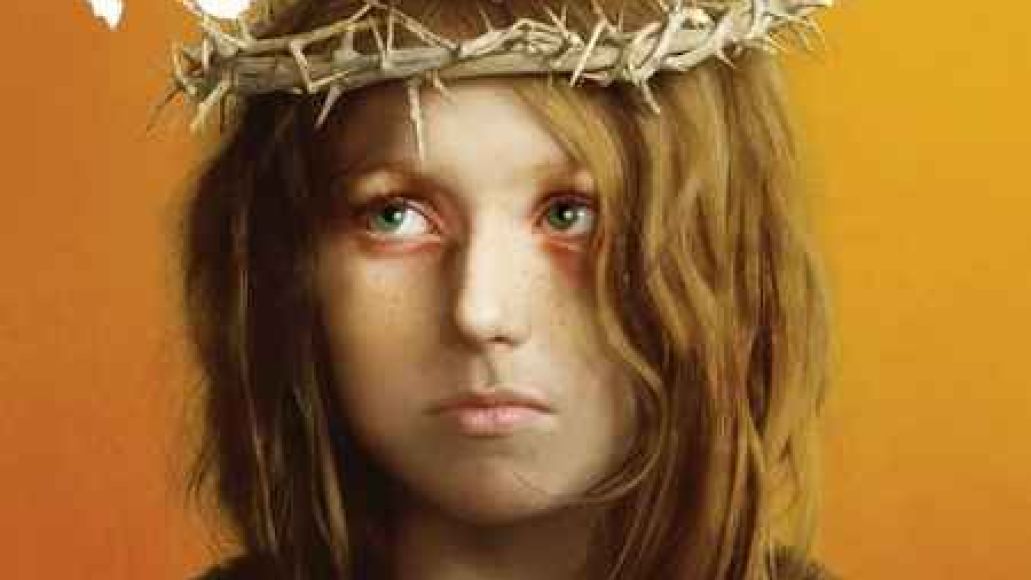 “We went back home from America,” explains Boerdam over the phone some four years later. “We regrouped and took some time off. We went through that moment of thinking, Do we want to really even do this anymore?, considering how much work we’d done. We toured England and America for over 18 months – and Australia – continually, on that one record, and it was quite tiring at the end of all of it. We just went home, and we all had to get jobs again, part-time work and all that crap. We all pretty much ended back at our parents’ basements. I ended up sleeping in the same room that I’d had when I was 15 years old – with my wife! It felt backwards to where most people would want to be when they’re in their late 20s.”

Unsurprisingly, the band felt dejected and burnt out. At the same time, the album the band had just spent so much time touring and promoting was nominated for an ARIA Music Award – Australia’s equivalent of the Grammys. It was a true confluence of the ridiculous and the sublime, and one which only exacerbated both the situation and their mindset.

“The band nearly broke up,” says Boerdam. “Maybe it felt like we weren’t getting anywhere, but the main reason was that it wasn’t fun anymore. It was pretty disheartening to come home. We were nominated for an ARIA, and that was nice, but at the same time we were nominated, James was being interviewed by McDonald’s.”

Yet, somewhat ironically, rather than drive the final nail into Violent Soho’s proverbial coffin, that sense of unease and unhappiness – not to mention the McJobs – gave them a renewed outlook on life. It forced them to take stock of everything they’d been through and to question exactly what it was that the four of them were doing. And, more importantly, why they were doing it.

“It was this strange lesson,” ponders Boerdam, “in trying to figure out what success is and what makes you happy. And I don’t think we were happy. We were all kind of, ‘Fuck…’. We just went through the whole washing machine of the American music industry experience – being signed and touring, putting out a record and all that stuff – and we had the time of our lives, but at the end of it all we just weren’t happy. We were tired and we were sick of playing the same songs and trying to push that record, and we really had to just fucking turn it off and go, ‘No, this band is better than that record.’ We’d just toured with Built to Spill and Dinosaur Jr. and The Bronx, and these are the bands we want to be, so we had to regroup and find what our band was about.”

To do that, the band had to pull away from how it had accomplished things prior. That, in turn, meant discarding all notions of success – success that had almost been within their grasp – and focusing instead on the band the four of them knew they could be, by writing the songs they knew they could and should write. The result is Hungry Ghost, a collection of songs that still retains the visceral grit of the band’s earlier output, but which displays both a more mature and nuanced musicality and a much deeper level of critical and socially aware thought behind Boerdam’s lyrics. When it was released in Australia last year, it debuted on the ARIA charts at No. 6, and the band sold out every date of their entire July headline tour in advance. Not bad for a band who came ever so close to calling it a day. More than that, though, it represents the journey that Violent Soho undertook to get here and the band’s change in perception. They got Bryce Moorhead back on board to produce, and while they shed the skin they’d been living in for those 18 months, they also looked to the lessons they’d learned from them. 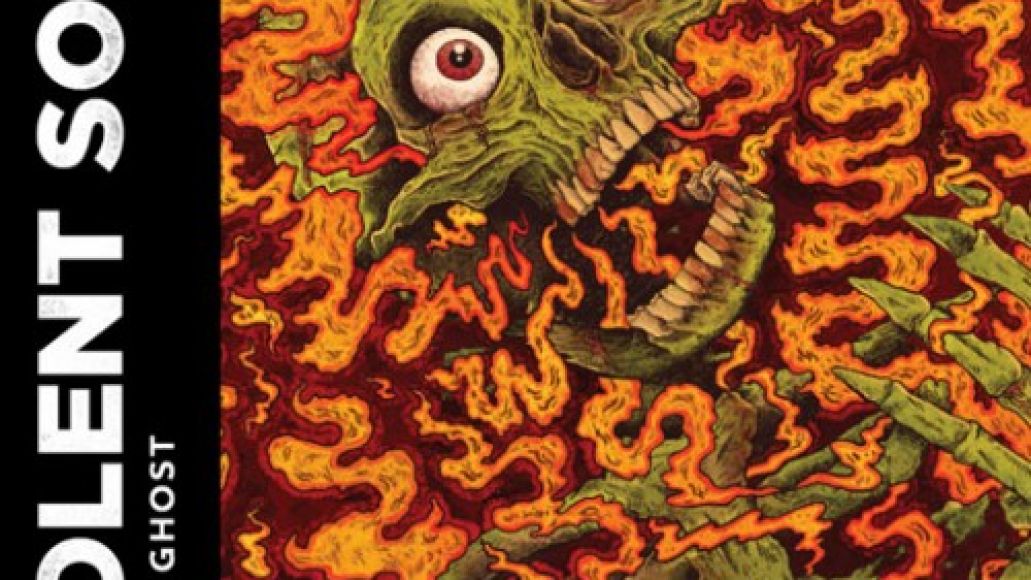 “When we regrouped,” explains Boerdam, “we actually rebuilt. We got new management, and we got a new Australian label, and from there we wanted to make sure we surrounded ourselves by people that we knew. This was a record we felt we had to get out to prove there were other dynamics and more unique and interesting things to the band. The months we spent in America, we learned a lot from those bands we toured with. Touring with Built to Spill for three weeks was just incredible. It had a big impact on the band.

“But the idea was always to really focus on Australia for the record. It’s where we toured for six years, so the whole birth of the band was touring Australia. So, we thought let’s just do that again, let’s just rebuild the band. And it turned out great. Now, there’s a real strong sense of validation. Because it has been a really long time. We were a band a year out of high school, and we’re now in our late 20s. There’s a decade of history there.”

It’s a decade of history that Violent Soho has done well to get through. The band might be relatively unknown stateside, but that doesn’t mean it’s not worth anything over here, that the band isn’t successful. Regardless of how well the album has done in Australia, just the fact that Hungry Ghost exists is enough. That alone is a tremendous success. Of course, that doesn’t mean Violent Soho want to stop there. Because with Hungry Ghost also comes a renewed desire for the band to take on the world again. Ask Boerdam what his aims for the record are, and his response, however sheepish, self-aware, and modest it may be, is telling.


“Originally,” he says, “if you’d asked me that question when the record came out, I’d have said we’re happy, that this was the intent. And it was. The original goal was that we just wanted to make a good record for ourselves. We wanted to define what good alternative music was for ourselves and set a benchmark. If a hundred people bought it, then awesome. Now, having been through the last year, I just want more people to hear it. We always love talking to people after shows and stuff, and I like the fact that kids are reading up about some of the things on the record. There’s obviously awesome bands out there doing awesome stuff – don’t get me wrong – but I really do feel we’re serving up something that is a really good alternative to a lot of dog shit, especially in guitar music. I like to think that we can change kids’ perception of music just by getting it out there. So, we do want to take it to America. We do want to take it to Europe and England.”

He pauses, then chuckles. “But a year ago I wouldn’t have said that.”

Mischa Pearlman is a writer based in New York and London. He has written for NME, Noisey, and others.

The Hungry Ghosts of Violent Soho