Component is a section of Aux.Out for one-off pieces, special editorials, and lost orphans of the music discussion. Today, Dan Bogosian composes a piece on losing his best friend but keeping her favorite band.

On the walls of my childhood home still hang posters I bought as a teen in the heart of uncultured New England. Lyrics to “Stairway to Heaven” in the Zoso font, the Red Hot Chili Peppers’ mugshots on black background in the second Frusciante era, and a local artist’s “rock and roll heaven” featuring Freddie Mercury, Frank Zappa, John Lennon, and other deities drinking in a bar, living on as caricatures to the delight of my pubescent heart – they’re all there. I was raised on classic rock albums, and I surrounded myself with classic rock friends – those who wore shirts too large for bands too old, so we could mumble what other people shouted a thousand times before. We didn’t smoke pot, but we looked like the stoners from Dazed and Confused. I’d be surprised if most of my childhood friends know who Jeff Mangum is. In 2003, none of us were expected to know better. 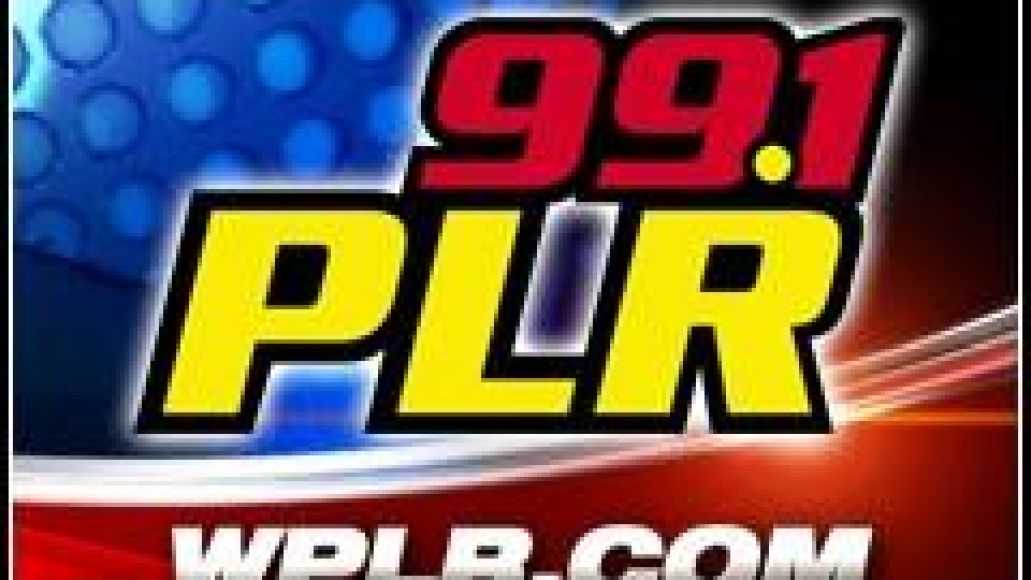 Connecticut had three rock stations: 99.1 PLR (“Connecticut’s classic rock”), 106.9 WCCC (“The Rock”), and 104.1 (“Rock 104”). PLR was your run-of-the mill classic rock station. The playlist was expected and the DJs generic. I’d call in occasionally to request a deep cut like Queen’s “Death on Two Legs” or Yes’s “Heart of the Sunrise”. They’d never air. 106.9 was a hard rock station – one that would later grant me my first music industry employment – and almost always aired requests. They had “’90s at noon” where – you guessed it – they’d play deep cuts from the ‘90s, but regular rotation hours focused more on the Nickelbacks, Creeds, and Seethers of the world.

104.1 was our modern hope. Dee Snider’s “House of Hair” aired, and my friends worshiped him. Idolizing the man who sang “I Wanna Rock” didn’t make sense to me, and for a long time I remained shut off to modern rock because I didn’t like Twisted Sister. Local upbringings can be bumpy like that. Even bumpier? By the time I finished high school, Rock 104 was an R&B station. I wanted to rock. 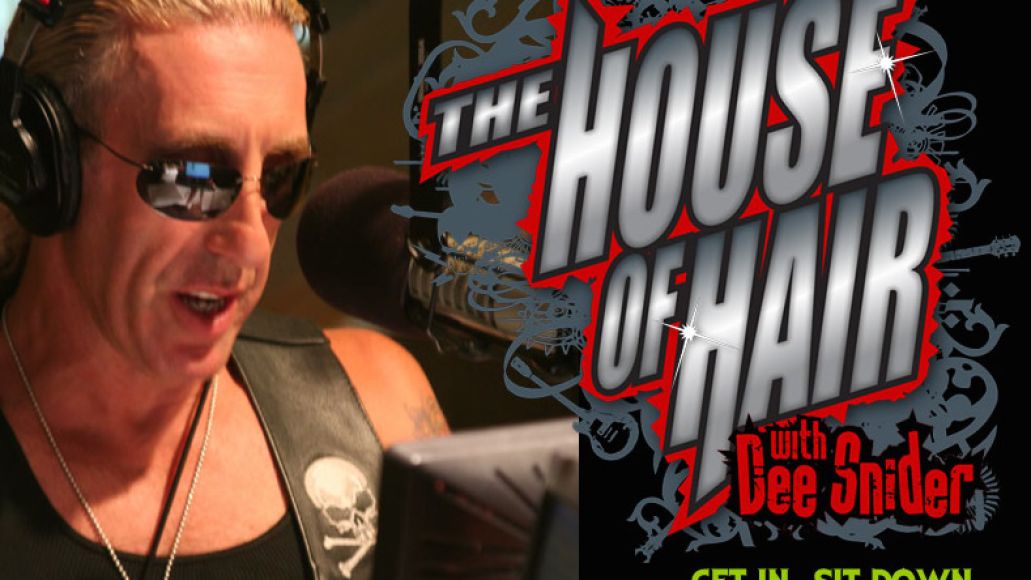 Living deep in the woods, my family was one of the last in our town to get cable internet. With 56k, downloading music consisted of finding the right songs on an unreliable network like Kazaa or Morpheus and praying to the gods of Windows XP that your parents wouldn’t need to use the phone because you desperately needed to memorize the lyrics to the latest Saliva song. With faster internet, I could finally accept that I was the uncool kid because I could actively dislike “Always”.

With a few years of cable internet and a job at a Strawberry’s, I expanded my musical palette to anything I could want. Or really, anything a major music distributor thought I should know.

Major label? I knew that band, I had that CD. Big indies? I lived off of Kill Rock Stars, Domino, and Sub Pop. I was the High Fidelity hipster of chain stores. I eventually started buying music based on cover art, stickers, and band names. Tides of Man, for fans of The Mars Volta and Radiohead? Sure, I’m in. The Moldy Peaches? I’m there!

One day before work, my friend Emma and I were discussing our favorite Simon & Garfunkel songs. Hers is “Only Living Boy in New York”, while mine is “For Emily, Whenever I May Find Her”. (I’ve always been more of a Parsley, Sage, Rosemary & Thyme guy, whatever that means.) That day, an album showed up with some woodsy artwork, and it was, as expected, a folk album. The sticker read “For fans of: Simon & Garfunkel.” There was a strange omen in my mind, but I wasn’t sure if I should buy it or not – until the title was For Emma, Forever Ago. I didn’t think of it as an ode to Simon & Garfunkel, but it felt like a sign. I bought it on release day. 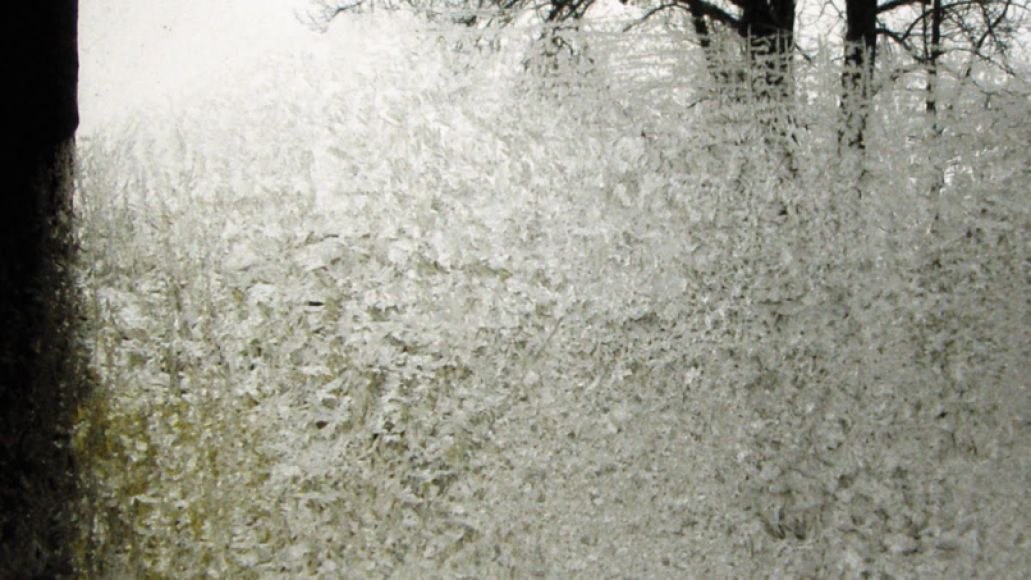 Emma and I grew close over the following months and our conversations were mostly based on music and writing. She was going to be a writer, and I was going to be a musician. I wrote a 30-page short story and I’m sure she’s the only one who ever took the time to read it all. She showed me her favorite poetry. Our relationship was completely platonic, but I loved her in a different way than my other friends; she gave the things we shared a sense of wonder and the actions I took a sense of achievement.

Then Emma and I didn’t talk music again for a few years. She went to college outside of New York City and interned at Billboard while I went to college in Scranton, Pennsylvania, a place best known to Americans as the location The Office wasn’t filmed. I worked as a janitor. A year or so after we graduated, that became a career. I texted her one night as I mopped the cafeteria floor. I had become a self-loathing custodian who had lost sight of whatever passions he once had, but she remained Emma.

It was clear I was not doing well, and she said something that changed my outlook: She thought of me as creative. It was short, simple, and honest; she didn’t say it like a parent whose child let them down or like a blind friend trying to make someone happy. She pushed me to get an internship at a radio station – which turned into employment – and we again started to talk music, writing, and our lives.

In our first era of friendship, we discussed indie rock bands like The Weepies and classic rock acts like Joni Mitchell. (She’s a Blue girl, while I’m more into Mingus.) This time around, it became apparent that I had missed a whole world of music: punk rock. Of course I knew The Clash, Iggy Pop, and was obsessed with The Minutemen – I had read Our Band Could Be Your Life, traced the influences all across my Sublime and Red Hot Chili Peppers records, and I knew punk rock as a historian writing in 1988 would. 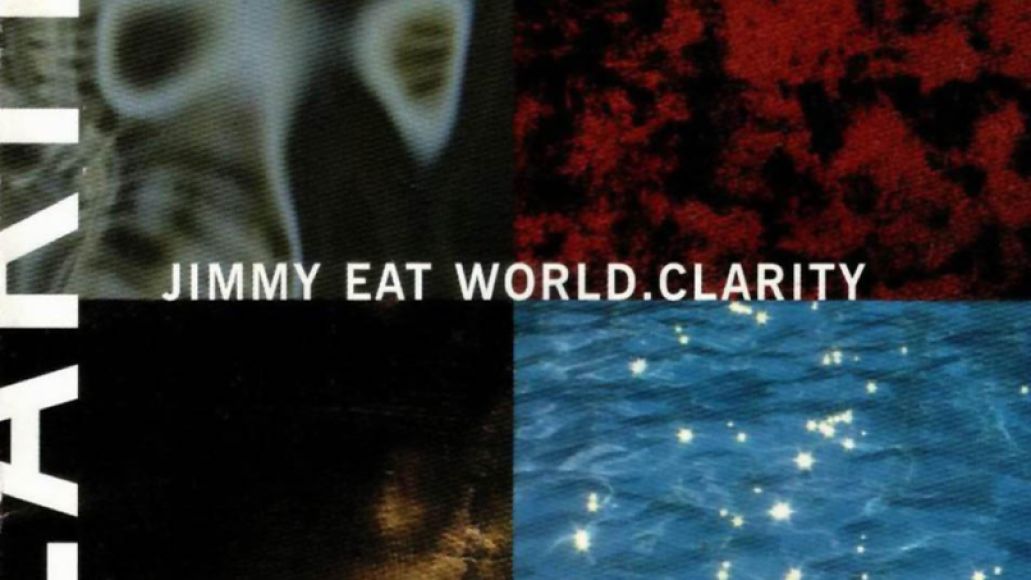 It had been years since I’d listened to Jimmy Eat World or Sunny Day Real Estate, and I had never even heard of Saves the Day. There was no shame in admitting it – we were friends, not anonymous internet users pretending to be cool – but I felt terrible knowing she loved this world that I had literally never seen. I’d never gone to Warped Tour. Why would I? As a teenager, I thought punk rock died when Bill Clinton was elected. As an adult, why would anyone go?

She sang the words as though she lived the experiences herself. She planned to get a tattoo of her favorite lyrics with her ex before they broke up. She’d use their lyrics to communicate how she was feeling; some songs were happy days and some were sad days. They were the soundtrack to her soul.

It was clear Saves the Day transcended normal music to Emma. They weren’t a band; they were part of her life. The only band I ever felt that way about was the Red Hot Chili Peppers, and no one’s going to tear my heart away by reciting the lyrics to “Scar Tissue”. Half-clever full-gibberish only takes you so far.

When I finally heard Chris Conley’s voice, I was shocked. This was a guy singing? This was supposed to be punk rock? What were they rebelling against, baritones? But as his lyrics set in and the music revealed itself as clever with its subtle changes in structure and blend of dueling guitars, I realized what made the songs so powerful.

Every other band I heard was writing songs open to meaning, dissection, and personal interpretation, but not Chris Conley. Conley’s words meant something ultra-specific to him. Maybe you would figure it out, maybe you wouldn’t, but it definitely didn’t matter. He ripped out pages from an endless diary of heartache and poured his soul into these songs, and sometimes you felt the same. Sometimes his heartbreak on a train to New Jersey was your heartbreak on a train to New York; sometimes his urge to call a woman who would never pick up was your rejection. His heart was your heart. 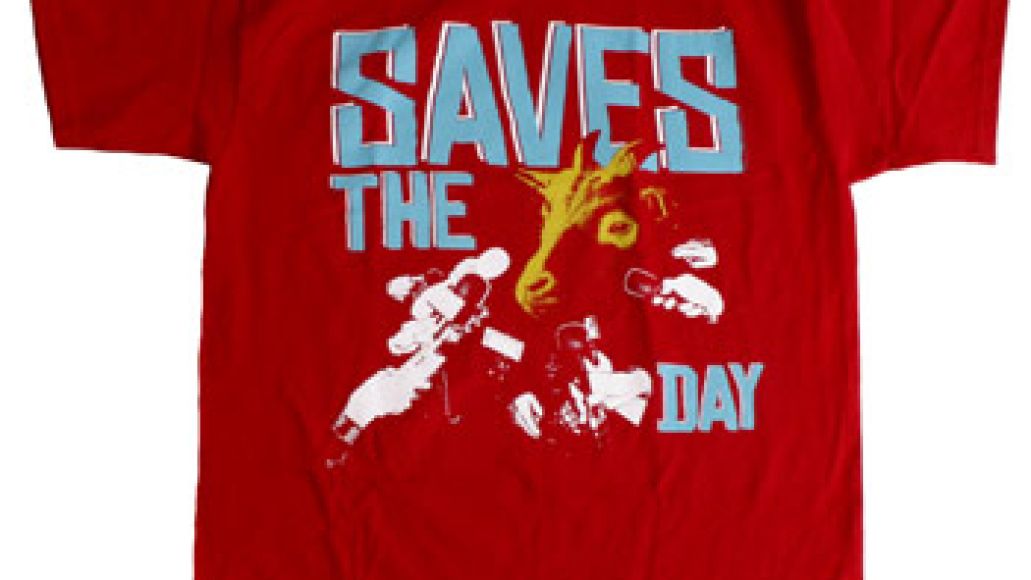 Fast-forward another year, and a series of stupid decisions on my part caused our friendship to fall apart. In the time that followed, I saw Saves the Day four times. I cried each time.

Conley sang, “I’m pretending to hear your voice” in a parking lot in New Jersey, and I cried like I hadn’t since I was a teenager. He sang, “the sun had sunk already” on a Thursday in Williamsburg, and I wept like a rain dog who would never find his way home. He sang, “I’d rather forget the days we spent than try to stay afloat in shallow water” in a basement in Long Island, a private show for only the biggest fans, and I cursed myself for what I’d done, haunted by my own decisions.

But at the fourth show, I ran into Emma. We didn’t talk much, just awkward hellos and quick goodbyes to avoid digging at old wounds. I was sure I’d never see her again and that a band I loved would forever be the soundtrack to my sadness, the music of losing a great friend because of something terrible I had done. That night, I wrote on my Tumblr, “If there’s one piece of advice I could give people, something bitter and jaded or warm and fuzzy, if there was only one thing I could give someone I don’t know, if there’s only one thing I’ve learned: Passion can fade, but you’ll always care about the people who really matter.”

About a week later, she texted me. We talk music more than anything else now.

Making a personal connection with someone is more about sharing than discovery. We all have friends who need to be the one to show you, but that will never be greatness. There’s a lightness to being shown something for no reason other than they think of you when they hear it. There’s a heaviness when a certain song comes on and you think of someone else and wonder about their thoughts before they’ve formed any. Sharing something as it becomes a part of you and a part of them is one of the few things that is unique to every person.

Saves the Day will always be Emma’s band, no matter how many other people love them, because she gave them to me. As far as I’m concerned, she’s more in the band than their drummer. I can only hope someone views me the same way.

The title of this feature, “To Die by Your Side,” is a reference to a song by The Smiths, a Tumblr post, and a beautifully written Pitchfork column, the latter two of which were by Mark Richardson. To Mark: Thank you for your blessing. To Emma: Thank you for everything.

Dan Bogosian is a music publicist and freelance writer currently gentrifying Brooklyn. He liked The Smiths before Saves the Day covered them at the fourth show. You can find him air-drumming on the subway or on Twitter here.

To Die by Your Side: The Music That Friends Share