Technicolor Sound is a monthly column by Laura Studarus. These pieces intend to examine the overlapping spaces between music and film, using the writer’s home of Los Angeles to confront and interpret the world around her via realities on screens large and small.

“The artist must know the manner whereby to convince others of the truthfulness of his lies.”

The topic of celebrity crushes comes up more than I’d like to admit. (Because I’m single? Because I work in entertainment journalism? Because this is actually a thing that people talk about?) Every single time the subject is broached, I disappoint the asker by name-checking a musician. And usually a semi-obscure one at that. I mean, sure, if I have my wits about me, I’ll name Adrian Brody or maybe one of the guys from The Hunger Games. (Er… the one with the hair and accent?) But in all honesty, my choices lack conviction. All my crushes (real and celebrity) are intellectually based. Without more personal information than what the occasional red carpet interview offers, I worry that sooner or later he’d let out a stupid laugh or forget to take out the trash, and suddenly I’d be very confused as to why I wasn’t with whatever cinematic Mr. Perfect he was playing in his last blockbuster. Give me Jens Lekman in all his brokenhearted pop glory, and you can keep your Brad Pitt—or whomever it is I’m supposed to be losing my mind over these days. 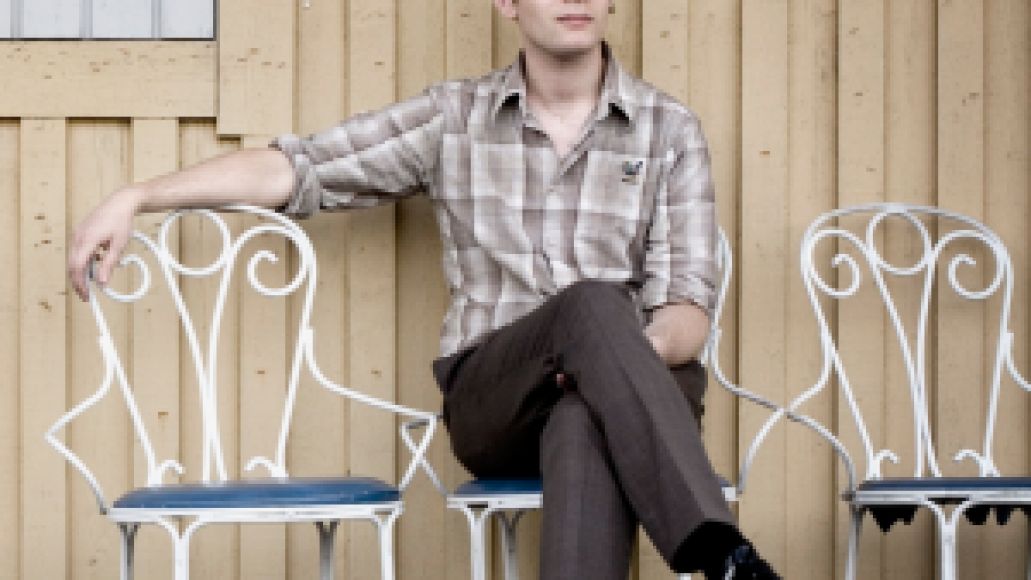 I’m not by any means impugning actors. I know a few, and for the most part, they’re the kind of people you can trust to show up to a theme party in a crazy costume or to provide much-needed distraction via interpretive dance while you warble though a karaoke version of “Rich Girl”. I realize public outrage every time an actor takes a fall from grace (::cough:: Lindsay Lohan ::cough::) may indicate I’m in a minority, but try as I might, I can’t seem to get the unspoken idea out of my head. Actors: great at playing make-believe. Musicians: willing to read you the pages of their diary.

Then again, judging truth in art on a sliding scale is tricky, and generalizations are never 100% true. There are exceptions on both sides of the equation. Although Woody Allen would probably be the last to admit it, Alvy Singer was just Allen plus a healthy helping of neurosis. (Don’t believe me? Read Eric Lax’s fantastic book Conversations with Woody Allen.) And anyone who believes Neil Hannon’s Divine Comedy songs are actually about him is adorably naive. (Actually, I take that back. I really hope that Hannon is secretly the most interesting man alive.)

So, how did I (and I assume others) subconsciously come to the conclusion that there’s more honesty to music than film? Obviously, mechanics come into play. Even the most autobiographical film shifts away from absolute truth due to the sheer number of people involved in the production. With music, we are usually listening to something birthed through the blood, sweat, and tears of a relatively small number of people. Sure, the producer may add an extra layer of polish, or perhaps the label will insist on certain press shots. But, ultimately, at the end of the day, we convince ourselves we can see through all that.

But are purity of intent and truth the same thing? Or do the lack of layers just help us confuse the two? 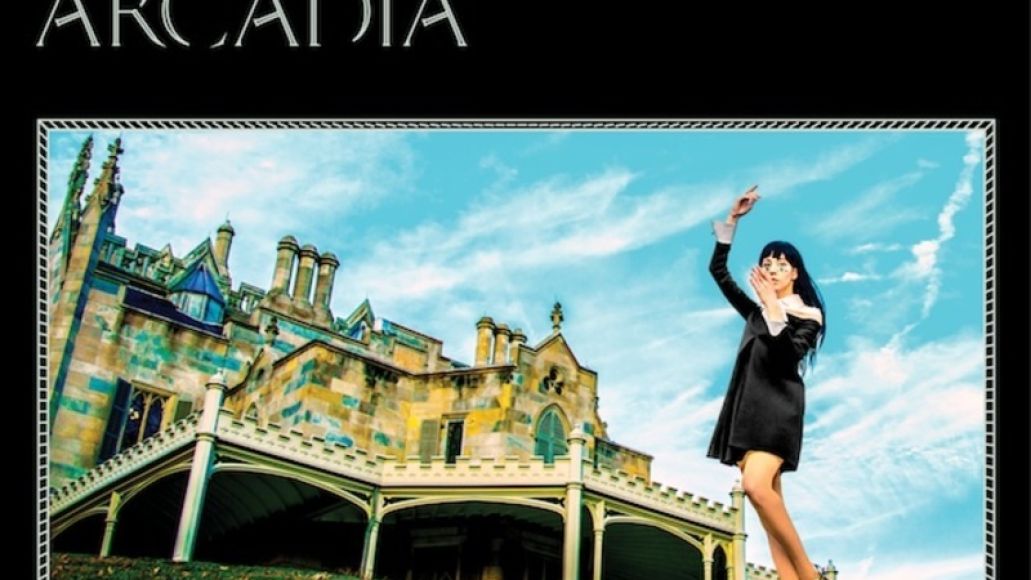 Later this month, Chairlift’s Caroline Polachek will release her debut solo album under the enigmatic name Ramona Lisa. Written on a laptop by Polachek with vocals sung in airport bathrooms and hotel closets across the world, Arcadia, though rough around the edges, is probably one of the purest expressions of intent that we’re likely to get all year. But is it “real?”

“I’m often bored by what my real life is—there’s nothing about it that I want to show people,” Polachek told Pitchfork of the album. “It doesn’t feel worthy of the subject of art. My emotions are my own, but it’s much more exciting for me to abstract them into the most extreme version possible.”

Polachek hits on an important idea: that art is about extremes. Despite what Lady Gaga would like us to believe, do we honestly think that our artists inhabit their creative character on a daily basis? Even the Mumblecore film movement, in all its painstaking, low-budget verisimilitude, operates under the unspoken agreement that reality is exaggerated to advance a theme. For last year’s Frances Ha, it was the use of a black-and-white film stock to evoke a sense of timelessness. For Polachek, it’s stepping outside of expected musical tropes to better express emotional peaks and valleys. 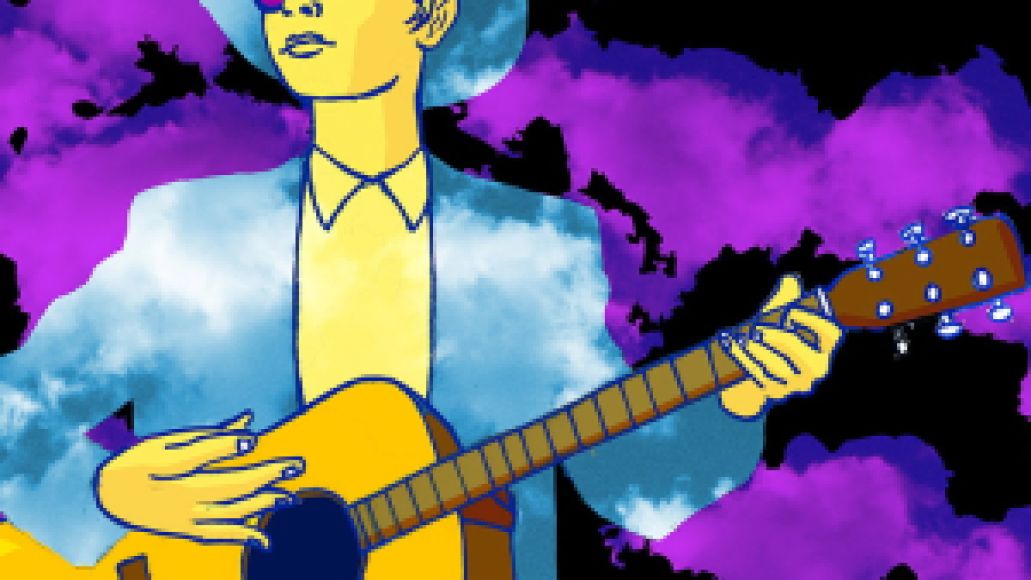 Then there is an artist like Beck, whose very career is focused on the idea of muddying the waters around his identity. Is he the “loser?” The melancholy folk artist? Perhaps Beck’s lack of a consistent identity from album to album is part of the beauty in his process. Glass half-empty or full, we can assume a certain amount of truth and lie in each incarnation. But in reality, we’ll never really know if Beck’s Song Reader shows are sincere or just the adult version of his youthful performance art featuring a battalion of leaf blowers.

Part of our difficulty in separating the lives of artists from their art can be tied to last month’s discussion on the Auteur Theory. As humans, we’re seemingly programmed to look for reason in the chaos. We want to know how things work; we’re curious. If our actors and musicians aren’t forthcoming in explaining their motivations for doing what they do, the inclination is to attempt to connect the dots—using their lives as a guide. But as anyone who has ever maintained a social media presence can attest to, our public face only tells half the story. If we’re willing to forgive our friends for untagging unflattering photos, maybe we can forgive musicians for wanting to maintain the mystery of the person behind their work.

Uh, but, having said that—hands off Jens. He’s mine.

Truth vs. Celebrity: How Do We Separate the Artist from the Art?