Welcome to Life Review, a live review section on Aux.Out that looks to expand beyond the access provided by a concert ticket. Today, Editor-in-Chief Michael Roffman returns from his bachelor party in Minneapolis-Saint Paul, which revolved around The Replacements’ long-awaited homecoming show. As expected, anxiety ensues.

“This is a little song we never released called ‘Nowhere Is My Home’ — and now it’s true,” Paul Westerberg tragically quipped on Saturday night to his would-be neighbors at St. Paul’s Midway Stadium. His weighty voice and the rings around his doughy eyes suggested a fresh ledger of disheveled nights for the heartbroken divorcee. Going home should be easy — especially when you’re the banner hero of an underdog outfit like The Replacements — but tonight didn’t look easy for the guy.

But really, when did this happen? As a longtime (okay, obsessed) fan, I was surprised that I hadn’t heard about his divorce until last week, when I stumbled across an article hyping the Replacements’ big homecoming in the Minneapolis Star Tribune. It wasn’t until eight paragraphs in that writer Chris Riemenschneider casually referred to the 54-year-old singer-songwriter as “recently divorced and without a steady income,” seven words I re-read again and again in absolute disbelief.

Now, to be fair, who knows what happened between Westerberg and his wife Laurie Lindeen. I don’t really care; after all, it’s none of my business. But that’s unfortunately all I could think about on Saturday night as I watched Westerberg smirk, shimmy, and eventually cry through 31 songs: My favorite songwriter of all time is more or less performing open heart surgery on stage, and I’m here celebrating my fucking bachelor party six weeks out from my wedding. 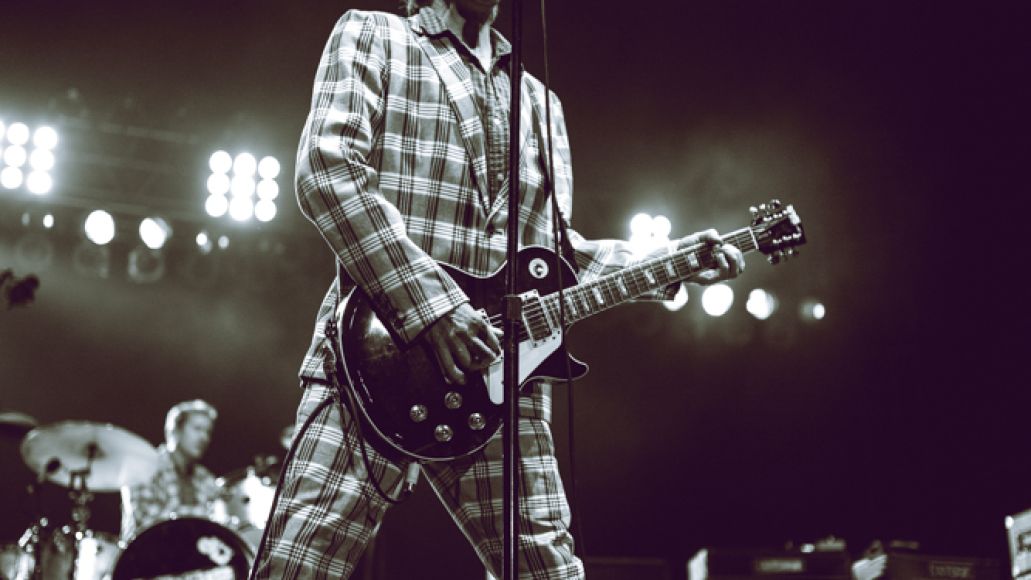 That’s not to say it was a dour evening — hardly. The Minneapolis–Saint Paul area is too friendly in nature, and openers Lucero and The Hold Steady could throw the world’s greatest party with a single electrical outlet. As such, hardcore fans spent hours tailgating ahead of the show in the various parking lots around Midway Stadium, blasting Teeth Dreams or Tim or 14 Songs while they washed down brats with local brews. Chummy lines for merchandise snaked far back, and even longer ones huddled around nearby port-a-potties. The only thing missing in the whole joint was a lampshade.

So, in actuality, any news of Westerberg’s divorce was either still unheard of or simply considered another jagged piece to his puzzling mythos. An afterthought, so to speak. For me, however, I kept grasping for some meaning … a lesson to absorb. You see, I’ve always subscribed to his every word, namely because I recognized that he’s the only one to make sense of this chaotic, fucked up world. His lessons always come off lopsided, but they wind up itching at obvious truths in hidden places.

And if I’ve learned anything from The Replacements, it’s that love is neither a diamond nor a coal. Instead, it’s this tumultuous, multi-faceted beast, the likes of which has fueled Westerberg’s manic lyricism for decades, whether he’s doped up on the stuff (“Valentine”, “Kiss Me on the Bus”), tortured by it (“Unsatisfied”, “I’ll Be You”), or embracing rock bottom (“Sixteen Blue”, “The Ledge”). These imperfections push him beyond the confines of a songwriter and are what make him a tangible human being to his listeners and fans. That same weathered soul returned home Saturday night, and that’s what made the performance so special. 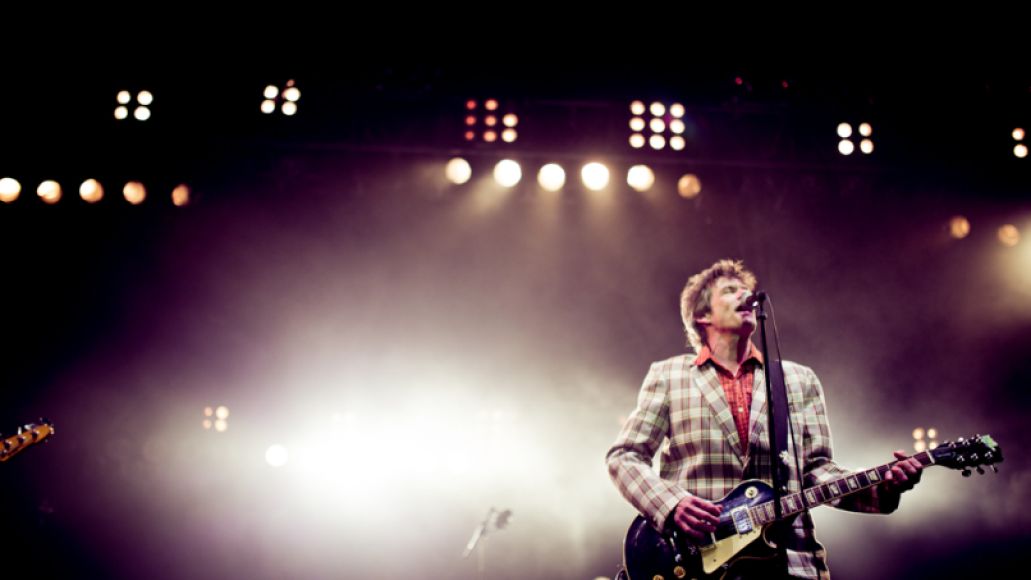 Don’t get me wrong: In the year The Replacements have toured, Westerberg has always been Westerberg, a wiseass with a charming attitude and not a care in the world. And for the most part, that didn’t change for Saint Paul. “Sorry it took us so long,” Westerberg mumbled his first words. “No, you’re not,” Tommy Stinson spit back. “You did it again,” Westerberg sighed. “You caught me in a bold-faced lie.” He paused. “You paid. We came.” But not even Westerberg could sell this line. This was more than just any show, and he proved that with the way he let us in throughout the band’s two-hour performance.

At home, there was another side to Westerberg. For one, he was surrounded by family and friends — he waved to his mother, I caught at least a few veterans of the scene wandering around — and he seemed truly affected by his own words, a feeling that came to a boiling point during the night’s rousing finale. After plowing through hits, covers, fan favorites, rarities, and even a solo number, Westerberg shuffled back onstage, cigarette in tow, for a second encore, revisiting the one song that would do him in: “Unsatisfied”.

When those first notes rang out, every soul at Midway screamed towards Minneapolis and beyond. It was The Moment, that spiritual few minutes that people talk about like a campfire story. “I’m so, I’m so, unsatisfied,” Westerberg yelped as tears streamed down his eyes. Several around me joined him, either happy to hear the song (a first for this reunion tour) or willing to embrace the poor guy during what might be the hardest time in his life. Once those four minutes were up, Westerberg wiped his face, bear hugged Tommy Stinson, and vanished into the dark, offering a small wave that disappeared with him.

I was speechless. We all were. 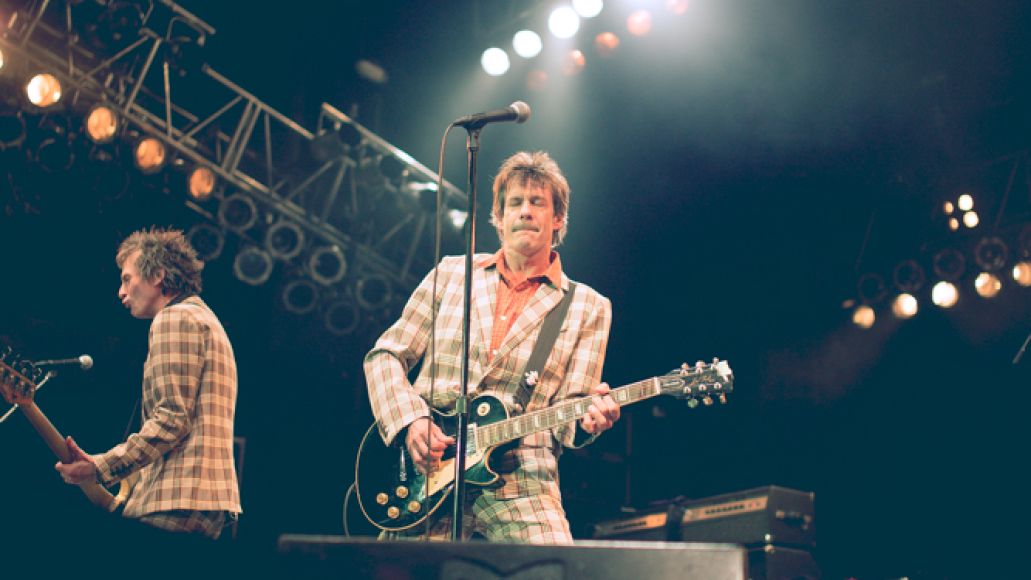 A couple of years ago, former editor Jeremy Larson and I were discussing Let It Be, trying to decide on the album’s strongest track. He chose “Unsatisfied”, and I remember arguing that it was a close second to “Sixteen Blue”. “He’s with the one he loves, but he’s absolutely miserable? Gimme ‘Sixteen Blue’, a song that understands the pain of walking home alone, confused, and destroyed.” He then explained that “Unsatisfied” was far more tragic because it’s about feeling alone with the one you love.

I’ve thought a lot about that discussion lately, what with the wedding coming up and all. The idea of marriage has always terrified me, if only for the very reasons that highlight “Unsatisfied”. I’ve often feared that love comes and goes, and that comfortability eventually takes over any relationship. Maybe it does. I don’t know. Who does?

What I do know is that love is worth the risk no matter the cost. At Midway, I saw what happens at the end of “Unsatisfied”, and while it broke my heart and tossed my brain around, it didn’t scare me away from something as human and innate as love. I’m addicted to the stuff; aren’t we all? If you will dare, I will dare … you’ve heard the song. Hell, you’ve lived it and will keep living it. So will Westerberg.

— It was pretty cool that St. Paul’s Mayor, Chris Coleman, offered an introduction prior to their set. I wouldn’t be surprised if Westerberg was in the john during the whole thing.

— There were a ton of out-of-towners at the show, who also hit up several Replacements hot spots over the weekend like Treehouse Records and the CC Club. That was fun.

— “Love You in the Fall” sounded perfect. Can they dust off more of Westerberg’s solo material? Perhaps a Besterberg medley?

— I hope Chief, the stage manager, wasn’t too upset when Westerberg tossed aside the drink he was offering. Their banter seemed angry, but in a joking way, right? Right?

— Major kudos to whoever caught the Westerberg Saints jersey. That’s going up on the wall.

— Local blues legend Tony Glover coming out with his harmonica for their cover of Jimmy Reed’s “Going to New York” was sweet. It’s a shame they couldn’t borrow Lucero’s brass section, though.

— The whole thing was filmed. If it’s for an upcoming DVD or Blu-Ray, consider yourself lucky.

— I miss the Twin Cities already. 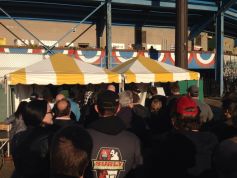 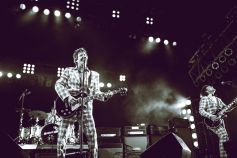 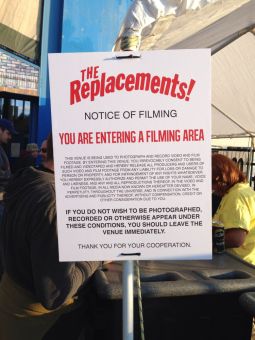 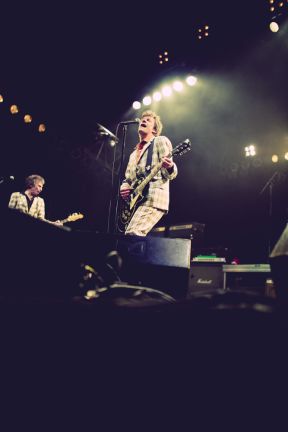 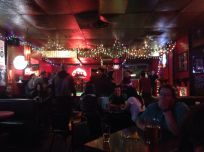 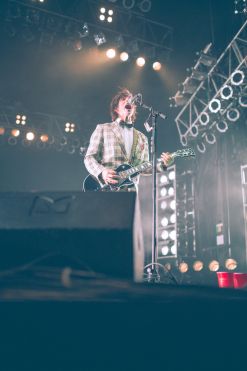 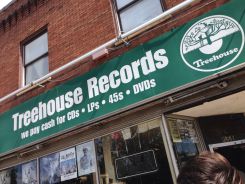 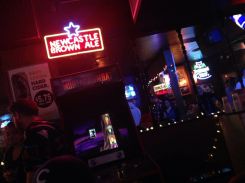 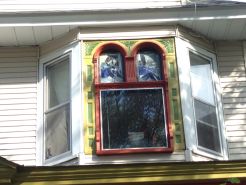 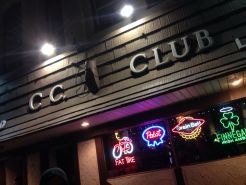 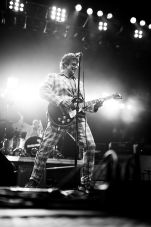 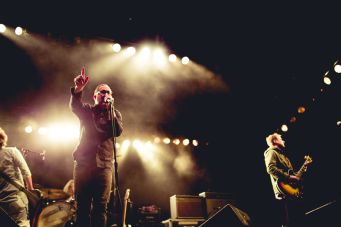 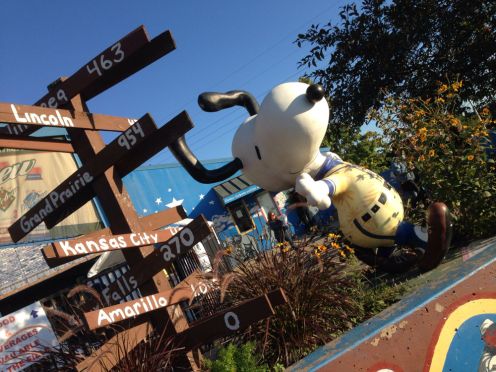 Setlist:
Favorite Thing
Takin a Ride
I’m in Trouble
Don’t Ask Why
I’ll Be You
Valentine
Waitress in the Sky
Tommy Gets His Tonsils Out / Third Stone from the Sun (The Jimi Hendrix Experience cover)
Take Me Down to the Hospital
I Want You Back (The Jackson 5 cover)
Going to New York (Jimmy Reed cover) (w/ Tony Glover on harmonica)
Color Me Impressed
Nowhere Is My Home
If Only You Were Lonely
Achin’ to Be
Kiss Me on the Bus
Androgynous
I Will Dare
Love You Till Friday
Maybellene (Chuck Berry cover)
Merry Go Round
I Won’t
White and Lazy/Borstal Breakout (Sham 69 cover)
Swingin Party
Love You in the Fall (Paul Westerberg song)
Can’t Hardly Wait
Bastards of Young
I Don’t Know/Buck Hill/I Don’t Know
Encore:
Skyway (Paul solo)
Left of the Dial
Alex Chilton
Encore 2:
Unsatisfied

You're Getting Married: The Replacements Come Home