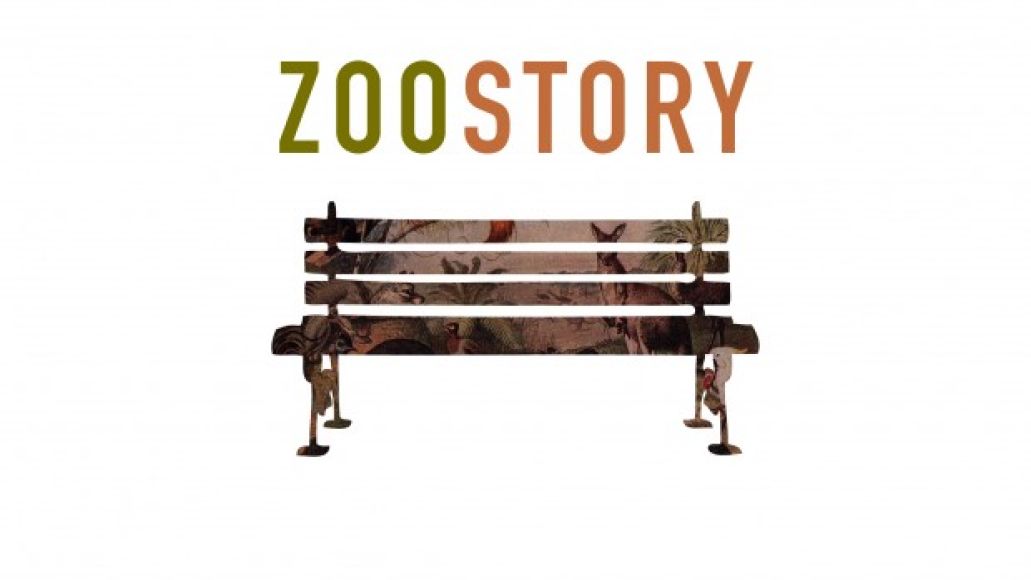 The black and white parental advisory sticker that Tipper Gore worked so hard to place on jewel cases in the mid ’80s is becoming another cultural artifact fit for a listicle about the way we used to do stuff. If you want to download Tyler, the Creator’s new album Wolf from iTunes, you don’t need to sneak the CD home from the store anymore, you just click. The young rapper and his vulgarities hide in the cloud or your MP3 player, and parents are none the wiser. Kill people, burn shit, fuck school in total secrecy.

Contrary to how she was perceived, Gore didn’t want to censor music, she just wanted to guide music according to her morals. In the intro to her admittedly silly and reactionary 1987 book Raising Kids in an X-Rated World, she wrote:

Even as the shifting structure of the family and other social changes disrupt old patterns, we must reassert our values through individual and community action. People of all political persuasions —conservatives, moderates, and liberals alike — need to dedicate themselves once again to preserving the moral foundation of our society.

Now this is two years after Slayer released the song “Necrophiliac” with the lyrics, “I feel the urge the growing need / To fuck this sinful corpse / My task’s complete the bitch’s soul / Lies raped in demonic lust.” Even though Slayer guitarist Kerry King is reputed to be an intolerant, homophobic piece of cro-magnon garbage, those lyrics up there don’t personally offend me like they did Gore in her book. They’re outrageous and silly and if you can say them with a straight face more power to you. As a critic, I don’t feel the need to reassert that corpse-fucking is harmful to the moral foundation of our society, and while this may be a question for the philosophers, I don’t think corpses could be classified as “marginalized.”

I am, however, offended by the DOOM song “Batty Boyz” from his album Born Like This.


Amazed at all these so-called wannabe players
Showin’ off they titballs to all the free-gayers
It’s like a leotard fest
How it got started is any retard’s guess
Regardless, that’s they choice, no hate debate
Becomes a problem when they try an attempt to go straight
And raise the monster rate in the whole population
It’s starting to affect the super pimpin’ occupation

DOOM spends a song hurling homophobic slurs at superheroes, which I suppose you could excuse in the frame of the song, until he gets to the line above. It’s unconscionable and repugnant — especially the line about AIDS — as his third verse clearly slides away from the super-hero theme and into something far more real.

DOOM was asked about this song in an interview*, and his ignorant answer is an all-too-common shield when addressing homophobia:

A lot of people have said that, “Batty Boyz”, another song off the album, is homophobic and offensive. Can you address that a bit.

Well if people are pissed it means that they’re really into the character; maybe too into the character. Look, as an artist, if you have a character that can make people mad, that’s a good thing. DOOM’s a villain. Phobia means that I’m scared of something, like arachnophobia means I’m scared of spiders. So homophobia means that I’m scared of homos? Me myself as a writer, I’m not scared of gay people or spiders! I don’t give a shit. I’m a writer, I touch on all topics…DOOM’s a super-villain so he’s just calling his enemies gay—talking shit. Matter of fact, there’s a song on Madvillian where the character talks about bestiality even. So you’re telling me people who indulge in bestiality are gonna get mad at me now too [laughs]? It’s a character. People who don’t get it, I don’t know what’s wrong with them…

It’s full of all kinds of faulty logic, and plain maligned logic with his bestiality comment. It reminds me of Eminem’s famous alibi from “Stan”: “I say that shit just clownin’ dawg, c’mon, how fucked up is you?” It’s a coward’s way out to say that you are putting on a mask. DOOM literally hides behind a mask and plays a villain, and believes that mask offers him carte blanche to spit homophobic slurs and then blame his audience for not “getting it.” I’m in line with Gore here, where I believe I should act to preserve the moral foundation of our society. I believe that there is no place for this kind of hate-speak in pop-art, and I still struggle to look past it and admire DOOM’s talent as a rapper. It would color my review of his album, bleed into my aesthetic judgement, and affect my opinion of his music.

The debate about moralizing in criticism reached one of its many peaks last year with the release of Finally Rich by the young kid who brought Chicago’s drill scene to the mainstream, Chief Keef. Keef and the GBE clique rode a meteor to major-label record deals and all of a sudden the world was listening to this 16-year-old kid rap about the notorious violence of his Englewood neighborhood of Chicago. Unlike DOOM, there’s hardly any pretense or mask to Keef who was lionized as a reflection of Chicago’s stark inequity, or defined as a symptom of years of systemic marginalization of a culture. There’s also the Keef who was arrested on a gun charge before getting signed to Interscope, and his righthand man Lil Reese who punched and kicked a young woman in the face repeatedly while she cried for help (I won’t link to the video but it’s there) before he was signed to Def Jam.

There were dozens of think pieces, blog posts, and Tumblr posts on about GBE’s morals, about disparate cultures colliding, and about the hand-wringing by self-righteous critics regarding Chief Keef’s music. At the root of the debate was how we should be listening to and talking about Keef’s music. Can one separate the aesthetics of Keef’s songs from the morals coded within them? Are those two aspects are mutually exclusive? Should art be viewed in a moralistic vacuum, or should art should be viewed as a political text that hold’s the artist responsible for their rhetoric?

Those are basically the two schools of thought, which came back into the limelight this month with Tyler, the Creator’s Wolf. The album sports 15 uses or variations on the word “faggot”, up from nine uses on Goblin. Maybe those six extra instances make the difference. Save for Eric Harvey’s review of Goblin in The Village Voice, and Eric Sirota’s review for Rap Reviews, almost all of the reviews for Goblin avoided broaching homophobia or use of the word “faggot”. Of the 35 reviews accessible on Metacritic, less than 32% (11) of them even bring up the use of the word “faggot”, and of the 11 that do, one calls it “shameful” to let morals color your perception of the album, another says you can’t hear the brilliance of Golblin until “the language barrier is crossed and ears become numb,” and finally one just bluntly says, “who really cares about the relationship between his lyrics and our values?”

This time around on Wolf, many more publications started to take his choice of words seriously. Both Jessica Hopper at SPIN and Harrison Suits Baer at Beats Per Minute gave serious ink to talking about Tyler’s homophobia and engaged the album on a political level. Of the 28 available reviews on Metacritic, less than 47% (13) of them make an inferred or direct reference to Tyler’s use of the word “faggot.” While that number is better than before, that still means a majority of publications and websites chose not to engage with it.

What makes Tyler dangerous is how he weaves the word into his aesthetic. His excuses just like DOOM and Eminem before him are just that: excuses. In interviews he’s defensive, (“I wasn’t using ‘fag’ to refer to gay people. If I call a piece of lettuce a faggot, am I homophobic? I might be anti-lettuce, but…”) and on Wolf  he’s defensive (“Saying I hate gays even though Frank is on ten of my songs”). Tyler is so defensive that he reappropriates  the word beyond colloquially coded “stupid” or “lame” into a signifier of his unassailable right to use the word — an imagined gauntlet he can hurl at his critics.

That is some incredibly destructive rhetoric. His storied self-awareness negates the argument that Tyler landed at his sad state of homophobia for societal or systemic reasons beyond his control. He’s in full control of his use of the word. All the shadow boxing and hissy fits are in service of his ignorance to the long and awful history of the word “faggot”, of what it means to a group of people who have had to suffer through its use and continue to do so. He strips it of all of its meaning so he can use it to propagate his brand of I-don’t-give-a-fuckery to shame his critics for even questioning him.

At this point in his career, it’s assumed that someone has talked to Tyler about what the word means to people. But I wonder if he knows that some men feel so much social and psychological shame that they don’t practice safe sex because they feel they deserve, as DOOM puts it, “the monster” attacking their T cells. I wonder if he’s ever met anyone who’s been shamed for being a part of the LGBT community to the point of suicide. I wonder if he thinks about why he wants to alienate his audience with misogyny and homophobia. I wonder if he quite grasps the power that word exerts on an entire culture and its allies.

It’s no longer about morals with Tyler. Because he is so cagily aware of how he uses the word, it’s transcended to dangerous language and propaganda. He’s made a political statement about the word that he’d like it to mean precisely what he’d like it to mean. It becomes a critic’s duty to respond to it and call it out for what it is: hate speak.

Is this being too much like Tipper Gore, too puritanical and self-righteous? Are those minority of critics who take issue with the word “faggot” not properly decoding the word “faggot”? Those in the minority appear to be the ones thinking in a broader scope, about the ramifications of the word how it is used in pop-art. Now there are, like, very few people who will moralize against necrophila, but there are more who will moralize against glorifying violence misogyny, and there are still more who will only be concerned about whether or not a song “goes.”

But when we are talking about a marginalized group that isn’t even offered the same legal rights as the rest of the population in America and is still discriminated against in psychologically and physically horrible ways worldwide, there’s me who will absolutely moralize against the use of the word “faggot” the way Tyler, the Creator uses it.

*Should probably say that I can’t speak to the veracity of this interview, and as DOOM has been known to send impersonators on stage in his stead, there is a chance this actually isn’t DOOM answering this question.

Jeremy D. Larson is the managing editor of Consequence of Sound. His work has appeared in VICE, Time, The Classical, Noisey, Paste, and Twitter.com.

Previously on Zoo Story: The shelf life of My Chemical Romance and Emo at Hot Topic

Zoo Story: When Should We Moralize About Music?