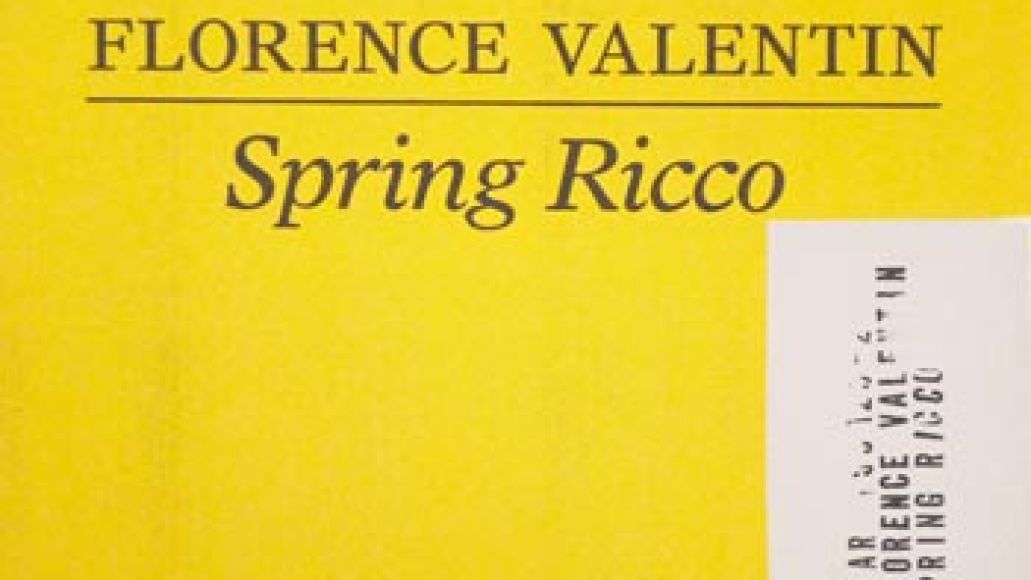 Spring means run in Swedish. Ricco is an allusion to the wealthy 16-year-old Riccardo Campogiani who didn’t survive the injuries caused by kicks to his head from his equally wealthy peers after a party in central Stockholm. If economic independence doesn’t prevent violent and extreme social behavior, then what does? Do I need say that Florence Valentin’s Glasvegas-oozing pop album is one of the most important Swedish albums of the decade? -Jesper Persson 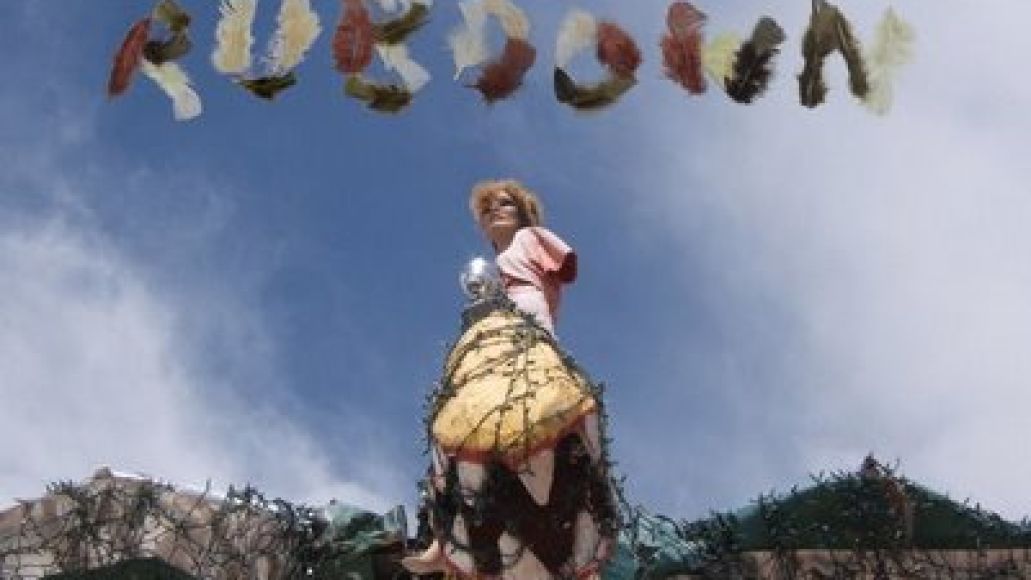 The latest from Spencer Krug sees the Wolf Parade keyboardist at his most ambitious. Following what must have been some break-up, Krug walks out into a post-apocalyptic void, confetti from the party he missed drifting around him. Backed by intricate percussion and mathy guitar licks, Krug slays the dragon that is his post-breakup depression and comes out of the scuffle with one of his best sounding, and one the year’s finest records. -Drew Litowitz

73. Blacklist – Midnight Of The Century 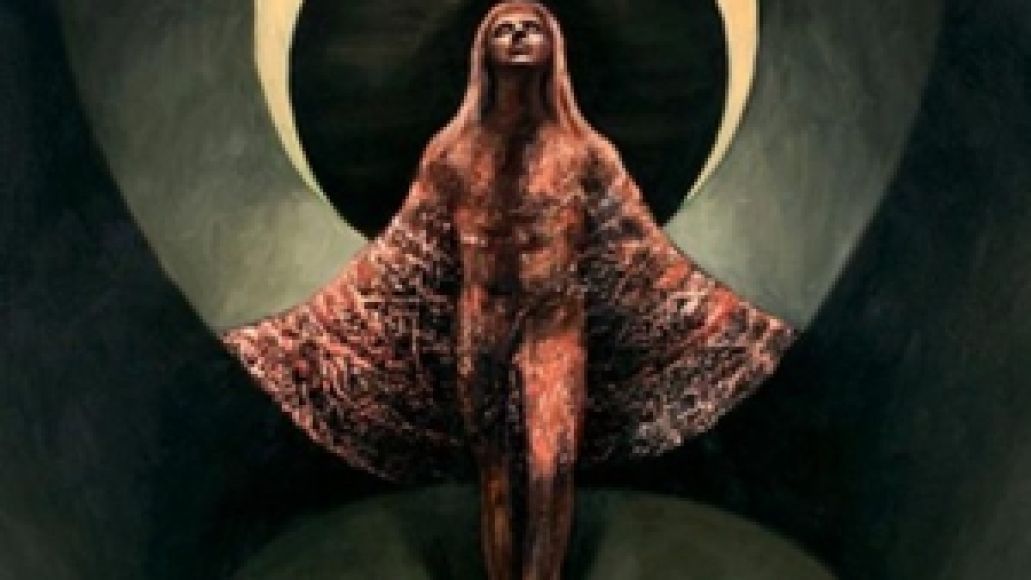 While these Brooklyn rockers call the Big Apple home, the music that this quartet shells out sounds miles away from any metropolitan setting. Sonically inspired from the likes of The Cult, Muse, U2 and countless other epic guitar based bands, Blacklist storm the heavens with an honest-to-goodness debut record that gets better with each listen. David Buchanan agrees with me on this one, and that’s a big “thumbs up” for these indie rockers for sure. -Jay Ziegler

72. Beirut – March of The Zapotec and Realpeople Holland [EP] 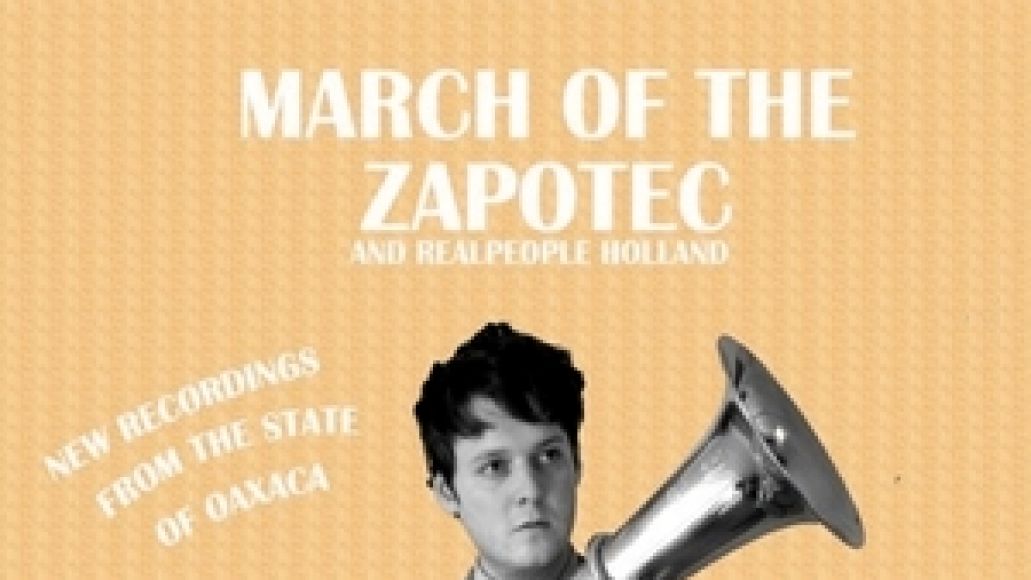 This two part album features Zachary Francis Condon’s natural eastern European tendencies in March of the Zapotec whose melodies move gracefully in front of the ever present tubas and accordions featured in most of Beirut’s albums. Part 2, Realpeople Holland, showcases Condon’s melancholy tenor with an electronic background, which may sound strange up front, but works magically in studio. -Timothy Berger 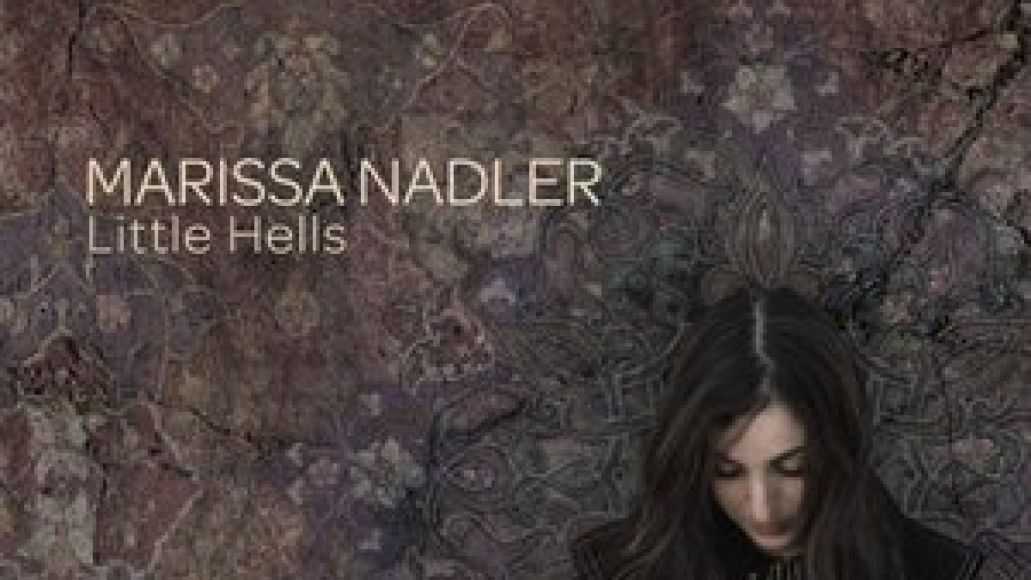 Everything about Little Hells is delicate, from Nadler’s quaver to the precious song titles to the inoffensive arrangements. Yet, each of these elements forms the intimate diary of an accomplished songwriter who fills concrete lyrics with the weight of a thousand heartbreaks. Little Hells was overlooked by many in the early 2009 shuffle of big-name releases, but it managed to grow better over the months for those of us who took note many months ago. -Anthony Balderrama 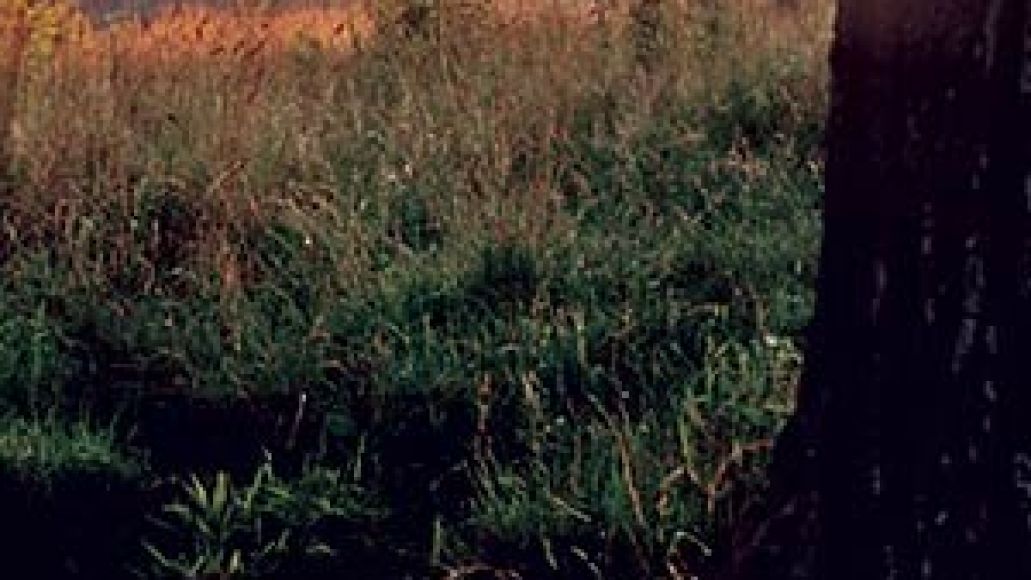 Bird’s fifth solo album displays all of his strengths. Tight drums back plucked violins and wondrous lyrics that swim together magically. His trademark whistle is present in several of these often agonizingly beautiful songs. -Timothy Berger 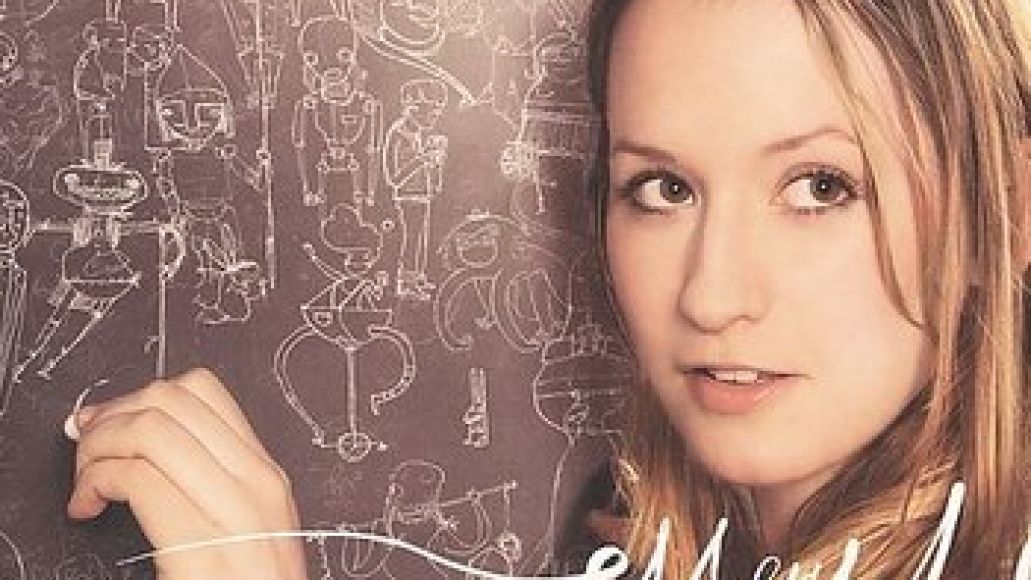 Lyrically Ingrid Michaelson has a great turn of phrase and such variety and range musically that she is streets ahead of most artistes in her genre. Everybody is a more mainstream offering than her seminal debut, Girls and Boys, but hey success ain’t a bad thing when it’s truly merited. -Tony Hardy 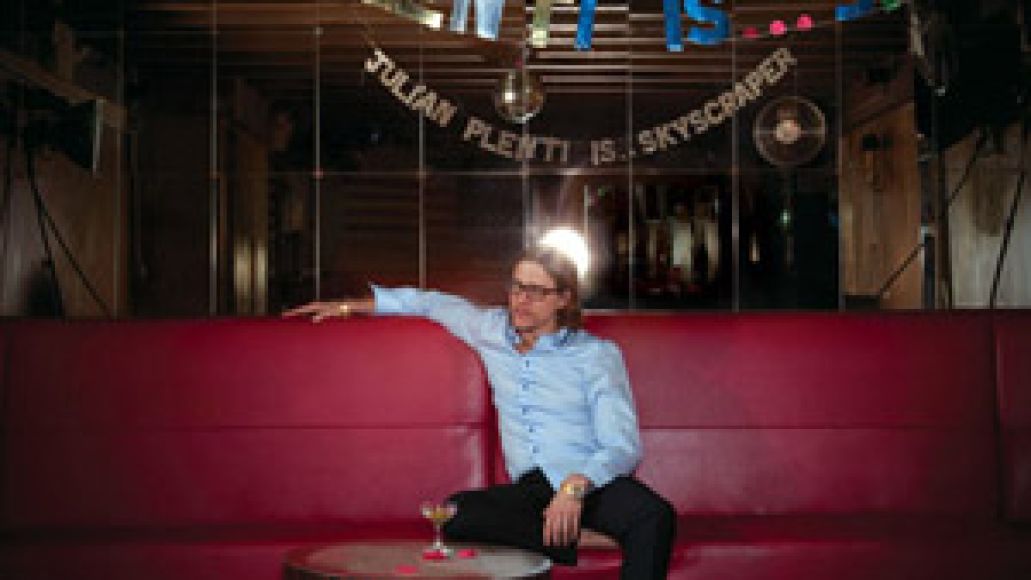 Breaking out of the Interpol chains, Paul Banks, revived his long-lost moniker to show the majority of other indie band solo breakouts how to sculpt an album with both consideration for a generally satisfying result and the need for personal expression. This indie rock album of sorts confused just as much as it beguiled but every consecutive listen left a bigger sense of content, meaning Julian Plenti struck a gold vein Interpol might’ve benefited from on their last album. -Jesper Persson

67. Bruce Springsteen & The E Street Band – Working On A Dream 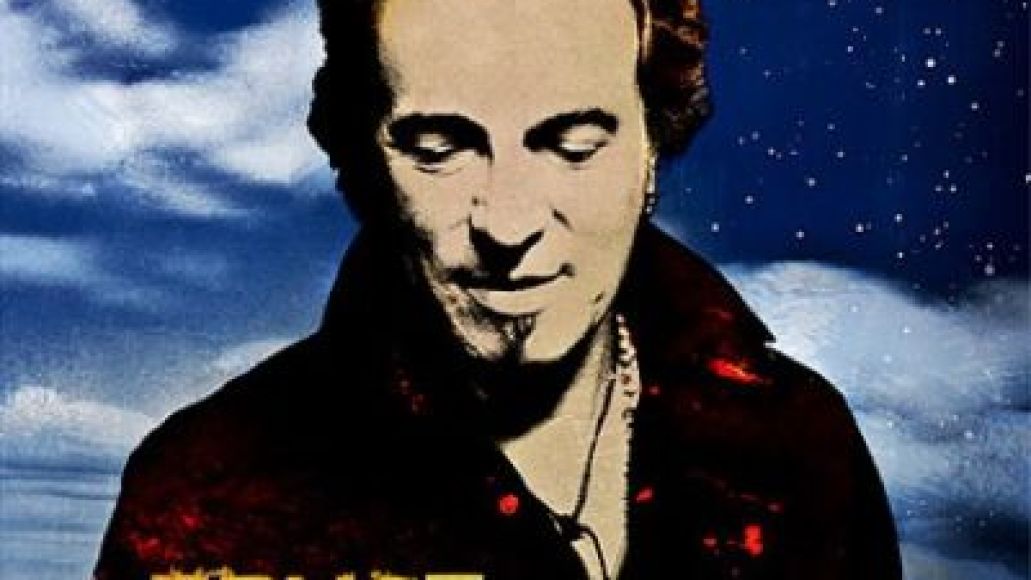 Bruce Springsteen has always been at his most interesting when he’s overly ambitious, and Working On A Dream saw the Boss’ romanticism reach melodramatic heights unseen since 1975’s Born To Run. While string soaked operas like “Queen Of The Supermarket” verge on the absurd, gritty black campfire tales like “Outlaw Pete” rank among his best work. He stretches his influences here as well, sludging into Tom Waits gravel on tracks like “Good Eye”, and baroque pop layers worthy of Brian Wilson on “This Life”. Working On A Dream may not be flawless like some of his other milestone albums, but it’s his most daring, which is more than can be said for many of The Boss’ peers, who continue to phone it in rather than put themselves out there with the good, the bad, and the ugly. -Dan Caffrey 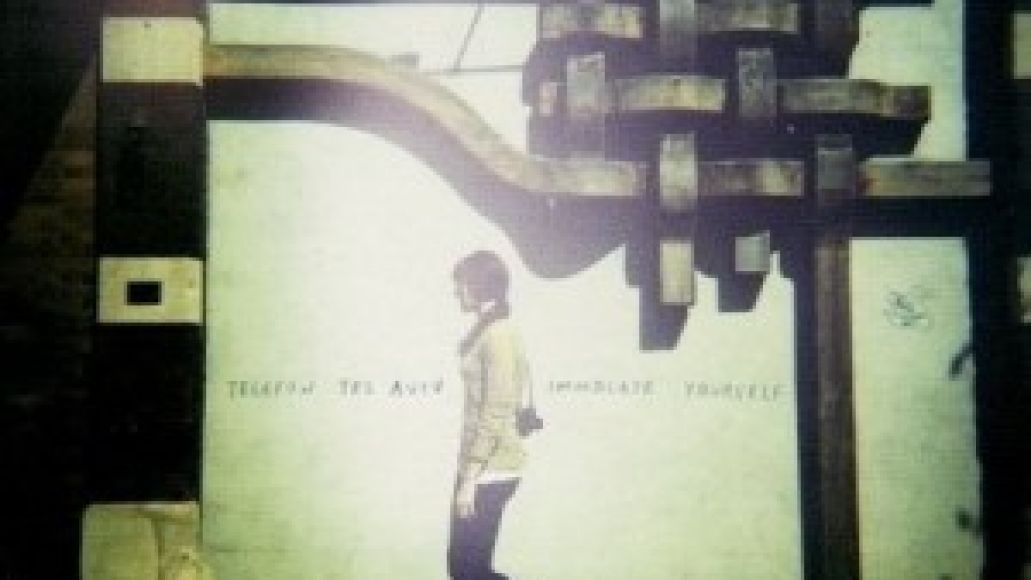 In the next few years, this album will slowly grow into somewhat of a legend. Not necessarily because band co-founder Charles Cooper was mysteriously found dead in a park in Chicago one week after the release of an album called Immolate Yourself, but hopefully because it will be remembered as Telefon Tel Aviv’s finest album to date and the last album by the band as we once knew it. Now, purely objectively, his last contribution to music in this world should be acknowledged and praised. -Jesper Persson 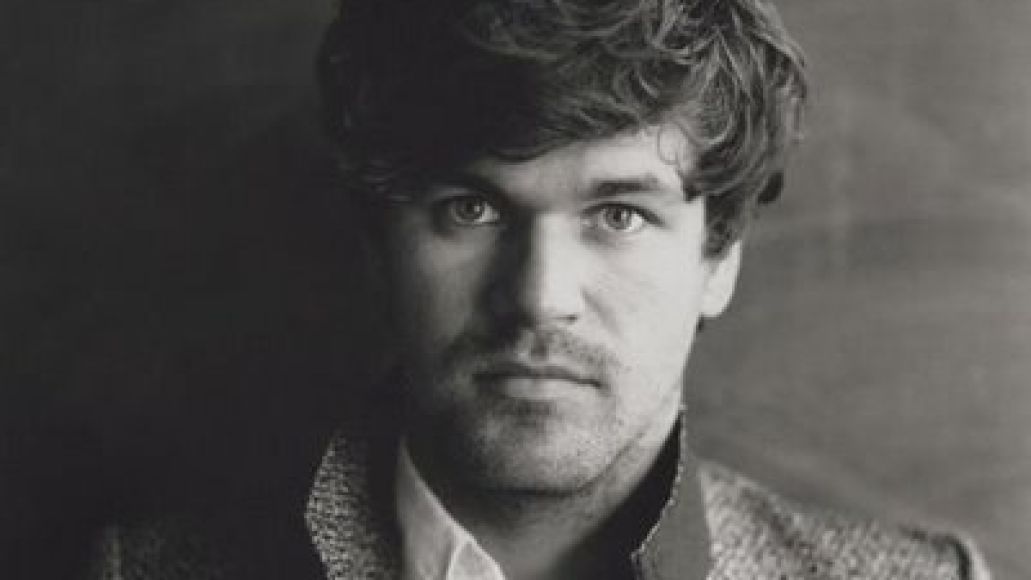 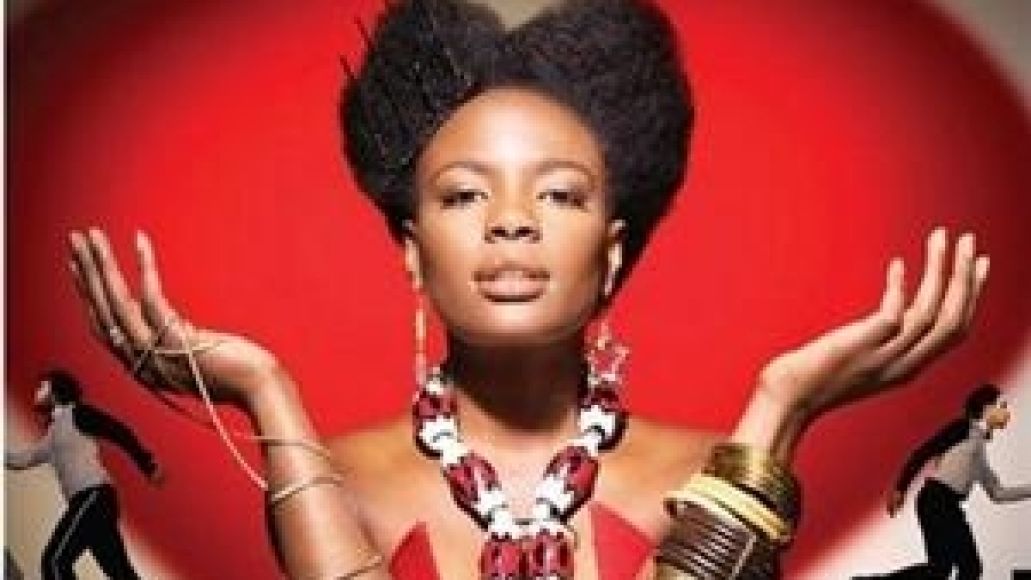 Rare is the album that you can listen to in order to both fall in love with someone with and make sweet funktacular love to. The English trio’s sound is everything danceable and joyous about ’60s doo-wop and pop. But it’s also got a lot of modern edge and plenty of rock to it. The piece de resistance of the album is bassist and singer Shingai Shoniwa’s voice. It’s big and gorgeous, smoky and intimate, and always boiling over with raw feminine power. Standouts include the dance fever-inducing “Don’t Upset The Rhythm (Go Baby Go)” and the sentimentality without the sorrow that is “Never Forget You”.  Be warned, though: Your heart should be racing by the end of the album. -Chris Coplan 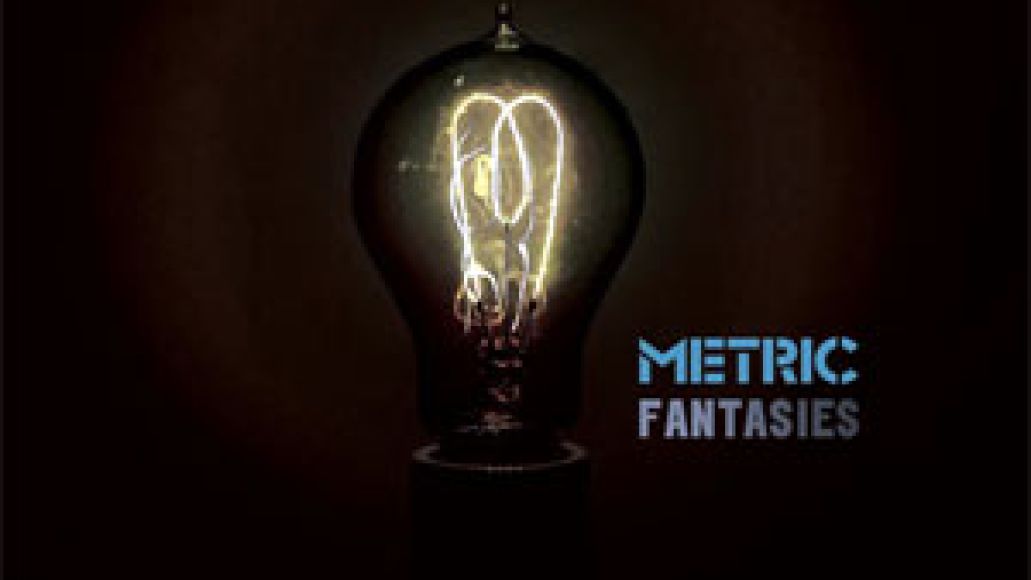 Metric’s music has been pretty raw in the past though this didn’t stop them from making great records. On Fantasies, the band’s sound is more polished with a wider array of styles. Highlights include the driving machine beat of “Help, I’m Alive”, the Garbage-esque “Sick Muse”, and the pop-rock of “Gimme Sympathy”. -Joe Marvilli

Atlas Sound was no longer just Bradford Cox’s side project when he was not spearheading Deerhunter after Logos. Cox’s admits to fawning over Animal Collective and wears his fanboy nature on his sleeve and the album was an experiment into the world of alternatve-folk mixed with electronica but was never satisfied with merely duplication. Logos added some new thoughts to the genre with songs like “The Light that Failed” “Shelia”, “Quick Canal” and the standout Noah Lennox featuring “Walkabout” by playing around with minimalist lyrics, a driven rock sensibility and guest vocalists. -Charles Poladian

61. Cymbals Eat Guitars – Why There Are Mountains 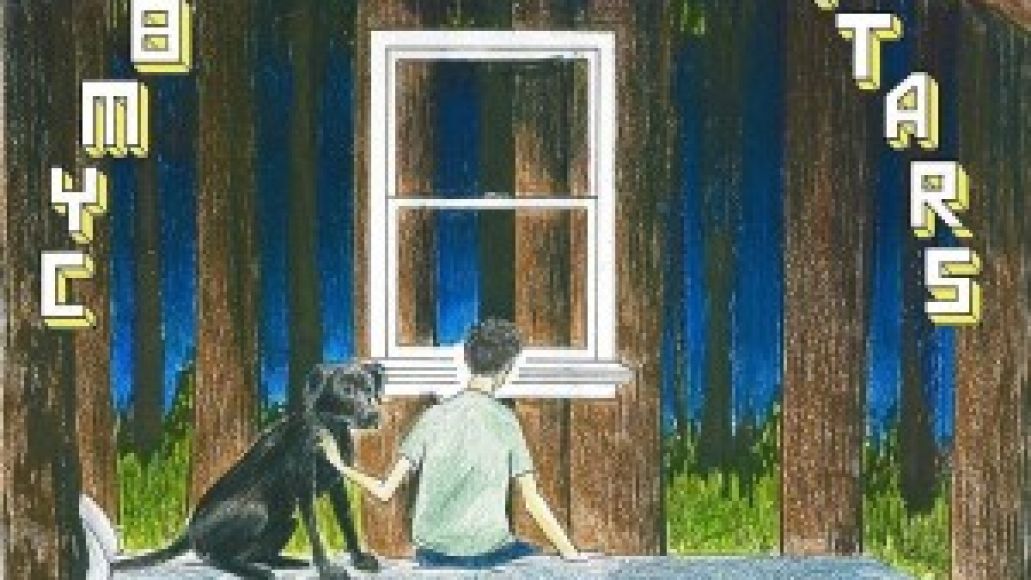 Listening to Why There Are Mountains, you forget very quickly how young these guys are. The maturity in their debut record brings back memories of early …Trail of Dead, but with a more  youthful naivete at hits heart. It’s a record torn between punk’s animosity and post-rocks chaos that you can tell was painstakingly crafted. Songs like “And Hazy Sea” and “Cold Spring” show an ambition that’s rarely heard in break out rock bands these days, and is one that sets them up for a real and lasting future. -E.N. May 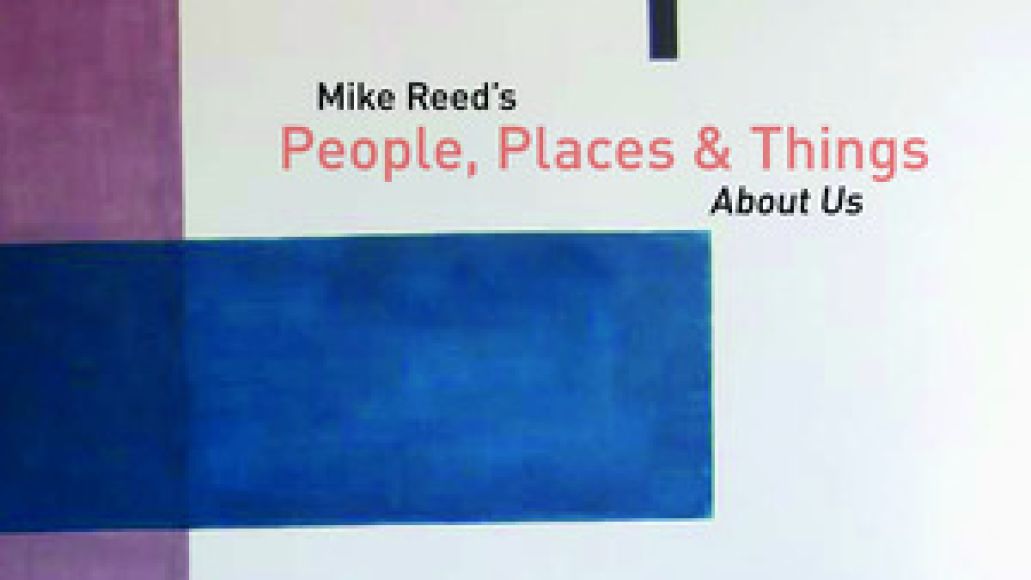 People Places & Things wonderfully encapsulates a large chunk of the current Chicago jazz scene and solidifies it in album-form. There’s not much better to say about any album. The virtuosos on this disc (composer/drummer Mike Reed at the helm, particularly) never fail to impress, kicking and swinging at a furious pace. Look for the Jeff Parker (of Tortoise) and Jeb Bishop features too; they’re nothing short of amazing. -Adam Kivel 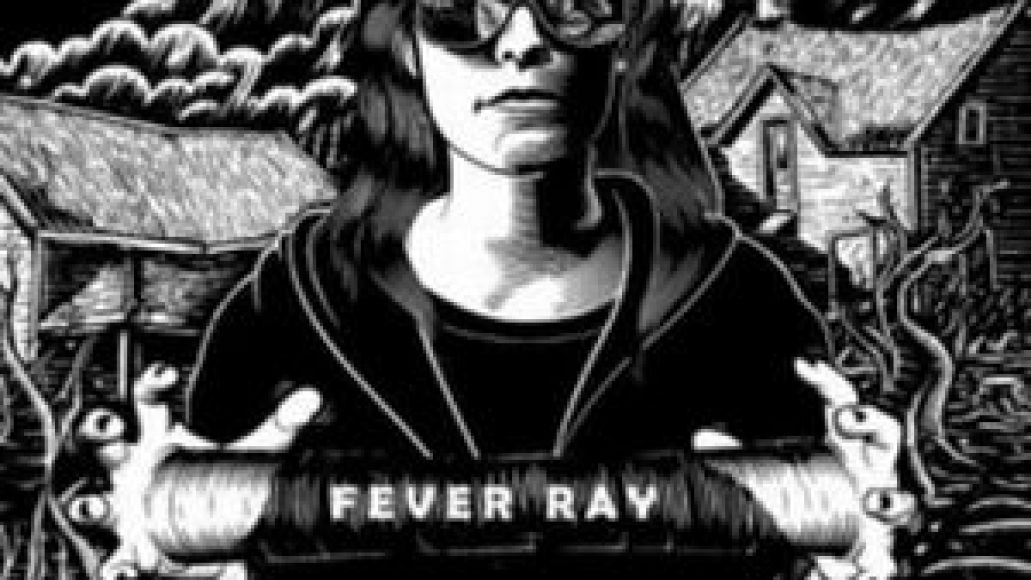 When Karin Dreijer Andersson (half of Swedish electronic pop act The Knife) announced a solo project, it was hard to know what she was capable of as a solo act. Turns out she retains all of the creepy mystique and electronic gadgetry of The Knife but brings more humanity to the lyrics. Album highlights “If I Had A Heart” and “I’m Not Done” sound cold and sterile at first but have warmth lurking just beneath the surface. -Anthony Balderrama 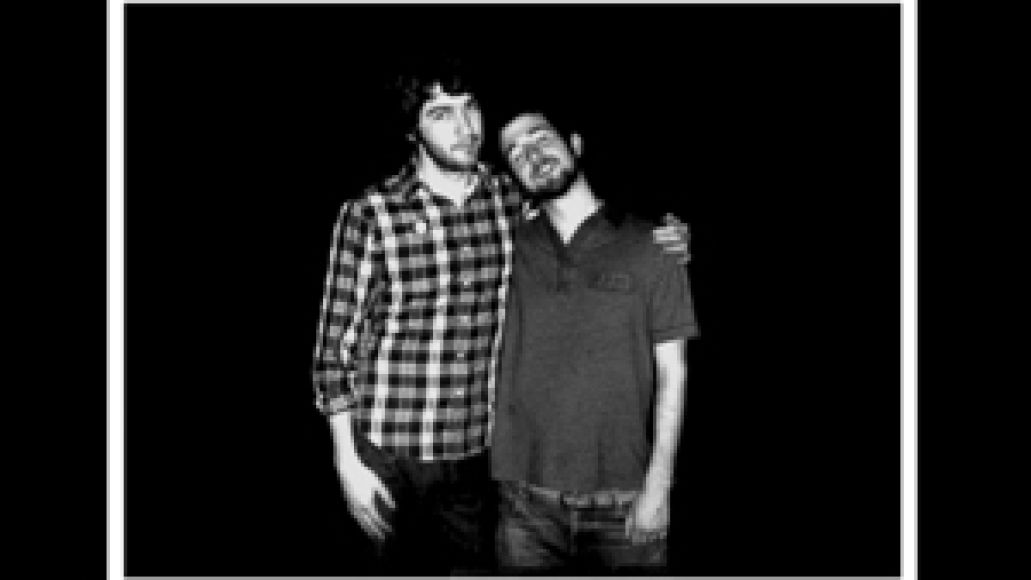 Japandroids throw caution to the wind, concerning themselves very little about literate lyrics and a flushed out, marketable sound. Instead, their distinct, party-ready lo-fi garage bliss contains as much truth as was possible of hearing on record this year. These two Vancouverites are remarkably self-aware and mature, but you’d never really give a shit when you’re in the midst of waving your head around to Post-Nothing. -Joshua Kloke 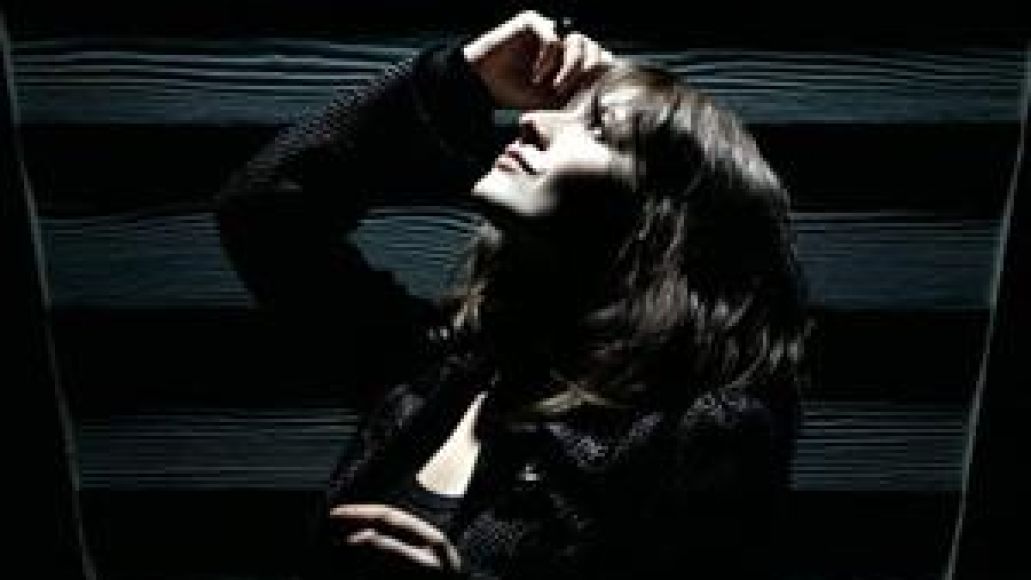 With Light & Dark, Kate Walsh has proved that her 2007 iTunes No 1 album, Tim’s House, was no flash in the pan. You’ll find achingly beautiful, at times painful and chilling songs alongside warm, breezy tunes, laced with exquisite melodies and delivered by a voice to die for. -Tony Hardy 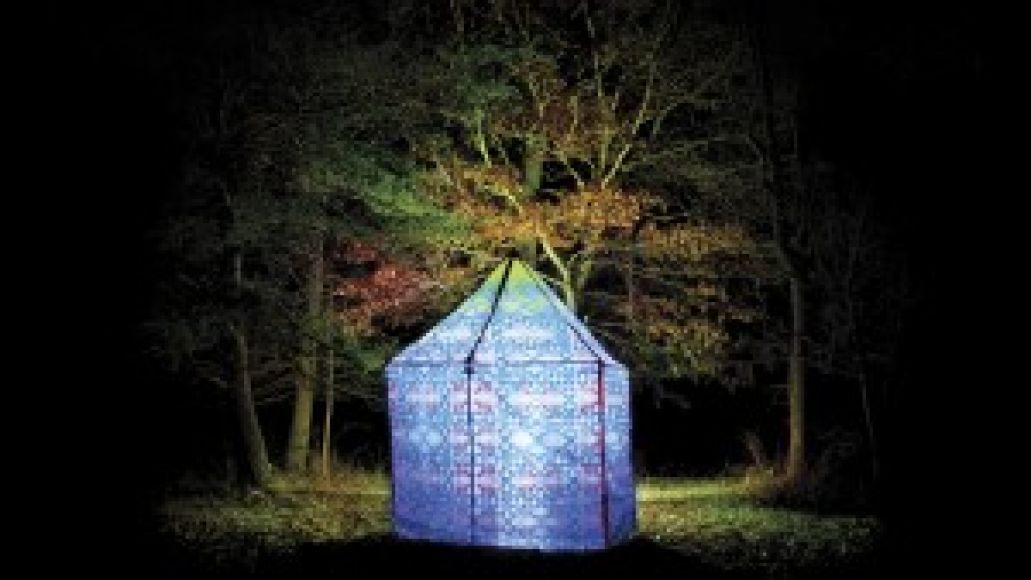 Dan Deacon describes his latest release, Bromst, as a celebration, and that’s spot-on. The album is an electronic cacophony of clanking sounds reminiscent of old-school video games and cheesy electro-pop. All of that is meant in the best way, though, because ultimately, Bromst is a happy album with funky beats that are pretty much impossible to make anywhere outside of Baltimore. It’s easy to get sweaty just listening to it. -Shayna Hodkin 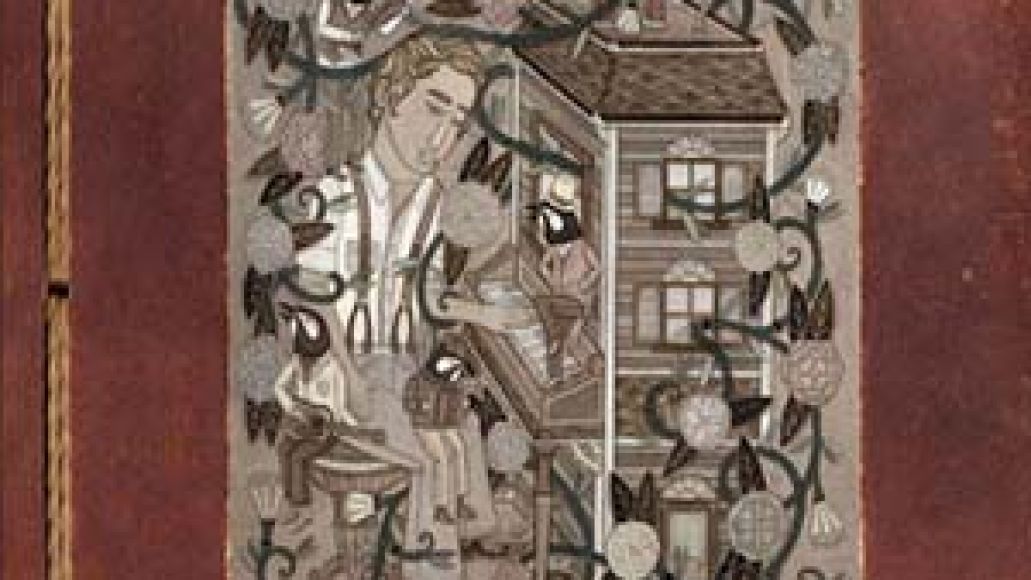 He’s been making solo albums for years, but it wasn’t until he joined The Raconteurs with Jack White that Brendan Benson began to get the attention he deserves. But with his first solo album in four years, he’s proven that he doesn’t need anyone’s help to shine. While White and the Dead Weather went off and made dark blues rock, Benson culled influences from Paul McCartney to Elvis Costello and beyond to make an album that is light and with a pop twist without forgoing any of the intensity and sheer rock ability that he honed with his Nashville buddies. It’s equal parts love letter, arena rock anthem, and something unexplainable. Well done, friend. -Chris Coplan 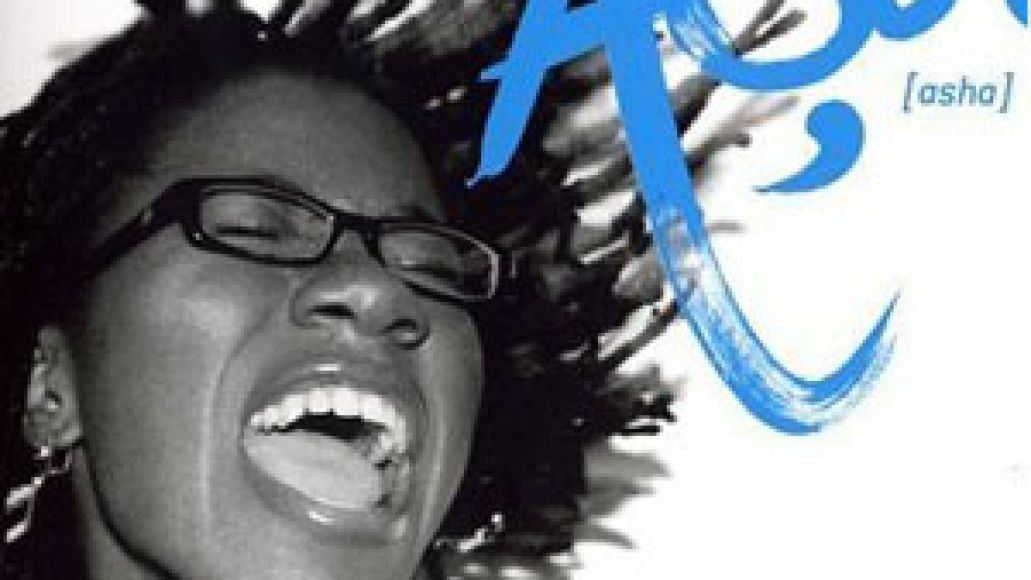 2009 has been the year when African winds have blown generously over the international music community. French-Nigerian singer-songwriter Asa emerged as one of the finest artists with her songs drawing equally from folk-pop and soul while presenting them with her contemporary African leanings. The song “Fire On The Mountain” has numerous lines in the lyrics that evoke a sense that Asa is one of the most important voices for not just Africa but a whole world which her music is now being exposed to. Pop accessibility and global conscience never sounded better together. In an African Woodstock, Asa would be the headlining act. -Jesper Persson 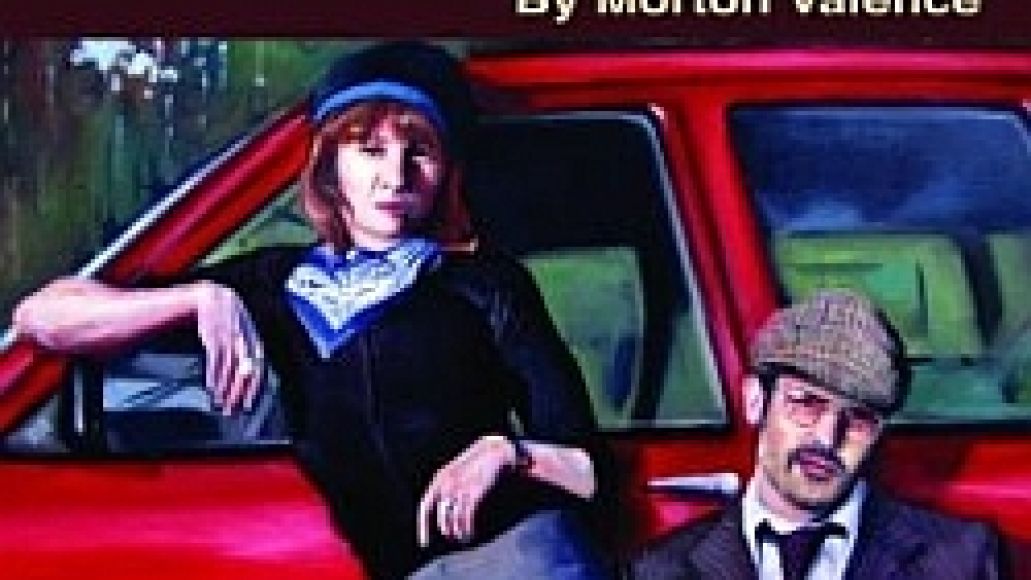 This is a truly great record you want to listen to from start to finish, over and over, without skipping a track – a perfect antidote to the ubiquitous iPod Shuffle. The songs are cleverly interweaved as they reveal the captivating tale of star-crossed lovers, Bob and Veronica. -Tony Hardy 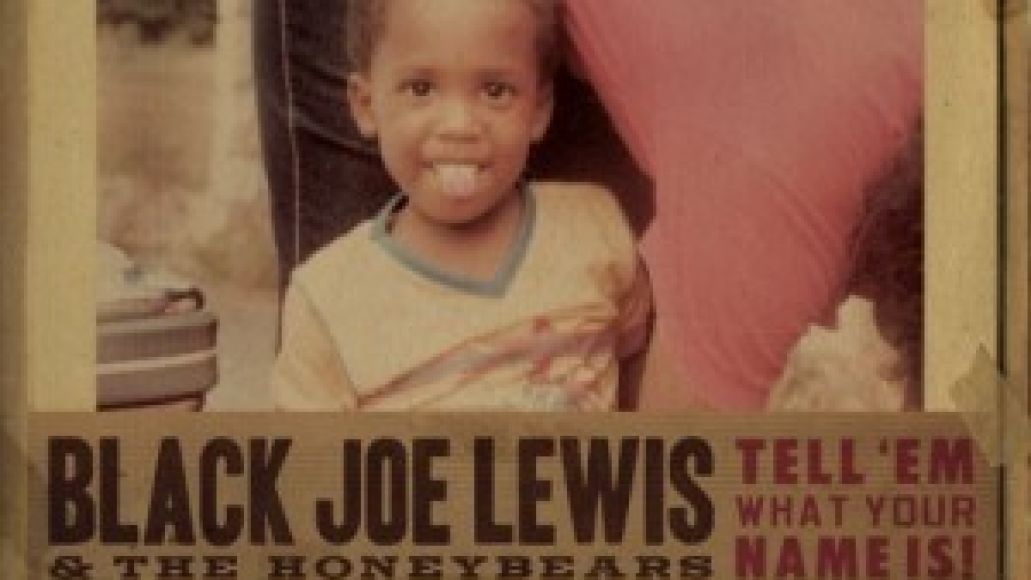 Want to impress your friends without having to break a sweat? Want to be the toast of the party and have people all over your face? Do you want to feel that awesome power of being two steps ahead of everyone else at that exact point in time? Simple. Put on this Austin, Texas soul scorchers’ incendiary debut record and loop the ten tracks the entire night. Soul? Rock? Awesome? Black Joe Lewis & The Honeybears deliver and will spice up your Saturday night with no questions asked. Trust us, we’re scientists. -Jay Ziegler 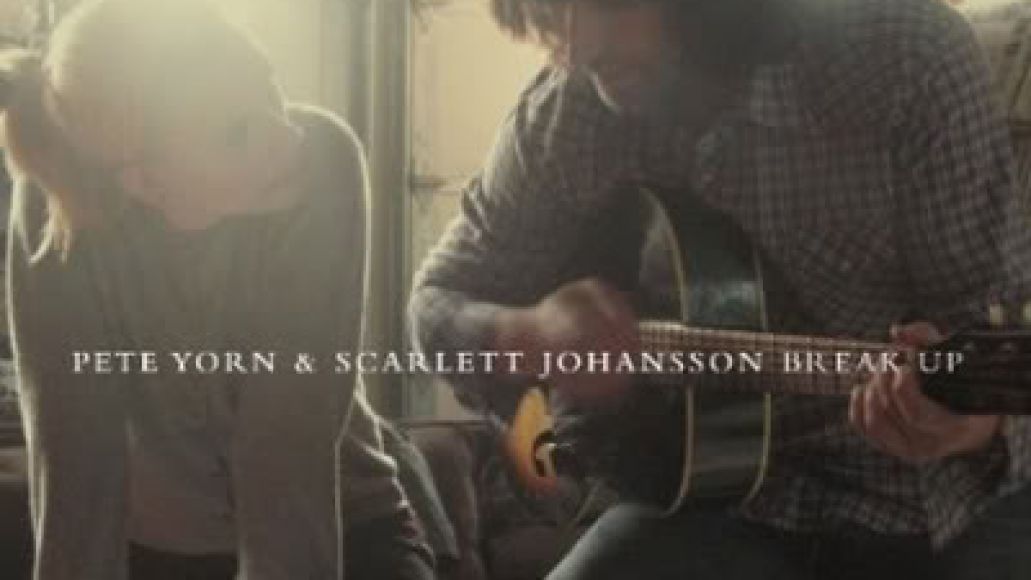 The very notion of Scarlett Johannsson making a record is laughable (see her Tom Waits covers). But this album with rocker Pete Yorn more than makes up for such blasphemy. In the vein of the duet albums of Serge Gainsbourg and Brigitte Bardot, the album is a near-perfect example of the disasters of a relationship.  From the initial argument of shallow means that is “Relator” to semi-sweet making up on “Shampoo”, the emotions are always moving to and fro and the sound is never anything but jingly. Almost makes us jealous of the relationship they’ve created. Almost. -Chris Coplan