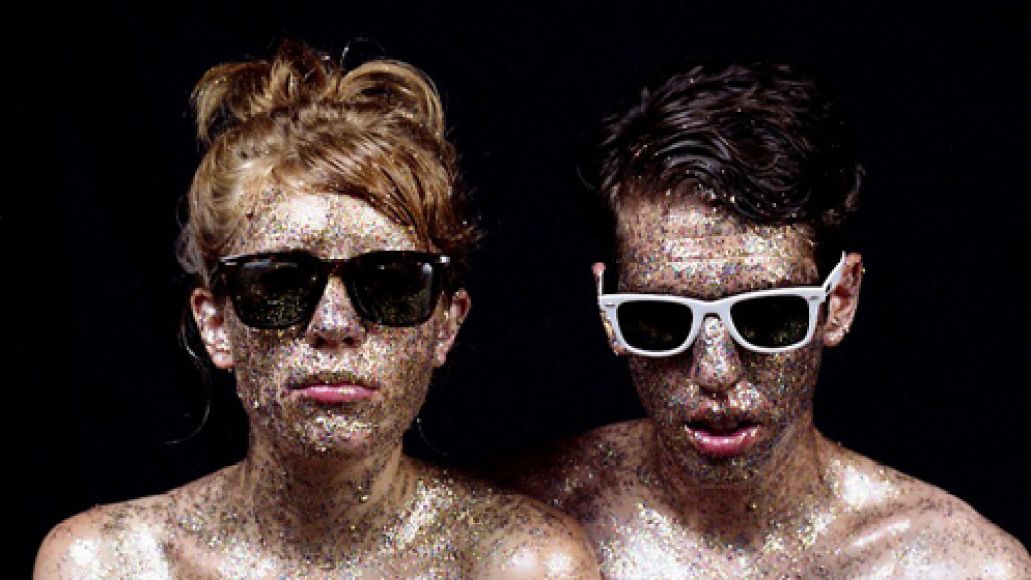 Originally a 1987 abstract take on a song by Rich Jensen, YACHT took the original and morphed it into this Talking Heads style pop gem. The quirk is mixed in with undeniable appeal and dreamy vocals creating a
romantically timeless and hypnotic track. -Charles Poladian 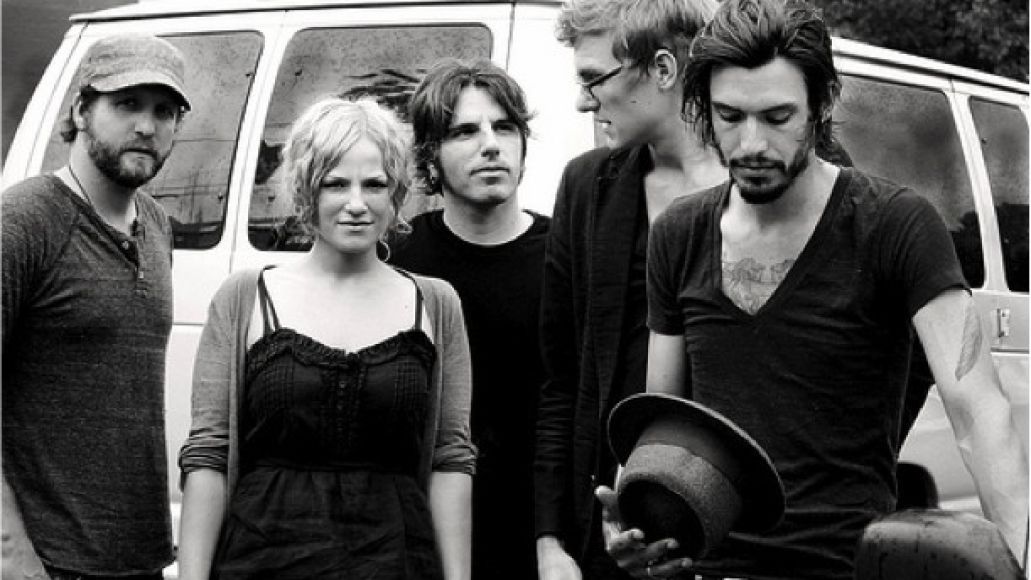 With Springsteen-esque acoustics and ’60s organs, Cory Chisel and his Wandering Sons managed to make a slow driver that bridges ideas of hope and realism. When Chisel wails in the chorus, “We all lose ourselves in the end,” given the times, we’re likely to agree. -Michael Roffman 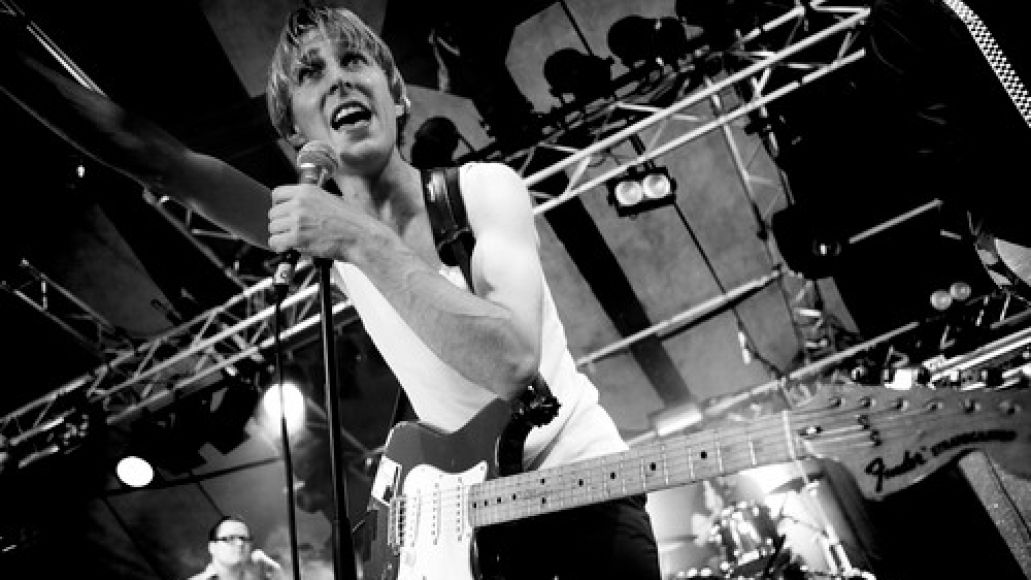 “Here on the street I’ve got everything I want/Where the people, blinded in their rush, hasten past/Here on the street I cannot be/Without the money for the needles I take.” As Florence Valentin combine some of the most important lyrics of the decade with irreproachable pop songwriting (borrowing the same synth piano line as Swedish compatriots Le Sport did for their “Tell No One About Tonight”) you start thinking there must be some profound purpose of the band’s lead singer and songwriter having the first name Love. No really. No kidding. -Jesper Persson 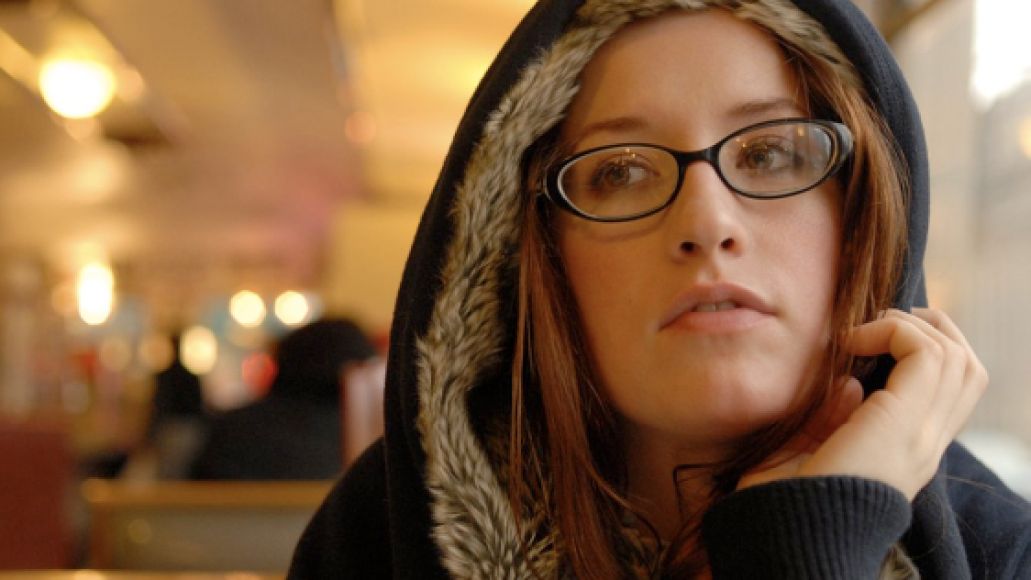 This piano-driven charmer is one of many standouts on Michaelson’s fourth album, Everybody. “My love’s to big for you, my love” she croons as a swell of strings carries the song to a sublime crescendo. A kiss off has rarely sounded so winsome. -Gillian Rosheuvel 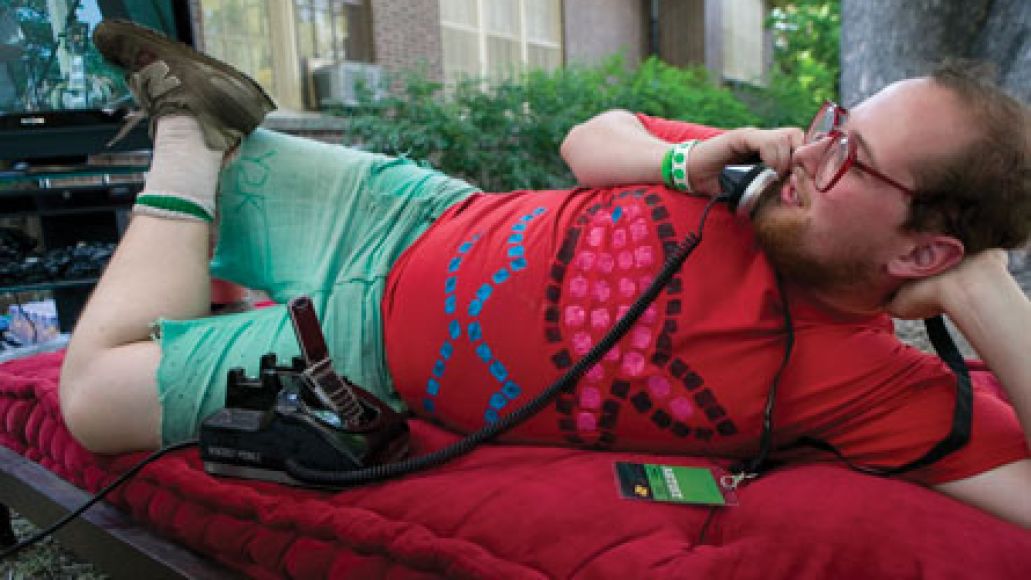 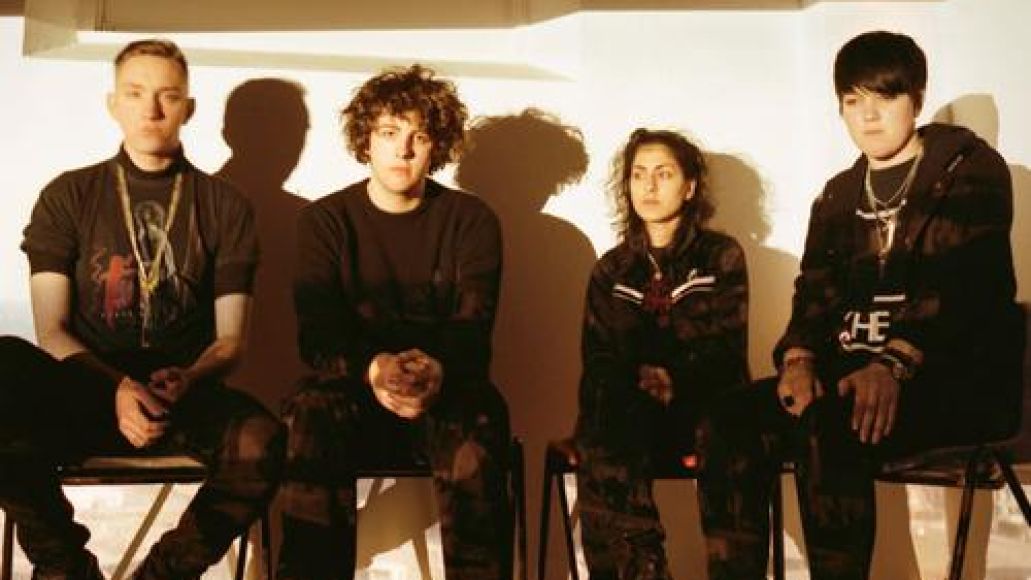 Paradoxically catchy, “Heart Skipped a Beat” is the go-to track from The xx’s infectious debut.  It’s one of the most understated pop songs of the year, with clean guitar notes, spacious handclaps, mumbled lethargy, and a chorus that somehow gets you to sing along nonetheless.  It’s pop music devoid of the pop, and there’s nothing to complain about there. -Drew Litowitz 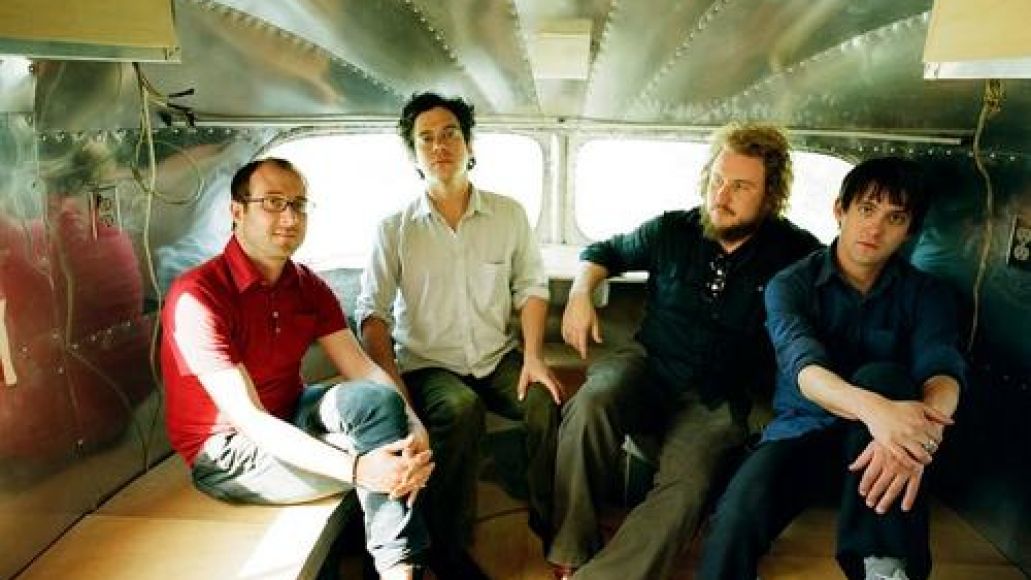 We are all in this together. That’s the message from the foursome on this track, and it fits so perfectly into the chaotic feel this past year. The track takes a lot from Neil Young with a wall of country strums as they tell us not to be afraid to lean on one another, and just “say please.” -E.N. May 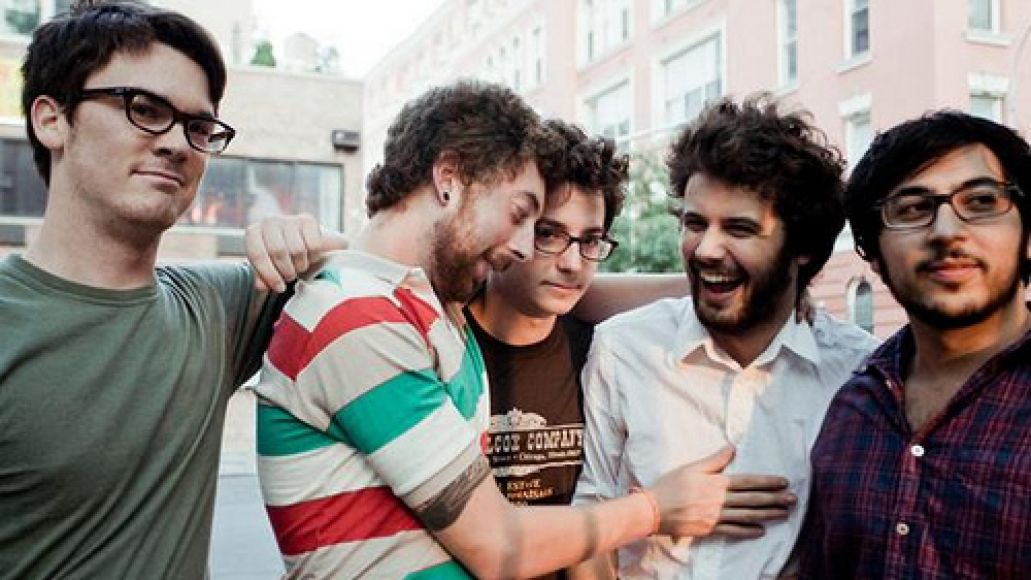 Maybe it’s the sound of children singing in the chorus that make this song so cheery, enjoyable, and slightly innocent. The thing is, that’s exactly what this song represents: innocence. Because after this song came out, Passion Pit weren’t just a bunch of dudes making good music, they were a famous electro-pop band. -Ted Maider 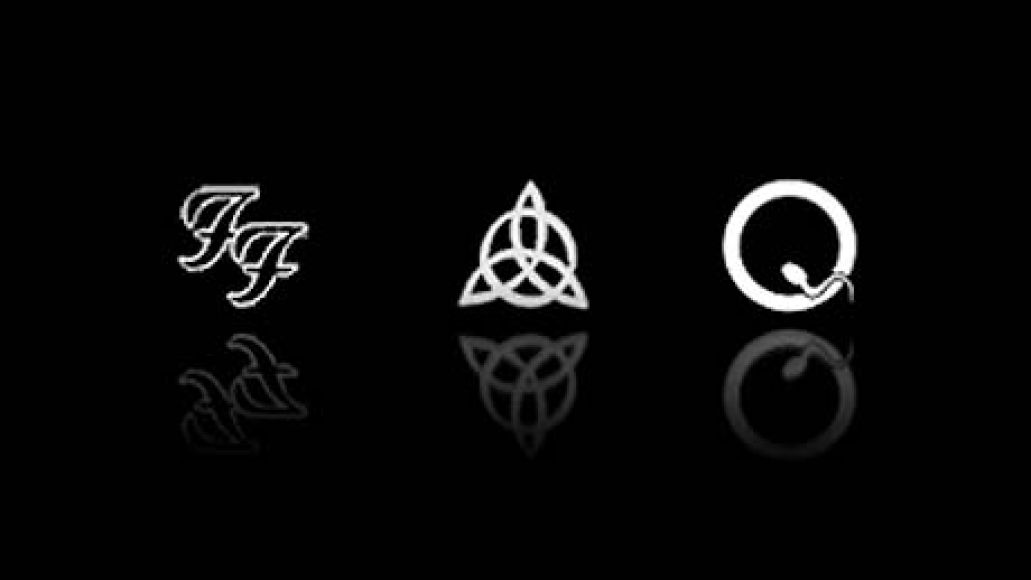 With “New Fang”, we all got schooled. It was John Paul Jones’ way of showing his protege band mates how to write a heavy, pound your head in rock song with soul. The combination of talent swells until it’s bursting at the last 30 seconds as all the distorted bluesy forces collide. No wonder Dave Grohl said this song was a work out live. It’s nothing new or groundbreaking as the title suggests, but it was the kind of jam-out rock song that we had been missing all year. -E.N. May 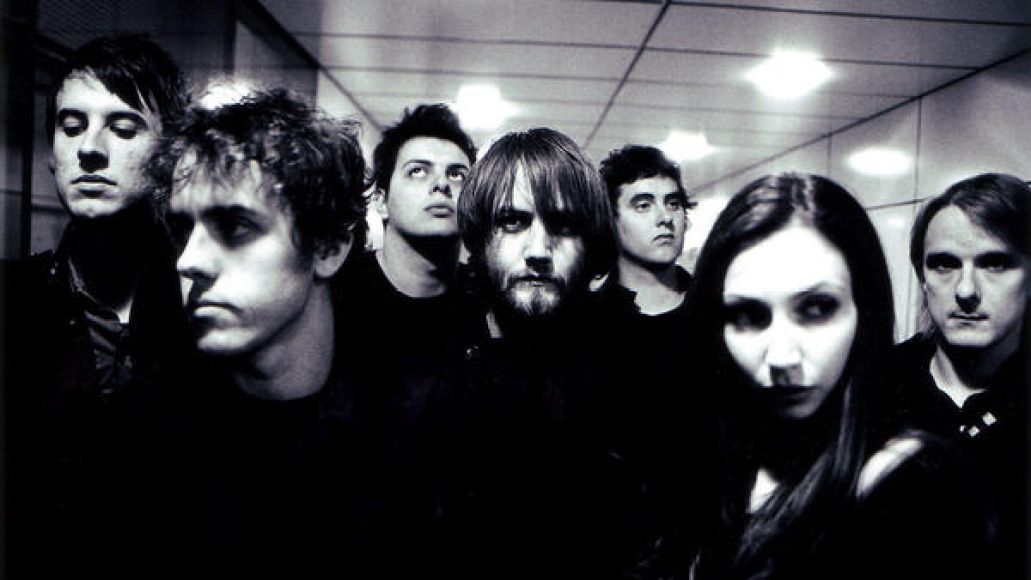 Revere’s stunning orchestral-rock tour-de-force has a haunting slow build breaking into epic waves of sound, which realize tumultuous outpourings of genuine emotion. Vocally and instrumentally “The Escape Artist” is as good as it gets, and close on seven minutes of utter magic. The release of the UK band’s debut album can’t come soon enough. -Tony Hardy

40. The Flaming Lips – “Watching the Planets” 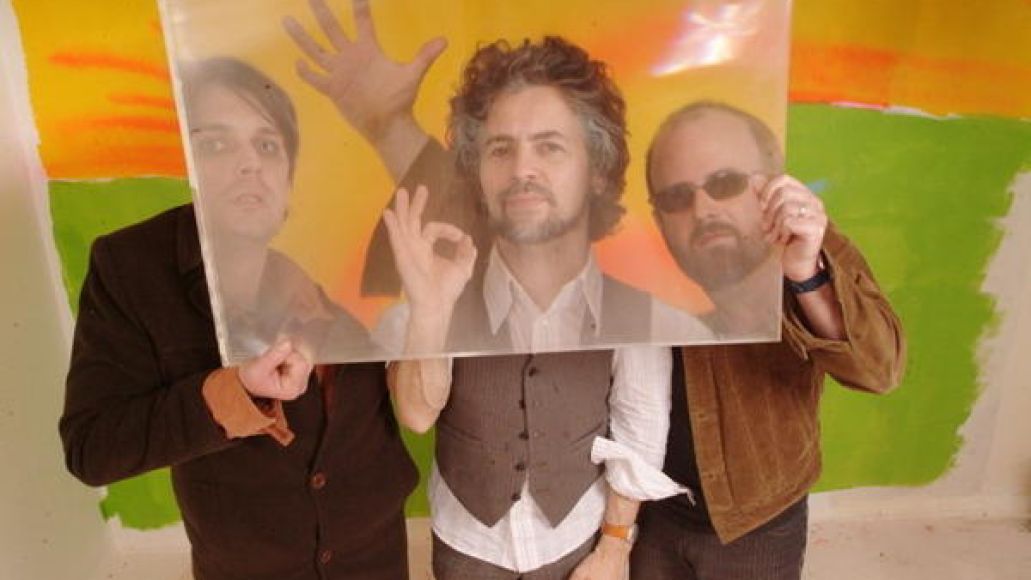 “Watching the Planets” is a crunchy epic with Wayne Coyne’s vocals fuzzed to the max and more percussion going on in one song than in most LPs. The song’s musical and lyrical repetition gives you more time to meditate on Coyne’s lofty pronouncements that he’s got no reason to lie and is killing the ego. Whether these are grand metaphors or nonsensical rants, you’ll find yourself screaming alongside Coyne with an equal amount of conviction and your fists in the air. -Anthony Balderrama

39. A Place To Bury Strangers – “Keep Slipping Away” 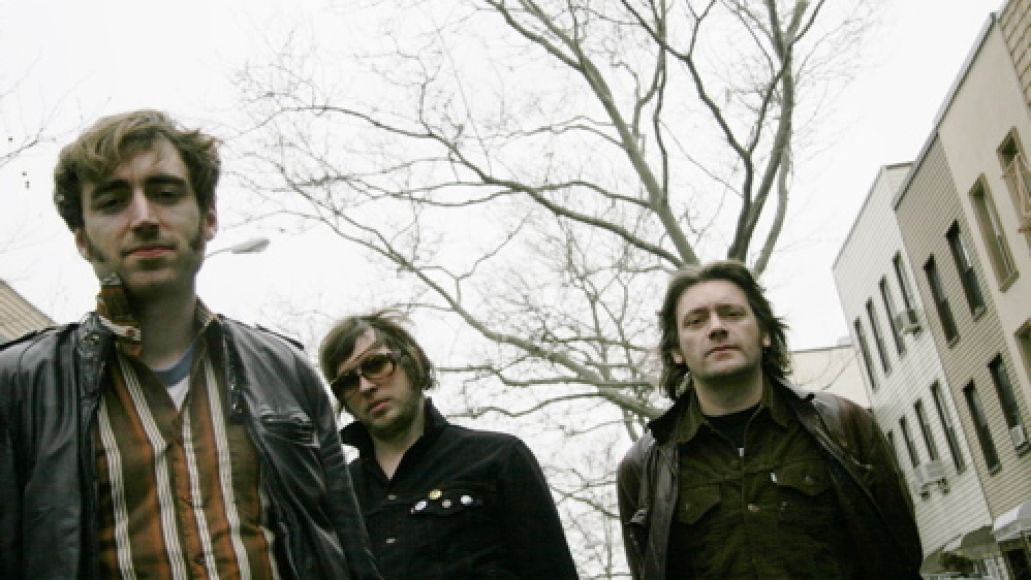 By far one of 2009’s best releases is the sophomore release Exploding Head from the Brooklyn trio A Place To Bury Strangers. What make this song so incredible aside from the loud production and haunting lyrics lie in the guitarwork alone. Oliver Ackermann’s elegant and dreary guitar melodies playing over the rhythms provided by the band paint a desolate tale of lost love and heartbreak. While the subject matter is far from new, A Place To Bury Strangers throw a great spin on an old tale with a nice sendup of the late 80’s goth/shoegaze movement too. If things do indeed “keep slipping away”, this Brooklyn trio are far from eluding success and provide a great melodic slice of hard rock that’s quite a breath of fresh air. -Jay Ziegler 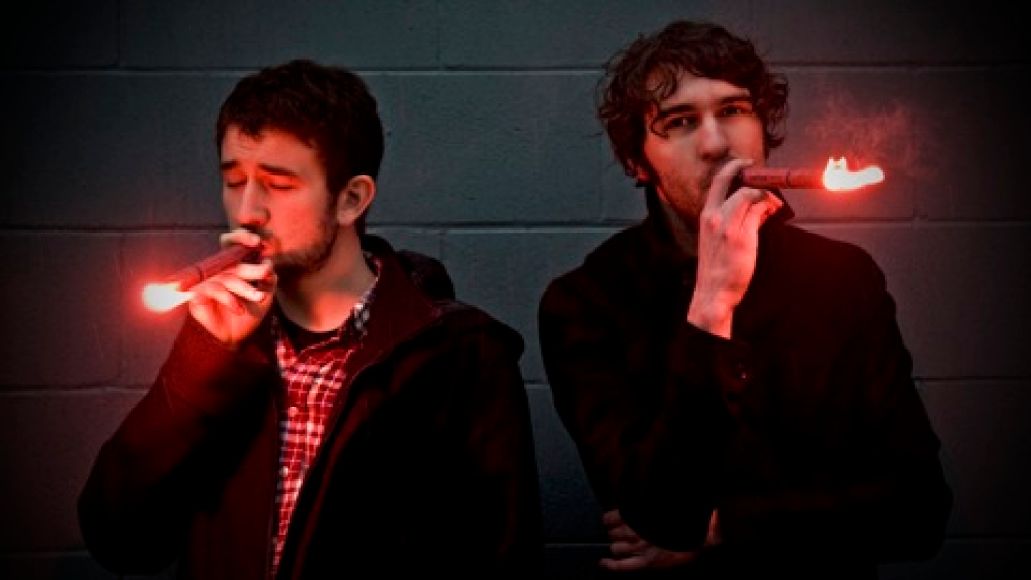 Honing 90s alt-rock more than any creddy noisy indie band in the last few years, Japandroids found the right tone with Young Hearts Spark Fire, a desperate yet passionately vivid exclamation of the aching here-and-now state of mind of the youth. This is anti-euthanasia at its best. -Jesper Persson 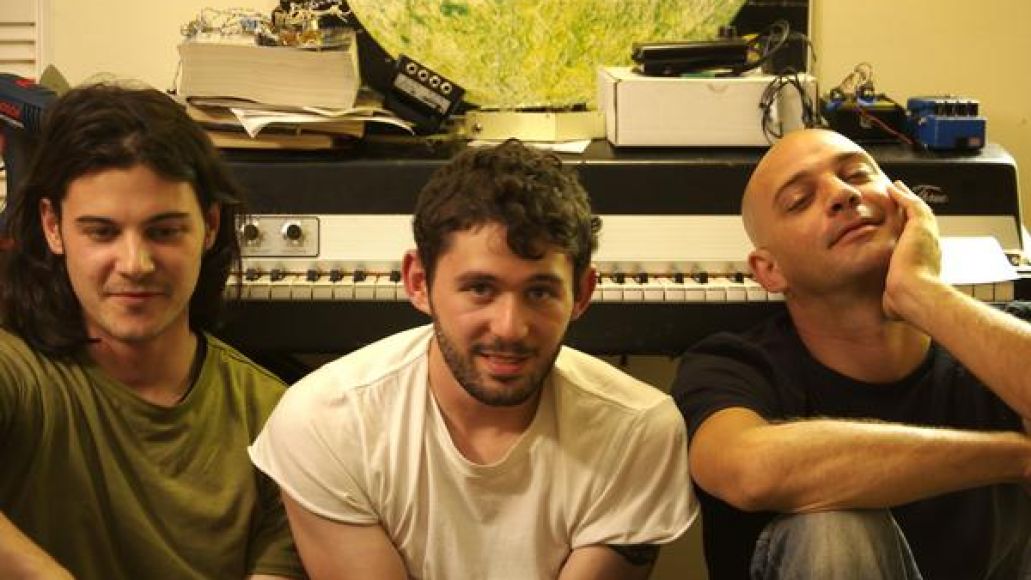 Eerie mechanical crackling smothers Peter Silberg’s whispery falsetto, before crashing guitar chords and drums force him into a yelling frenzy. It’s a love song, but one told in a roundabout way. From the point of view of a guy taking care of his ill significant other, Silberg creates stunning ambivalence that accompanies a post-breakup revelation. “Go back to screaming and cursing,” he pleads to her on her deathbed. He would rather her be angry than lifeless, but he’s only now realizing it. The angry/sad word-sound interplay is a stunning achievement. -Drew Litowitz 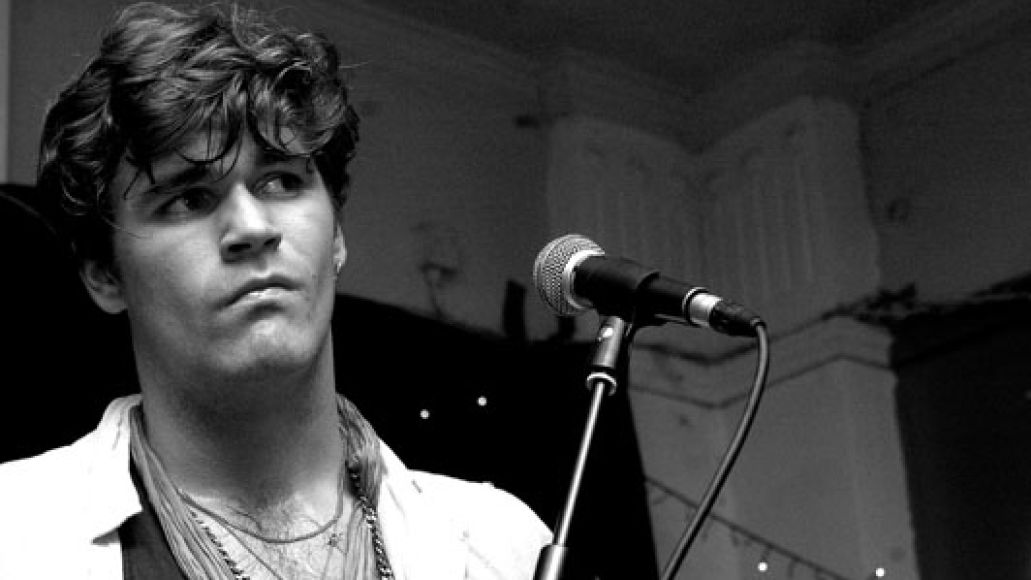 “I found myself aside/A boat about to leave for foreign tides/I shouted for a ride/But no one answered me, no one replied.” “So Near” paints a setting in bluish dawn where a man reaches new crossroads in his life. Jack PeÃ±ate chose the personal, sincere way and with this song he reappeared as one of the most sympathetic, underrated and arguably brilliant songwriters and pop artists. -Jesper Persson 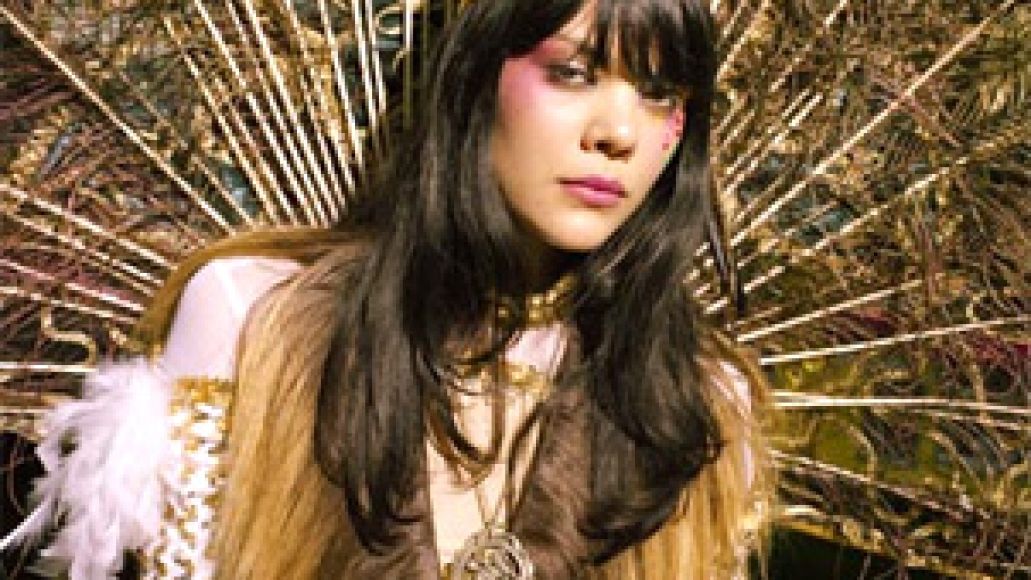 This is a hauntingly intimate, atmospheric song combining hidden depth with a degree of listen-up immediacy and acts as the perfect taster for the Two Suns album. Natasha Khan’s otherworldly vocal cascades over swirling synths to create a dream scape through which the song ebbs and flows. -Tony Hardy 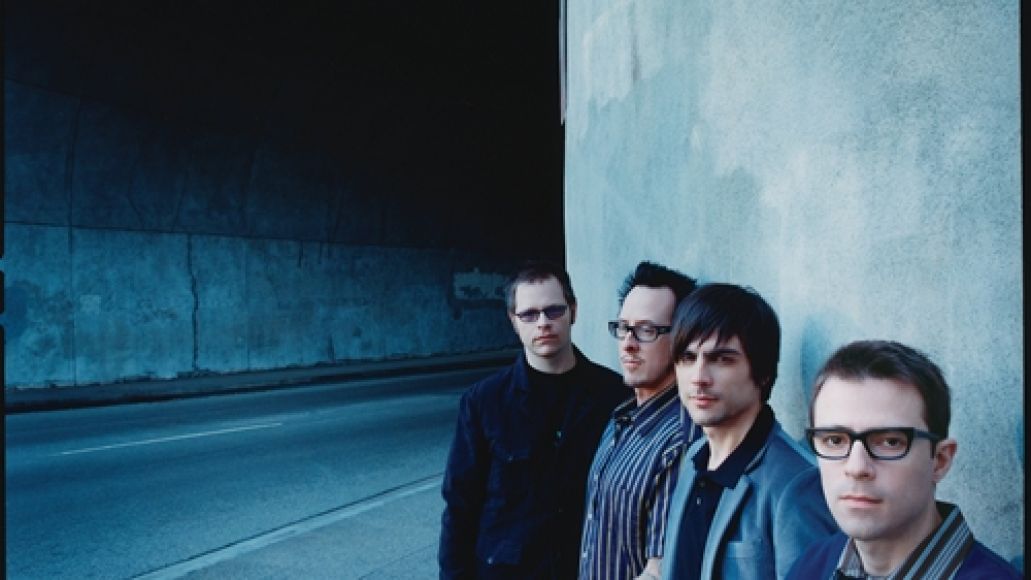 Weezer’s aptly-yet-breathy titled single off Raditude closed the summer perfectly. It’s “bubbly,” the sort of stuff that made Cheap Trick (semi) famous. When it boils down to it, the song works off of a perfect solution: upbeat chords, a bouncy beat, and a punchy chorus. Then again, didn’t Rivers Cuomo spend a whole year in recluse, diagramming and studying pop music? Oh, right. -Michael Roffman

33. The Decemberists – “The Wanting Comes in Waves / Repaid” 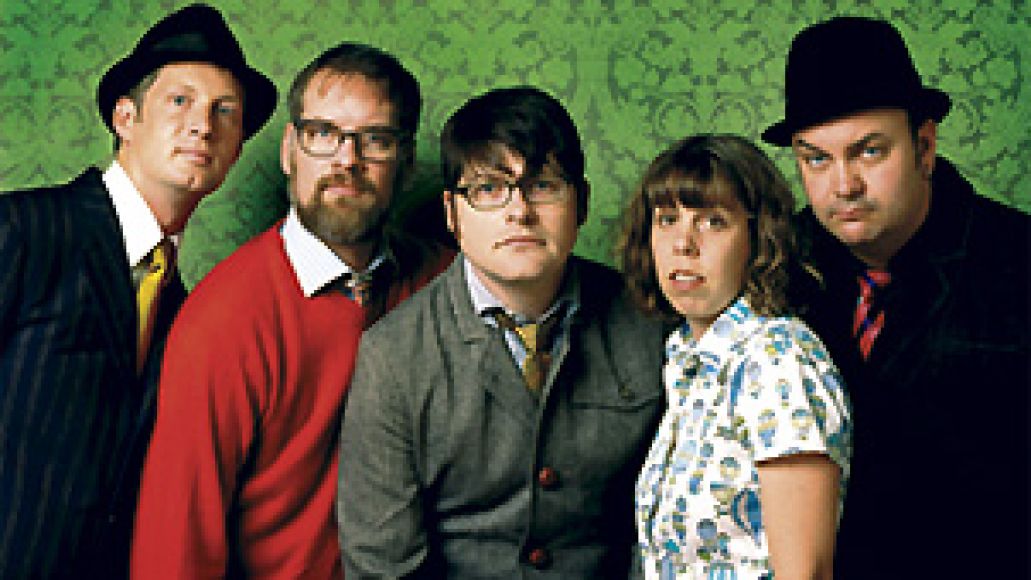 The Hazards of Love was the album where The Decemberists’ pretentious reputation might’ve proven itself true, and this six-minute centerpiece could’ve been the only piece of evidence you needed-but neither happened. “The Wanting Comes in Waves/Repaid” is a duet between Colin Meloy and Shara Worden that explains how an evil queen allows her supernatural son to enjoy an evening as a human to be with the woman he loves. It should be ridiculous, but it’s an impressive display of flashy rock with wild guitars and good, old-fashioned howling vocals. -Anthony Balderrama 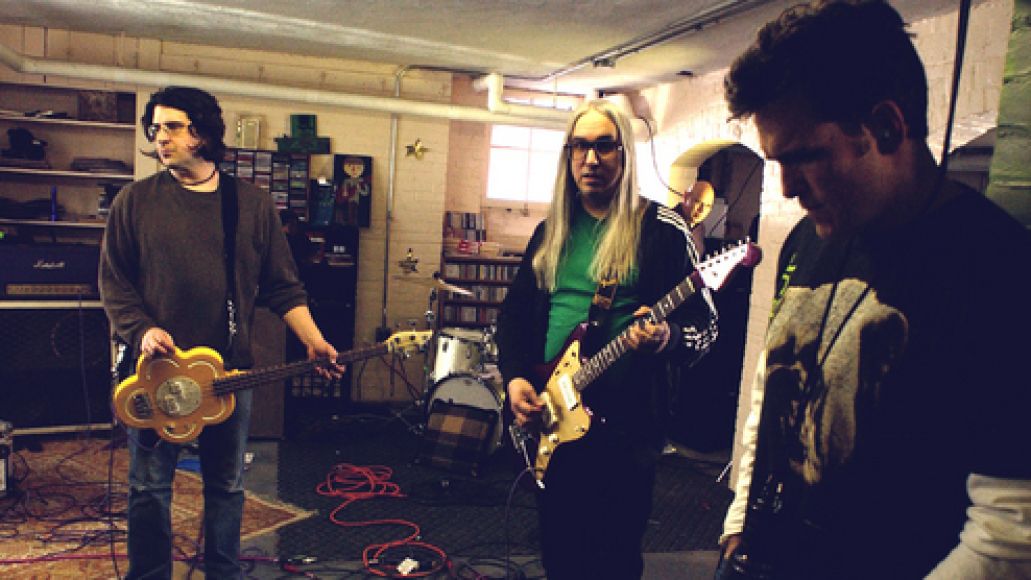 Murph stomps, Lou Barlow throws notes around, and J Mascis drools over the microphone (and probably the guitar, too). It’s sloppy, sure, but the chorus swells of rich, tasty melody — the kind that’s sweet, sour, and bitter. Oy, and that solo! To quote any Jewish woman, preferably my aunt, “Mah-velous.” -Michael Roffman 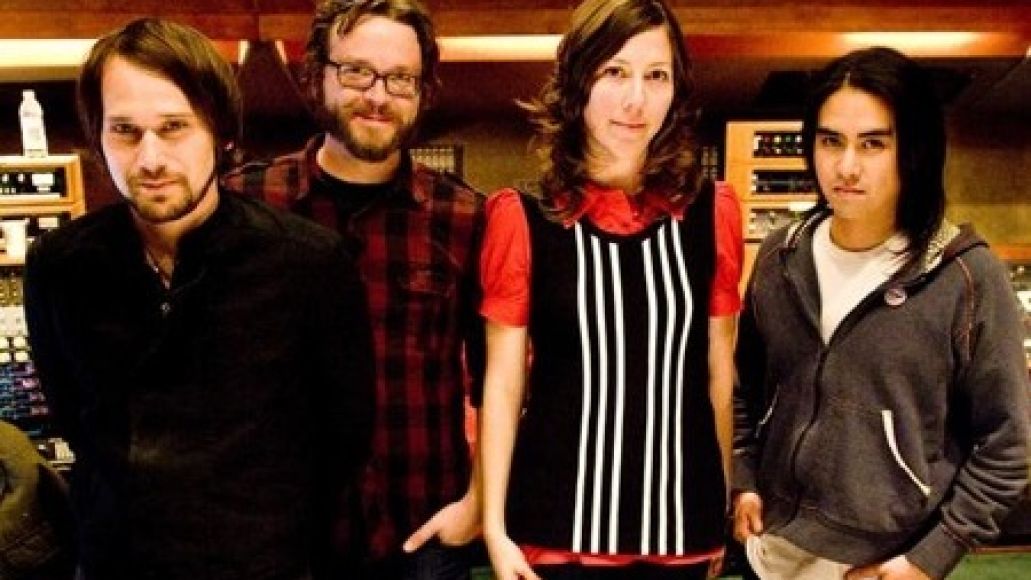 Clicking alive on the heels of their sophomore release Swoon, Los Angeles shoegazers Silversun Pickups continue where 2006’s Carnavas left off. With a thicker and crunchier production value, Swoon delivers a bigger punch to the mouth than any of the band’s previous efforts, especially here on “Panic Switch.” Guitarist/vocalist Brian Aubert channels his guitar prowess and tenor-like vocals into a chug-a-lug heavy shoegaze sendup, dripping with echo-laden guitars, little guitar solos, thumping basslines and top notch production values. All this combined prove why the Pickups are one of the most charming bands out on the town, heading into 2010. -Jay Ziegler 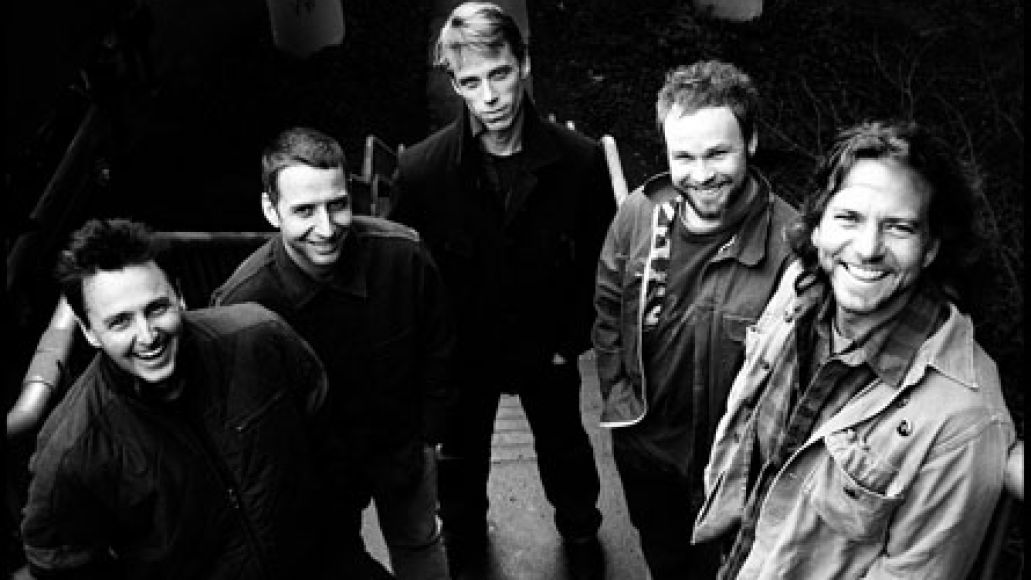 With the end of the Bush Administration fully realized this past January, the Seattle bred quintet finally put the effigies of Dubya away for good. Following a fiery political path starting with 2002’s Riot Act, it’s great to finally see the band “alive on two legs” again with Backspacer. “The Fixer” is a great slice of summertime fun and positioning the band back in their heyday of careless, but thought provoking rock outs. Stone Gossard and Mike McCready’s guitars sure sound brilliant. Sure it certainly “is no Ten” but that’s precisely the point, and that’s why Pearl Jam still knows how to rock, good times or bad. -Jay Ziegler 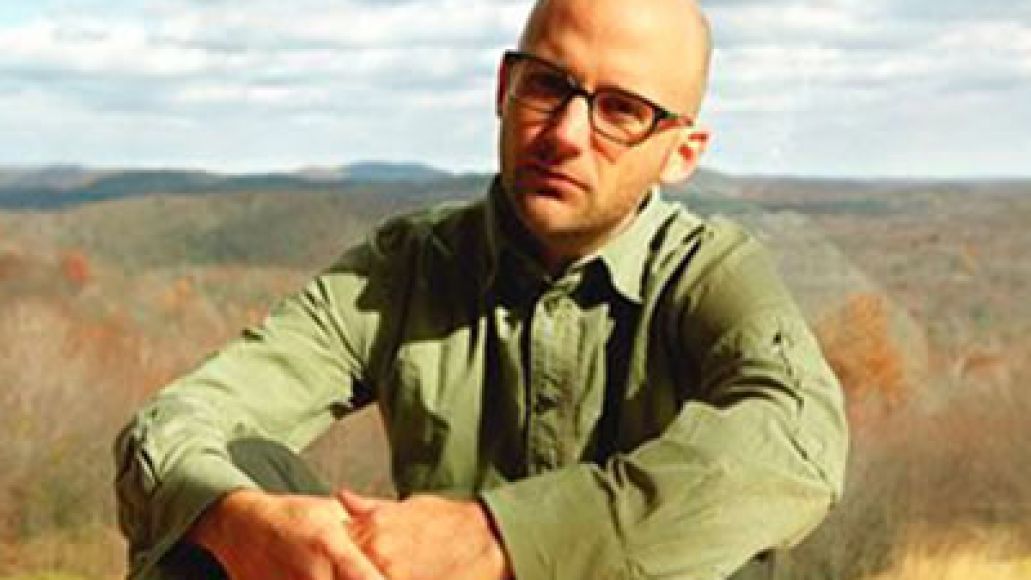 “Mistake” is the embodiment of what makes Wait for Me an amazing album. All of Moby’s best skills are at work in this song: melodic synth strings, passionate guitar work, and emotional vocals. “Mistake” carries on Moby’s tradition of swelling, cinematic songs that take new life in every individual listener. No matter what your unique heartache is, “Mistake”, can narrate if for you. If you need to run through freezing rain calling your ex’s name, or pull a gun on you ex and his/her new flame in an alleyway… you might want to have this song queued up on your iPod (and your therapist’s number on speed dial). -Cap Blackard 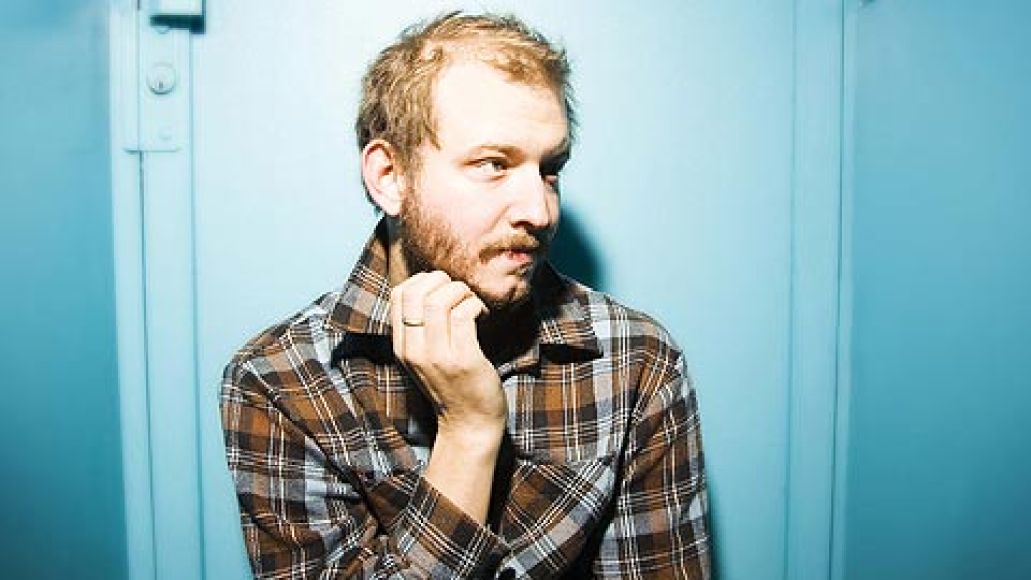 Justin Vernon has an affinity for winter. Just look at Blood Bank‘s snowed-in album artwork. But it’s not without reason. On “Blood Bank”, Vernon sings from inside a sonic igloo molded from cool choir vocals and lush acoustic strumming. In the process, he makes snowstorm auto-entrapment sexy (“We were stuck out in your car/you were rubbing both my hands/chewing on a candy bar”), calls attention to bags of blood, and creates a love song that’s chilling in every sense of the word. -Drew Litowitz 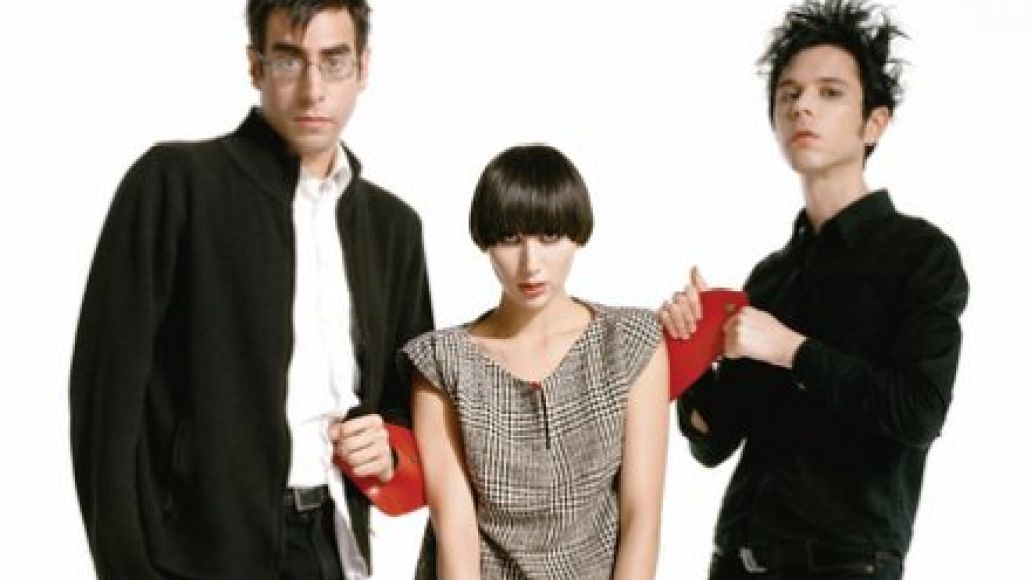 The introduction of Yeah Yeah Yeahs 2.0 starts off simply enough but man does it kick into overdrive. Put your leather on as Karen O puts out some of her best work as a singer yet, evocative, sexual, and completely in control. -Charles Poladian 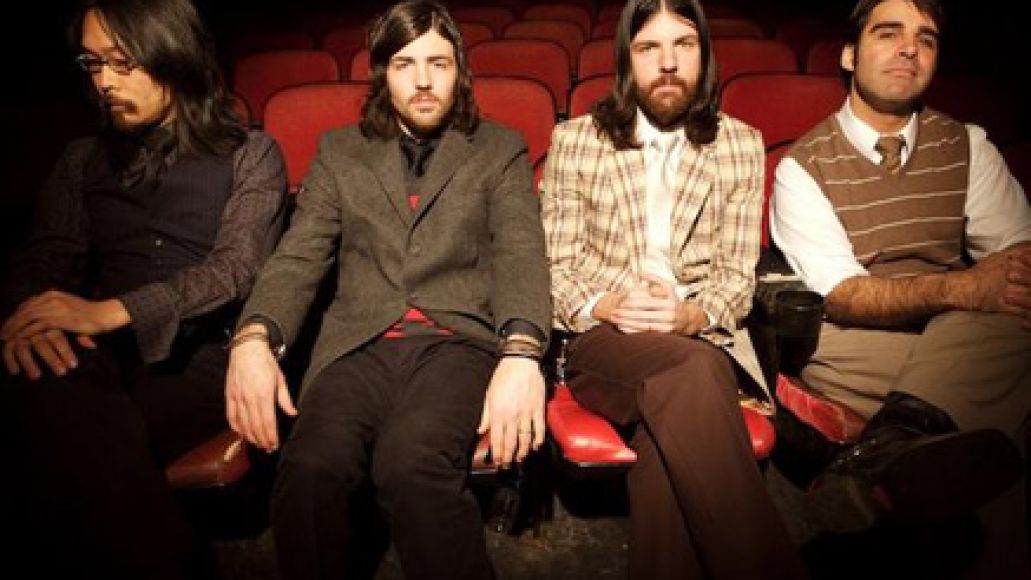 An outstanding title track, “I and Love and You” sets the tone of The Avett Brothers’ 2009 release. The hero of the track is packing up and leaving town, but the song is about much more than that. Soaring choruses, pitch-perfect harmonies, and that bitter, yet perfectly rendered acceptance. “Three words that became hard to say/I/And Love/And You…” -Justin Gerber